On Page 3 of this March 4, 1823, edition, Arkansas Gazette publisher William Woodruff suggests the Arkansas Territory hasn’t heard since December from its delegate in Washington, James Woodson Bates, because the mail has run awry again.

Bates had been writing, but his letters were delayed or lost in transit. Difficult terrain, impassable rivers and faithless contractors made mail delivery hit-or-miss. One Sunday in June 1823, Woodruff received 24 letters sent by Bates from Washington, along with 200 issues of various eastern newspapers, all too old to be interesting. Meanwhile in Washington, the National Intelligencer complained its mail came more reliably from France and Spain than it did from Arkansas.

This issue of the Gazette also lists candidates for the Territorial elections in August, including two to replace Bates as delegate. Henry W. Conway had made a deal with Bates that he would run only if Bates decided not to. Bates was engaged and thinking of retiring from public life to focus on family. But then his fiancee died, and he changed his mind.

With Bates’ letters in postal limbo, Conway read the silence as confirmation that his hour had come.

He secured support for his own candidacy from Bates’ friends, including the powerful Robert Crittenden. When the delegate returned to the Territory in June, there was nothing he could do but step aside. Conway won the seat in August.

In Arkansas Gazette: The Early Years 1819-1866, historian Margaret Ross notes one improvement to mail delivery in spring 1823. A postal rider began carrying mail every other week from Little Rock to the Crawford County courthouse, and he made free deliveries to Gazette subscribers along the way. “This was the first home delivery outside the town where the paper was published that was mentioned in the Gazette,” she writes. 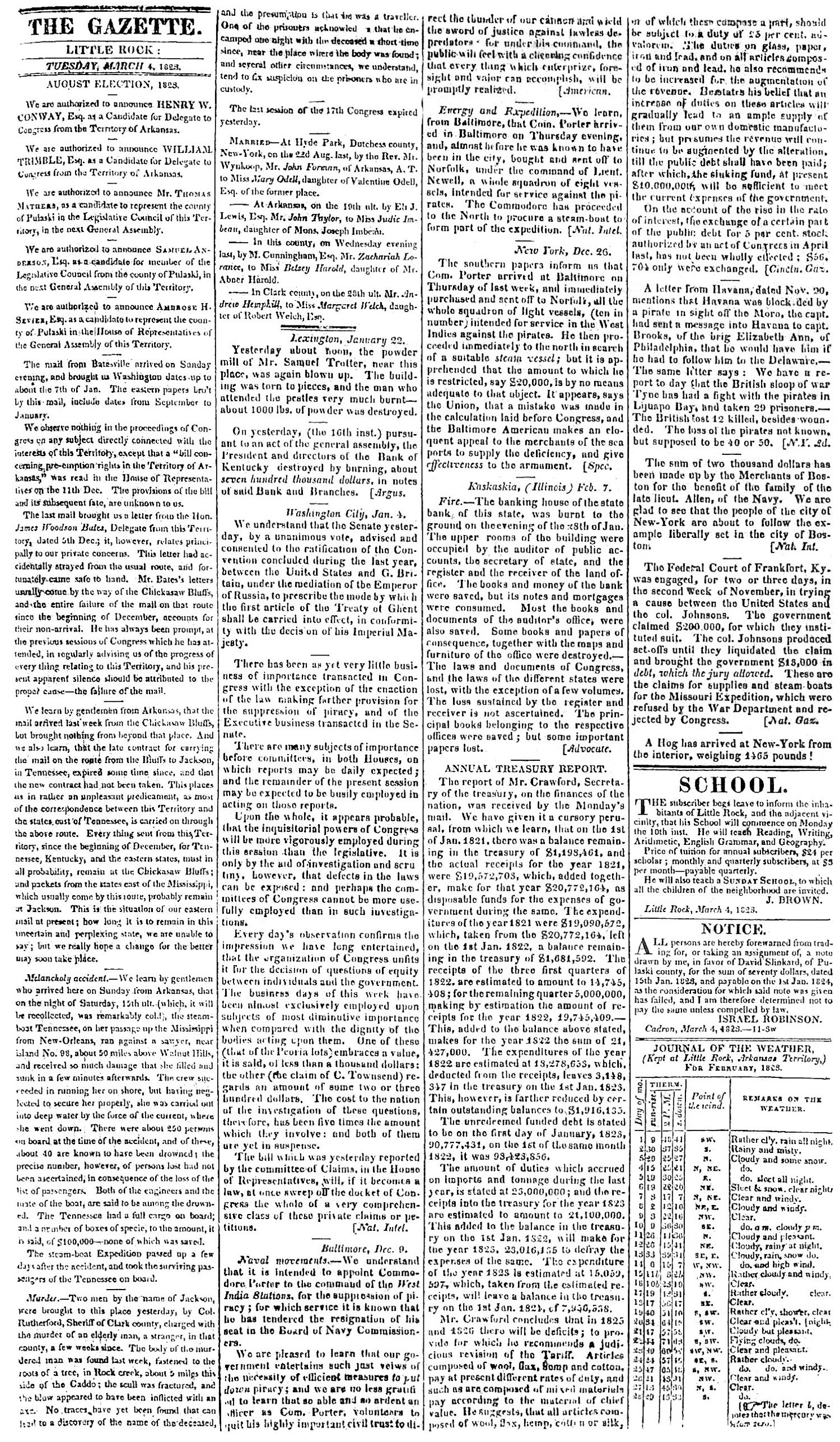