The Arkansas Gazette of Nov. 14, 1832, documents an incident of the Trail of Tears — deadly disease among the Choctaw people being removed from their homes in the east to Indian Territory. Cholera had broken out among about 500 people who arrived on a crowded steamboat, the Reindeer, at Rock Roe in Monroe County, a few miles below present-day Clarendon.

The teamsters who had assembled to carry them in wagons to their next stage panicked at the news and many left.

The passage from Memphis had taken nearly two weeks, according to account of the episode in Indian Removal: The Emigration of the Five Civilized Tribes of Indians by historian Grant Foreman. Two deaths occurred on board, and 10 more people died in three days as the group waited to begin their march south.

Worried residents of Little Rock created a health department, which sent a doctor to Rock Roe to assess the situation. The group was expected to pass through Little Rock by the end of the week.

The Gazette assures readers that thanks to Capt. Jacob Brown, “measures have been taken to prevent the Emigrating Indians from passing through this town, in the event of there being any cases of Cholera among them.” Weakened and sick, they would travel on a newly cut, muddy bypass. 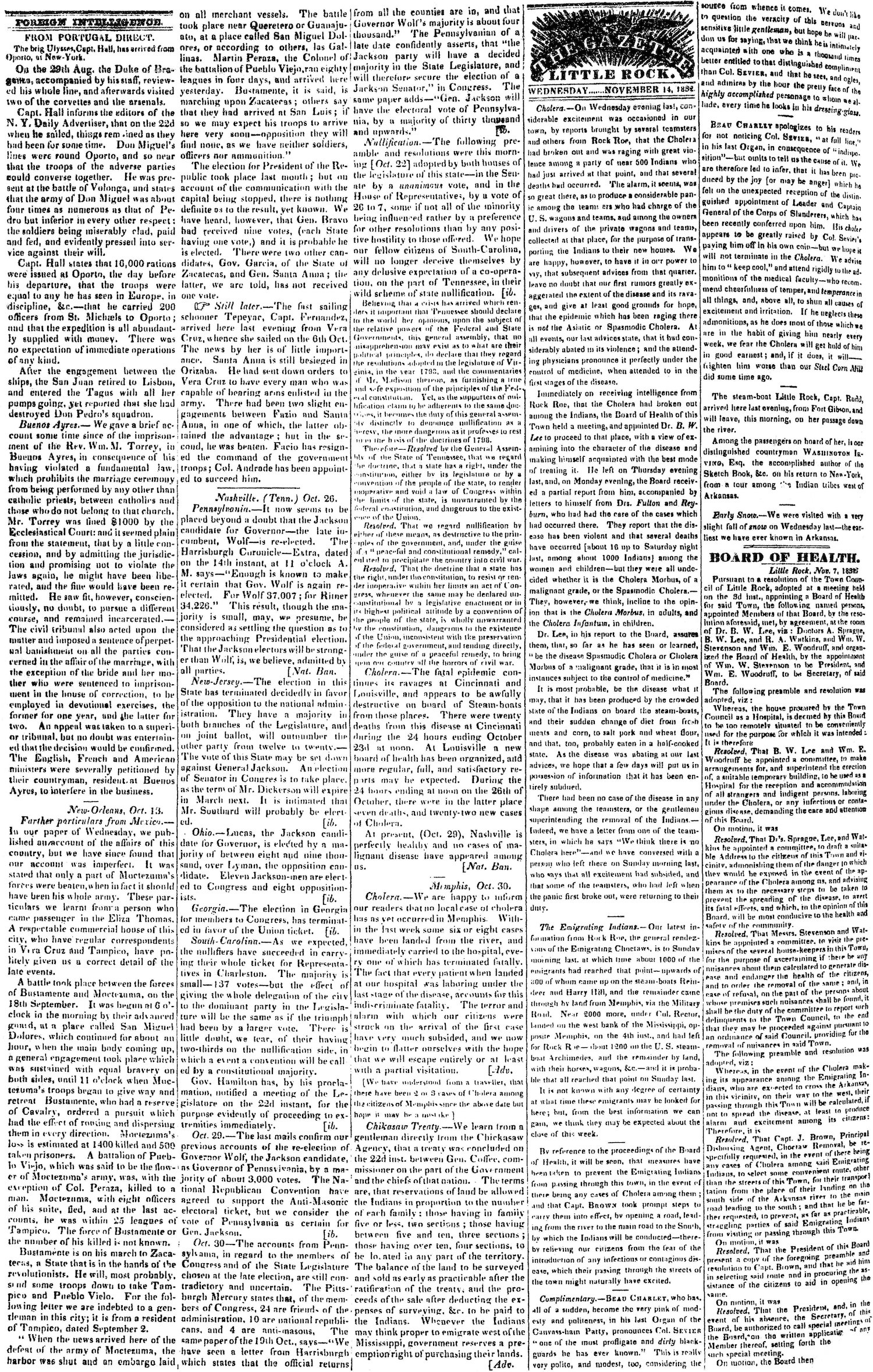