When news that the Bank of Maryland had failed reached Little Rock in April 1834, it caused panic. Other bank failures followed, and The Arkansas Gazette received bankruptcy notices from residents in the Arkansas Territory.

As historian Margaret Ross notes in Arkansas Gazette: The Early Years 1819-1866, “There could be no doubt that hard times were ahead.”

Subscribers, advertisers and printing customers owed editor William Woodruff $8,000 to $10,000, as he reported in this April 29 edition. The individual debts were all less than $50, and most were $1 to $10. Many were years overdue. As were other businessmen, he wrote, he was under pressure to pay his own bills. His agent would be coming to collect.

D.R. Mills would ride first to counties south of the Arkansas River — Hot Spring, Hempstead, Sevier, Miller, Lafayette, Pike, Union, Chicot, Arkansas and Jefferson; and then he’d go north. Woodruff warned: “Those who do not settle, either by cash or notes, must look for no further indulgence from me — particularly those delinquent for more than one year.”

The April 29 issue also carries notices from six other businesses urging debtors to pay up.

An ad on this page from Deputy Sheriff Joseph Savage of Miller County reported he had captured a 20-year-old, “likely” black man named Cammel. “Likely” meant able-bodied then. The Encyclopedia of Arkansas History and Culture notes in its article on laws related to slavery that ads about runaway slaves were frequent, suggesting “the dissatisfaction of slaves with their condition and a willingness to risk extreme punishment to get away.”

In other news, cholera was prevalent among American Indians passing through Arkansas along what is today called the Trail of Tears. As many as 60 had died among a group of 550 Cherokee camped near the mouth of Cadron Creek. Woodruff reported that both doctors employed to help them had become sick, and Dr. J.C. Roberts had died. “Three or four” black people had died at Pine Bluff.

Woodruff assured “our friends abroad” that there were no cases of cholera in Little Rock. 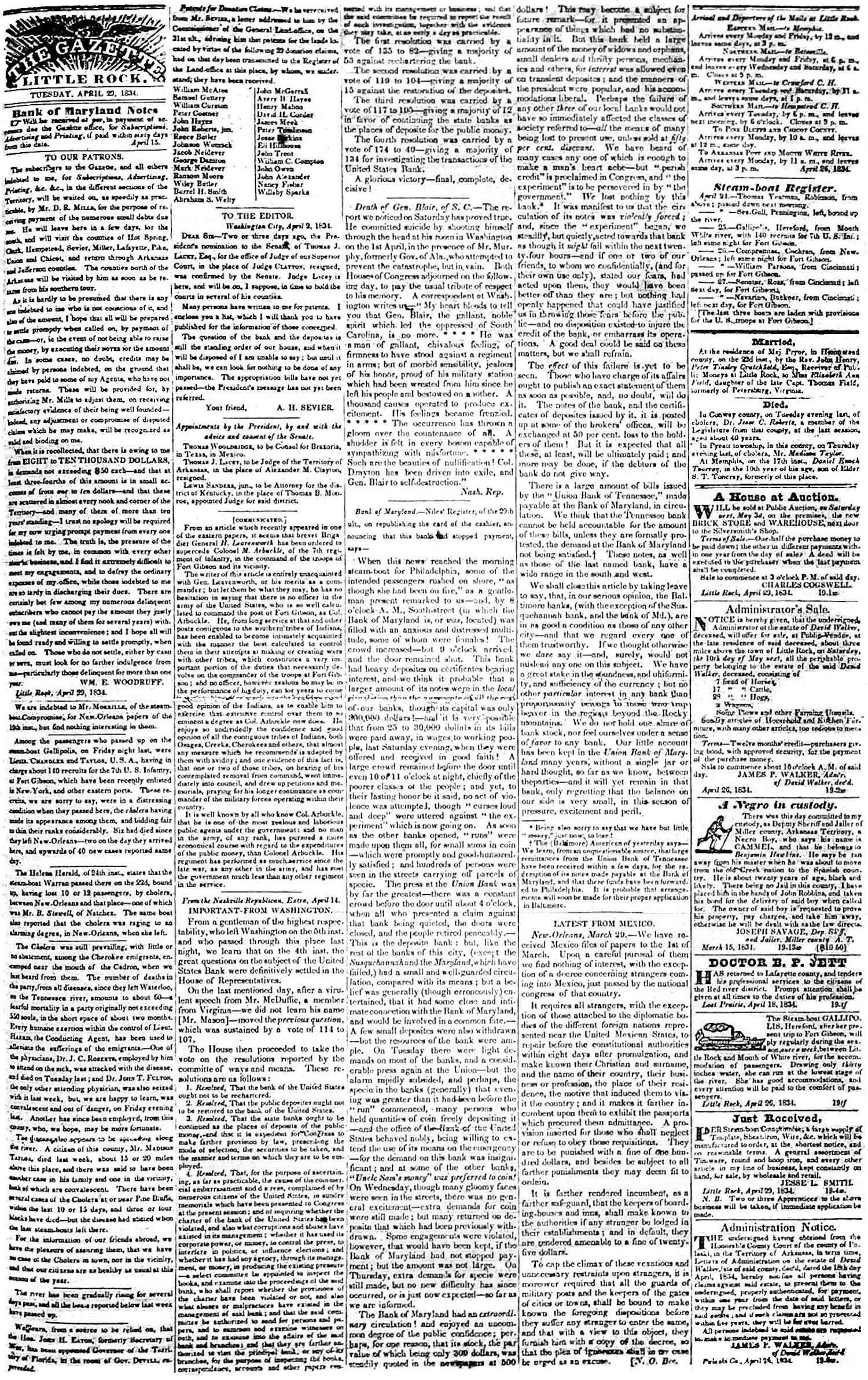