When Arkansas Gazette editor William Woodruff sat down to call for the lynching of criminals in this April 7, 1835, edition of the Arkansas Gazette, it appeared that someone had just assisted an escape from the Pulaski County jail. He thought he knew who.

He didn’t print the name, not yet. Woodruff and others suspected John Steele, a lawyer who started Little Rock’s third newspaper.

But Woodruff was on Pope’s bad side for reprinting an article that called him a “dictatorial Overseer,” as a favor to Secretary William S. Fulton.

Before Steele opened his brief-lived Political Intelligencer newspaper, he offered to buy the Gazette from Woodruff. But he was not a printer. Woodruff turned him down.

The Intelligencer had been operating for one month when Steele’s wife died of a fever, and yet almost at once his staff stopped producing the newspaper and commenced work on the “fat job”: compiling and printing a digest of the laws. Pope averred that he gave Steele the digest out of sympathy. To finish the book, Steele sold the Intelligencer to an actual printer — misleading him on how many subscribers it had — and then set up the territory’s first book-binding business.

In March 1835, word arrived from Washington that President Andrew Jackson had named Fulton to replace Pope as governor. For some time, a gang of “land pirates” associated with John A. Murrell had ransacked parts of Arkansas at will. Ross writes that the gang “rather specialized in stealing slaves, selling them, stealing them again or otherwise recovering them, selling them again, ad infinitum.”

Steele had a knack for recovering missing slaves — for a fee. He had been defense attorney for gang members, and he had clients among the jail escapees. He left Little Rock not long after this editorial appeared — and none too early for his health, as Ross puts it. Later reports said he was living among murderers and thieves below Helena and died there. 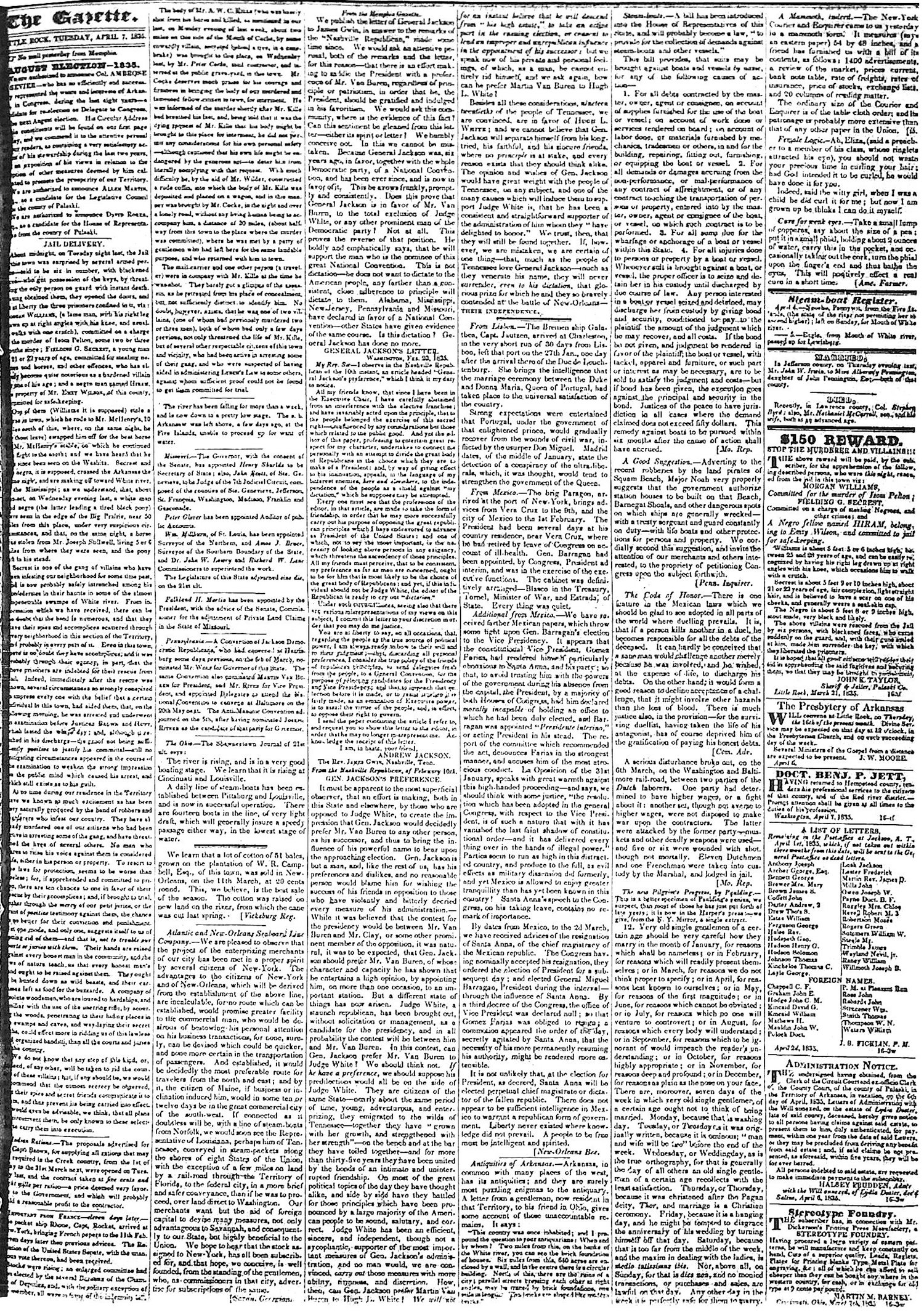