Thomas Jefferson Pew was the new editor of the Arkansas Gazette on June 28, 1836, when word arrived in an express mail delivery from Helena that President Andrew Jackson had signed a bill creating the state of Arkansas.

Arkansas was admitted as a slave state in tandem with Michigan, a free state.
About half of the June 28 paper had already been printed, according to Gazette historian Margaret Ross, but Pew remade Page 3 to add the news as a “Postscript” for the other half, and the Gazette scooped its rivals, The Times and The Arkansas Advocate.

For customers who did not receive what was sure to be a souvenir edition, Pew ran off an “extra” later in the day. (That extra is not part of the Gazette archive.)

It took him until July 12 to change the front page dateline from “A.T.” — Arkansas Territory — to “ARK’S.”

Woodruff had sold an interest in the paper to Pew in May, after word arrived that the U.S. Senate had signed the bill and statehood was likely assured. Pew would be sole editor, and Woodruff would be business manager. The Times soon took to calling Pew “the hireling editor.” A newcomer to Arkansas, he was the victim of prank advertisements mailed to the Gazette for businesses that did not exist, under the names of real Pine Bluff residents. He printed them, and then learned he would not be paid — and the actual residents were annoyed. Pew became so wary of ads from Pine Bluff that one for a legitimate girls school, the Pine Bluff Female Academy, was delayed a week.

On Oct. 11, 1836, Pew and Woodruff renamed their newspaper the Arkansas State Gazette, reflecting pride in statehood.

Also that October, the General Assembly elected Woodruff as state treasurer, and another round of political backbiting, wrangling over payment for public contracts and personal sniping among Little Rock newspapers ensued.

Pew’s tenure as editor would last until May 16, 1838, when he quit without explanation. Ten years later, Ross says, his fortunes had so descended that he was an alcoholic loafer on the levee at New Orleans. Described by a former enemy as pitifully “ragged and repulsive,” he died in anonymity a few years before the Civil War. 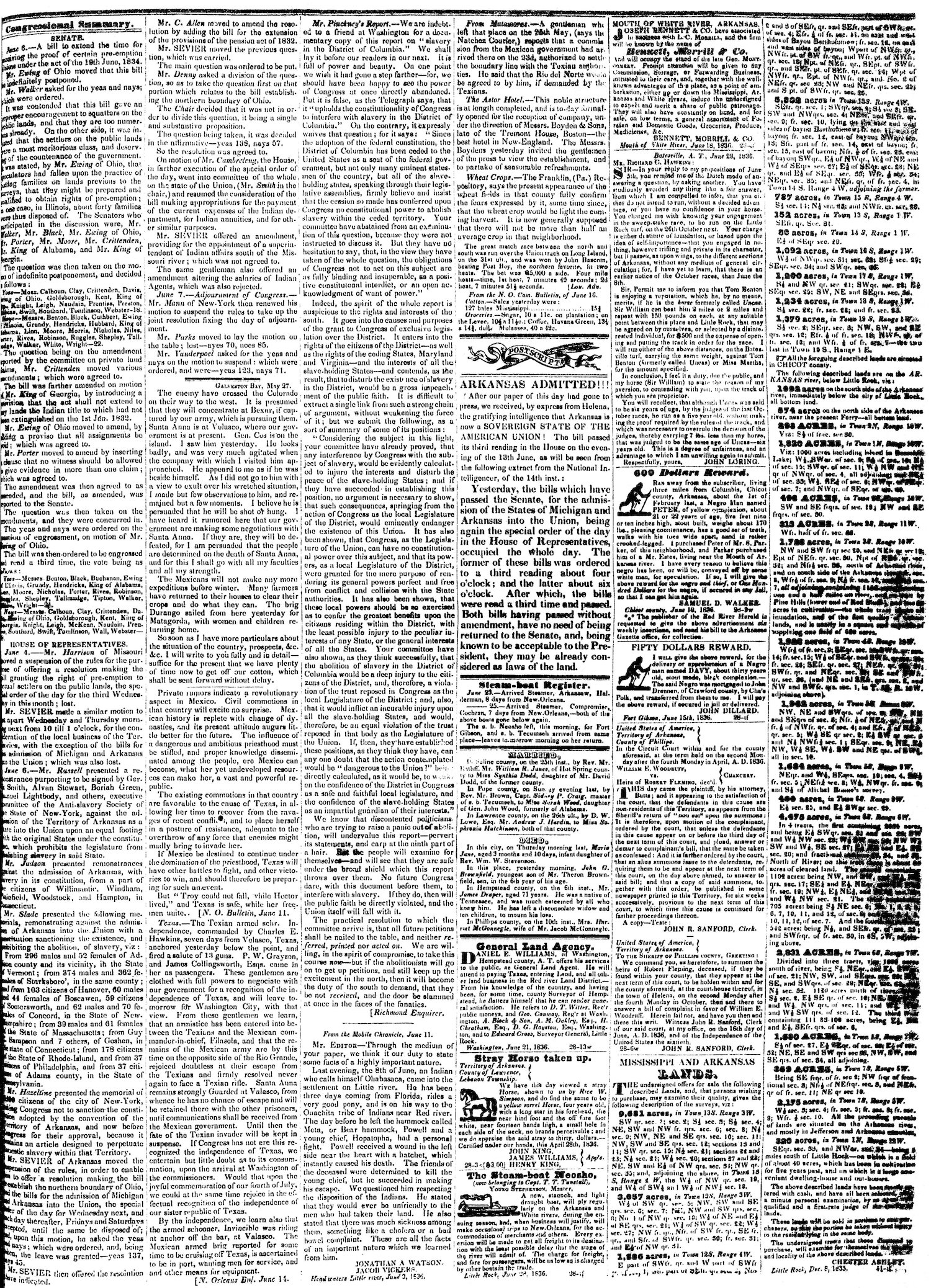