On Page 2 of the Nov. 7, 1837, Arkansas State Gazette editor Thomas Jefferson Pew published Gov. James S. Conway’s address to the Arkansas General Assembly, explaining why he had called them to their first special session.

The state’s first Legislature had met in September 1836, just months after the territory became a state. Under the state Constitution, it wasn’t supposed to convene again for two years.

Conway explained that the state’s coffers were “full to overflowing,” with a surplus “upwards of eighteen thousand dollars,” an indication, he said, of “provident legislation and a prosperous people.”

The governor said the Legislature had a duty to lighten the tax burden on the people since the levy was bringing in more than the government needed. The special session convened Nov. 6, 1837, and was dismissed March 5, 1838, after more than 200 acts had been passed, one of the first of which had to do with how taxes were raised. Other new laws reorganized the new state’s government.

Though Conway called for “mutual forbearance and concession” as members worked on the important business they had convened to do, less than a month into the session, the notorious “Wilson-Anthony Duel” was fought on the floor of the House chamber, leaving Maj. Joseph J. Anthony dead.

Anthony didn’t approve of the state Real Estate Bank and in November had proposed a bill in the House to take it to the voters, to let them pass judgment on whether it was needed. On Dec. 4, 1837, John Wilson, who was speaker of the House and president of the Real Estate Bank, was presiding over debate on another bill, about proving the origin of wolf pelts for a bounty. In the process of suggesting an amendment, Anthony made derogatory comments about the Real Estate Bank, and Wilson took this as a personal affront.

Anthony asserted that his remark was not meant to be a personal insult and tried to explain himself, but Wilson descended from the speaker’s platform, his Bowie knife drawn. Anthony drew his own knife to defend himself. In the fight that followed Wilson stabbed Anthony, killing him instantly. This is the only time in the history of Arkansas that a violent death is recorded in the House chamber. 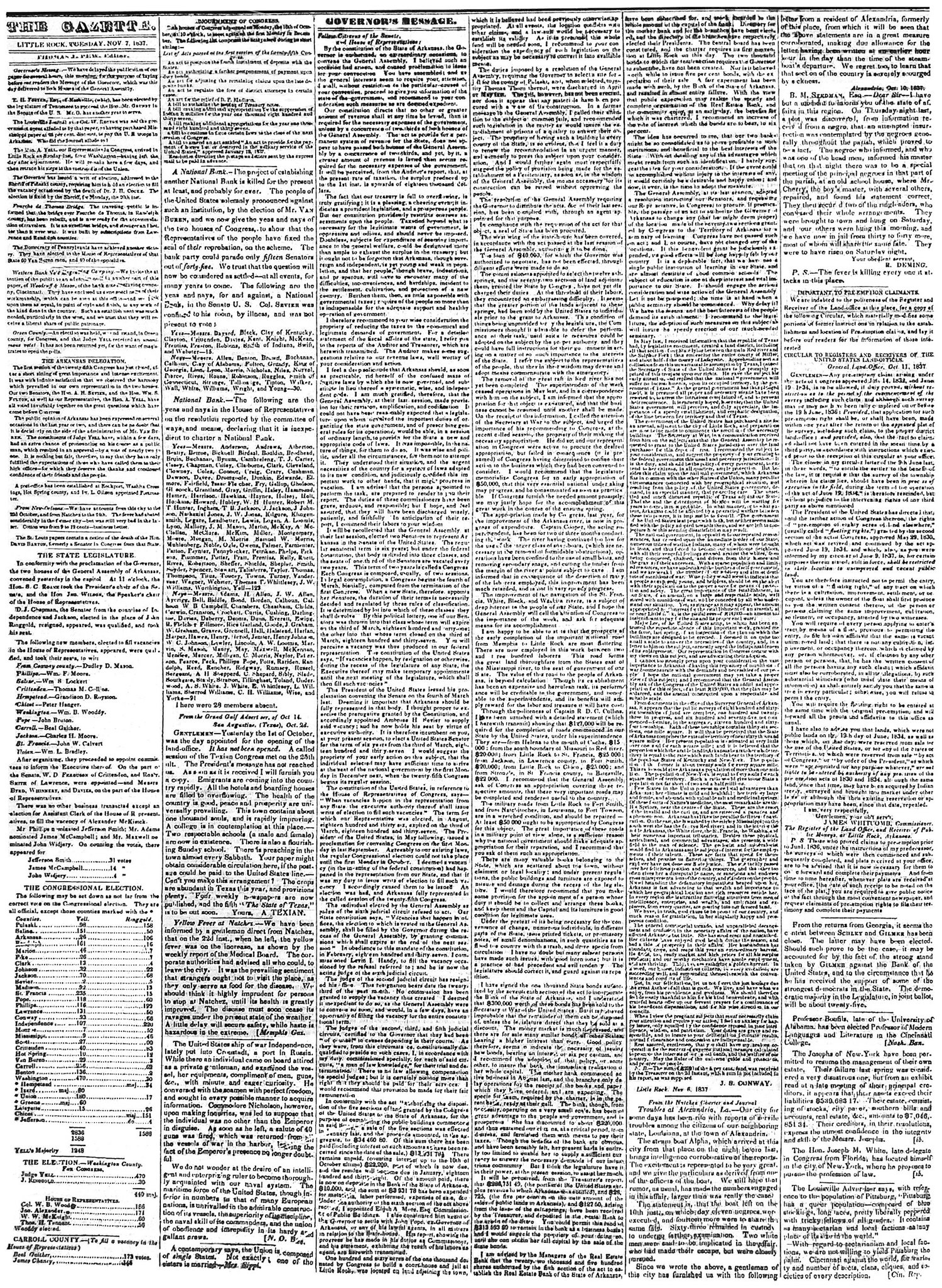