The May 15, 1839, edition of the Arkansas State Gazette heralded news of the May 1 departure of the “First Arkansas Caravan to Mexico.” The assemblage of 18 wagons, 40 men and a number of mules set out from Van Buren “on a land voyage to Chihuahua” in what is now northern Mexico, loaded with an assorted stock of of merchandise, principally dry goods.

Led by intrepid frontiersman Josiah Gregg, whose brothers owned a mercantile with a partner in the west Arkansas town and supplied the wares, they were to meet up with about “40 U.S. Dragoons, under command of Lieut. Bowman,” about 150 miles west of Fort Gibson in present-day Oklahoma to escort them through “the country of the wild Indians.”

The distance from Van Buren to Chihuahua, the article notes, is about 700 miles, but because the Mexican city was not an official port of entry, the cargo had to travel nearly 600 miles out of the way to Santa Fe, then still a part of Mexico, where the goods could be properly registered. The detour was stark evidence that red tape and regulations are nothing new in the world of commerce.

The article included a hopeful note that Chihuahua would soon become a proper port of entry, owing to a recent blockade by the French that was “keeping the whole country destitute” of goods.

As to the “First Caravan,” the newspaper proclaims that “no circumstances could give us more pleasure than this enterprise. The trade to Mexico affords large profits, and will be the means of bringing much specie into the western part of our State.”

The caravan ultimately proved successful, and the route blazed by Gregg would become a key route in the Gold Rush to California. Gregg, a tireless adventurer, cartographer, sometime physician and author whose Commerce of the Prairie books became wildly popular, went on to lead other expeditions through the West. He met his demise in the rugged, rocky Northern California wilderness after helping find what became Humboldt Bay. Some say he starved to death, some say he fell ill. His companions buried his body under a pile of rocks somewhere along the Pacific Coast.

The May 15 edition also carried news of a troop buildup at Fort Gibson (100 U.S. Dragoons, deployed from the Carlisle Barracks in Pennsylvania, traveling by ship to New Orleans on their way there) and the arrival of the steamboat Ozark at Little Rock with 73 Infantry recruits, also bound for Fort Gibson. 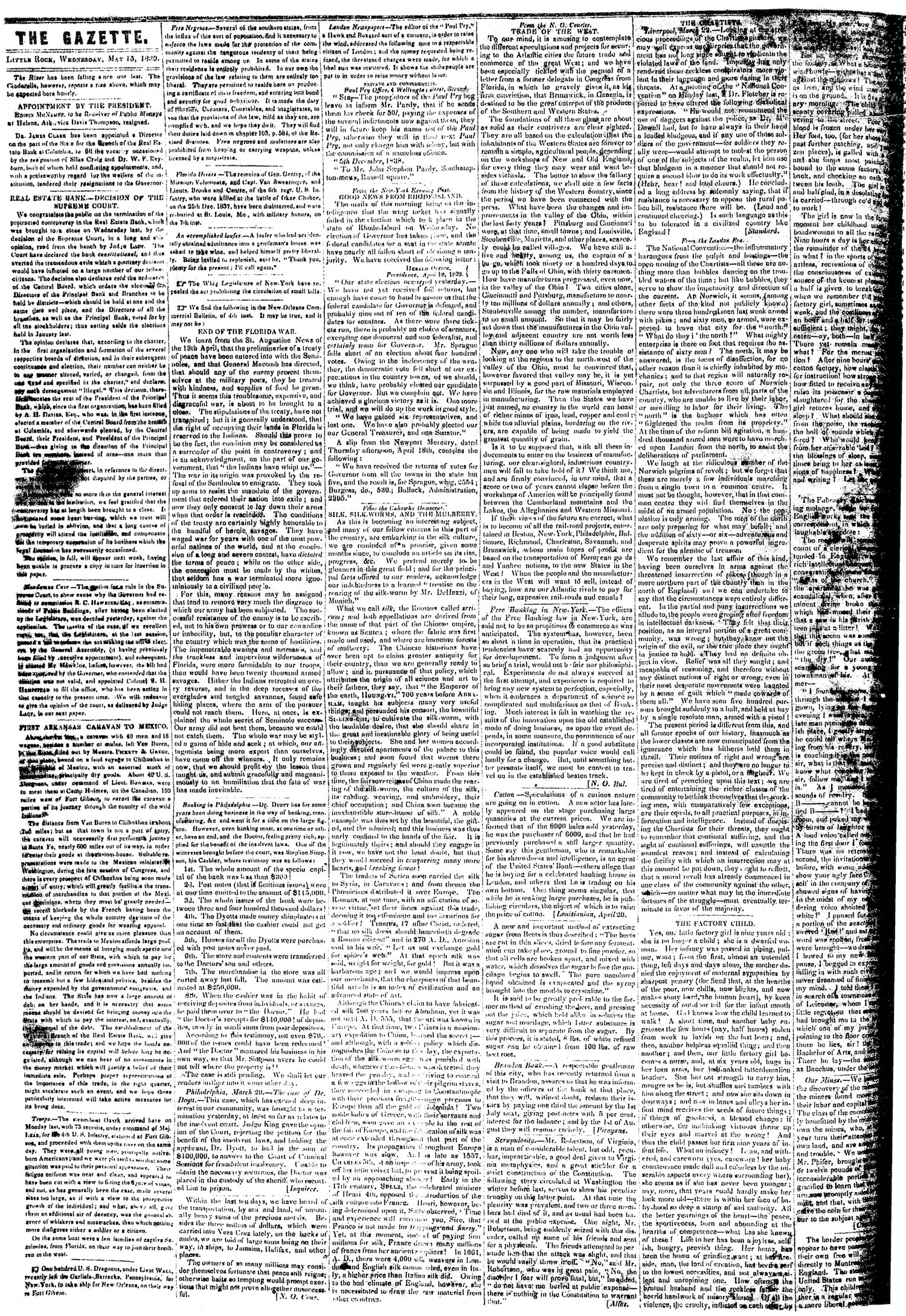