“Old Tippecanoe” was a Whig, and the Gazette ardently supported the Democratic Republican party. Nevertheless, Burnett flipped the metal ledger bars on Pages 2 and 3 of his April 21 edition so their undersides faced the ink, draping the paper in mourning.

Harrison had caught cold while delivering his 8,445-word inaugural address outdoors in freezing rain without a hat or overcoat and was reported to have died of pneumonia. (A recent medical theory holds that he died of sepsis caused by a gastrointestinal infection, complicated by pneumonia.) Vice President John Tyler was sworn in.

Burnett owned the Gazette for 14 months, having contracted to assume the debts his departing employer, Edward Cole, owed to founding editor William Woodruff. Burnett took radical action to save a failing paper: He demanded money upfront. The Gazette always had allowed advertisers to pay after their notices appeared and subscribers to pay at the end of a year — which many failed to do. Some years it carried over tens of thousands in unpaid invoices.

In Arkansas Gazette: The Early Years 1819-1866, historian Margaret Ross says Little Rock’s other newspapers soon joined him in this cash system. Results were less than spectacular, Ross writes. “Subscribers could hardly be blamed for their slowness to pay in some instances, because the insufficient postal service made it impossible to guarantee regular delivery.” Mail service to western Arkansas was so bad the Gazette was usually four weeks old before it reached the town of Van Buren.

Burnett’s editorial policies were high-minded, and instead of spewing invective or printing potentially libelous letters, he ran articles about farming, as Cole had.

Unknown to his readers, Burnett was dying of tuberculosis. He became bedridden in June 1841, and his 29-year-old employee Stephen S. Tucker, a lawyer, held the fort.

Burnett, age 27, died Dec. 17, 1841. His estate conveyed the Gazette back to its founder, William Woodruff. 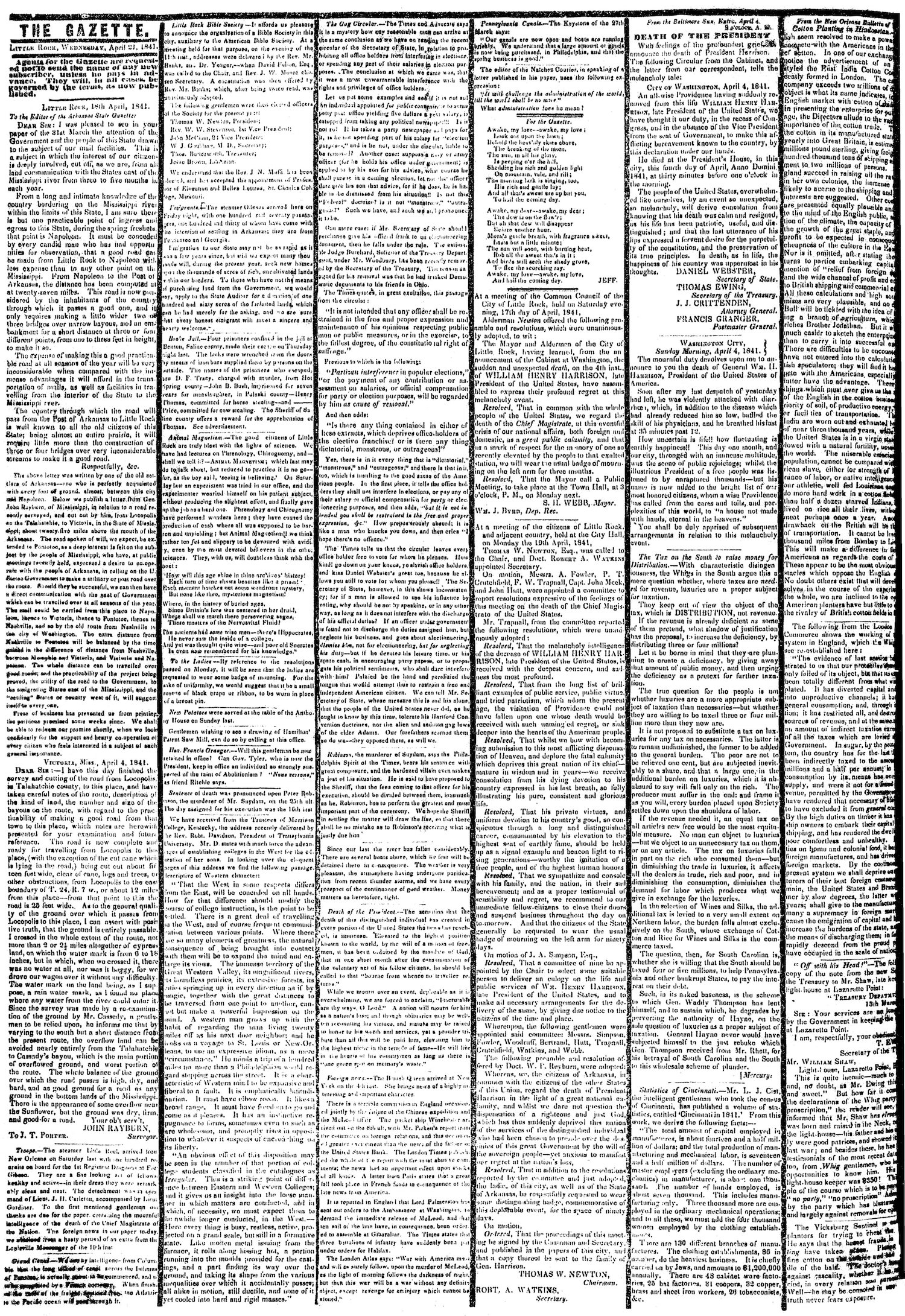