To understand today’s news from 1843, it helps to know that in April 1842, Little Rock Mayor John Widgery resigned and left town, just five months into his term. Within the month he was back, from Boston, with a bride; but a special election was underway to replace him. The winner was a relative newcomer from Chicago, Samuel G. Trowbridge.

Trowbridge had leased what he called the American Hotel from William F. Pope and Nicholas Peay. Trowbridge also was — and voters had no idea — the leader of a gang of counterfeiters.

Recalling the affair in his 1895 Early Days in Arkansas, Pope wrote, “This man Trowbridge gathered about him a lot of new comers from abroad, who never seemed to have anything particular to do except to frequent the hotels and bar rooms.”

Trowbridge’s associates operated in Little Rock and Van Buren. They cranked out bogus U.S. coins, bank notes from other states and notes issued by the Little Rock city corporation. “These corporation notes were very finely engraved and were signed by the Mayor and attested by the City Recorder, and were redeemable in Arkansas State money when presented in lots of not less than five dollars,” Pope wrote.

The gang included expert craftsmen, specifically, engraver Ira B. Whitmore, who had made the blocks used by Little Rock to print its corporation notes (he made extras). Another was Francis Van Horne, a printer who had been laid off by the Gazette and later by The Times and Advocate. He stole type from the Advocate and got a boy in the Gazette print shop to steal type there.

Trowbridge was unmasked after his wife and the wives of two gang members went shopping with some of about $13,000 worth of Real Estate Bank notes stolen from an iron safe in an auctioneer’s office. Unaware the notes were marked, the wives bought thousands of dollars worth of dry goods, including new hats, at Adamson & Prather’s store.

Their trials lasted through summer 1843. All of the accused went to prison except the boy, who was deemed too young to understand his crimes. Trowbridge was sentenced to 21 years, but his term was reduced to just five years by Gov. Archibald Yell as one of his last acts in office in 1844. 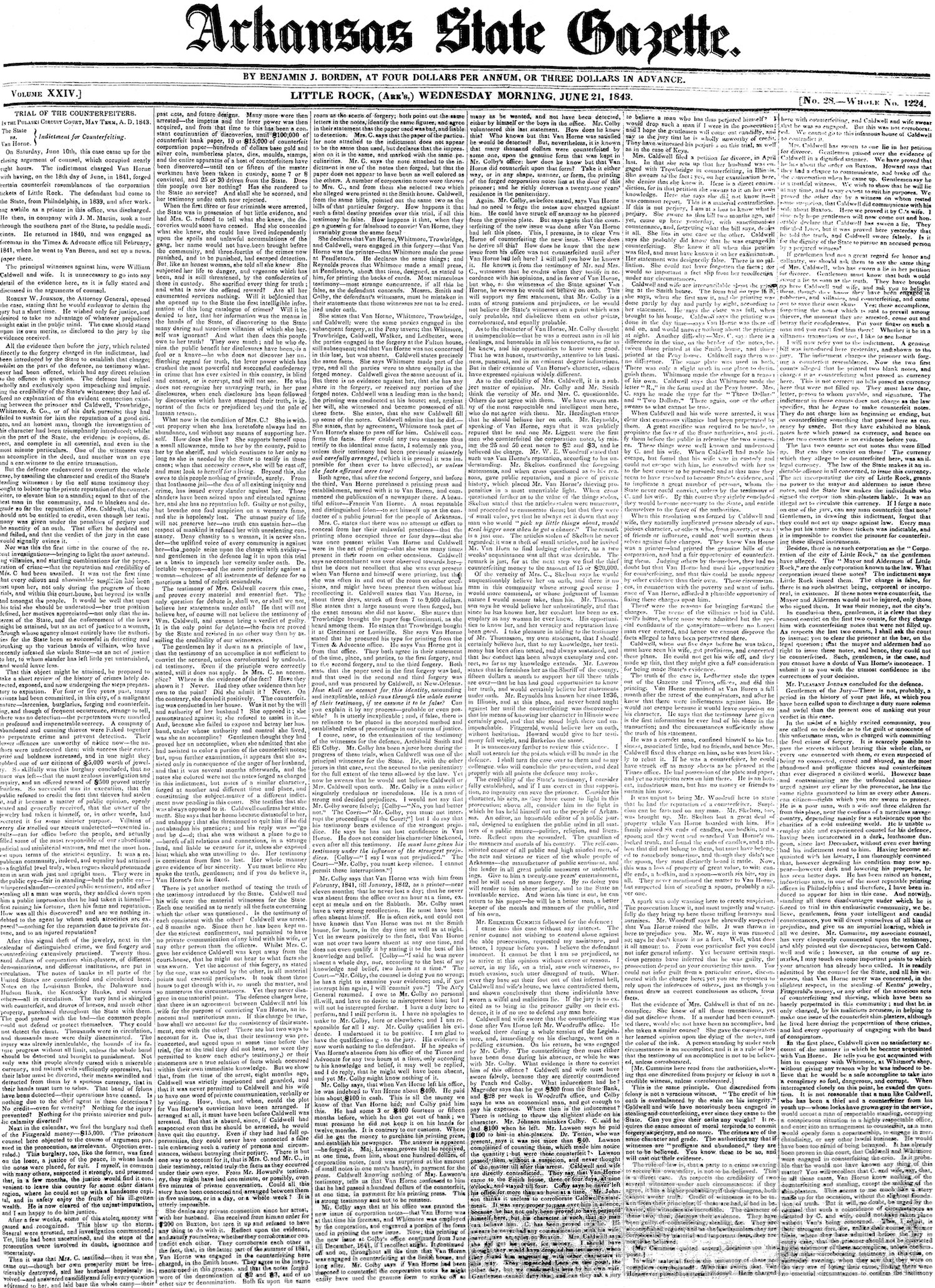 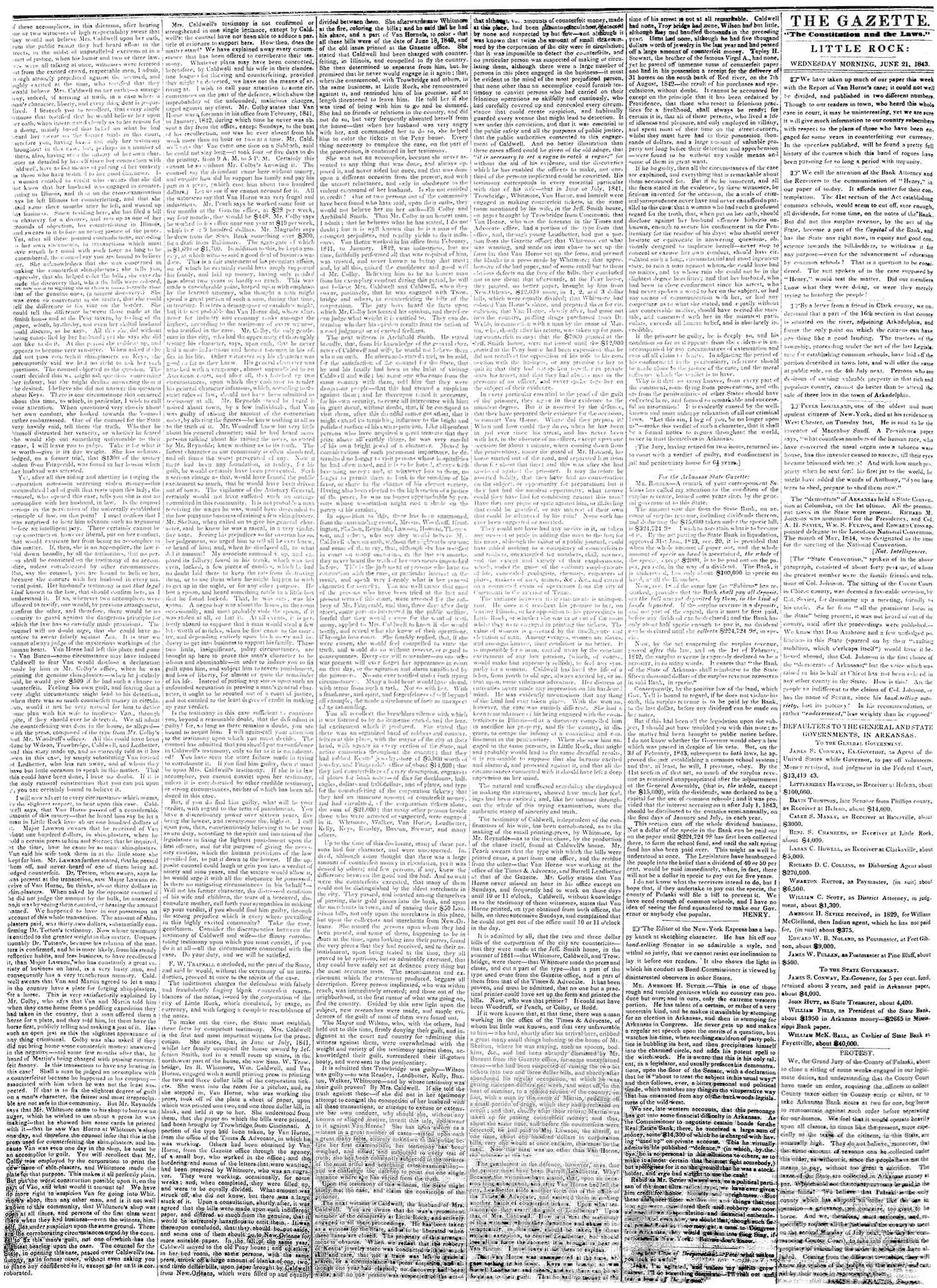