Page 2 of the July 14, 1845, Arkansas State Gazette reports that the Republic of Texas has agreed to be annexed by the United States, if slavery remains legal within its borders. Abolition was gaining adherents in the U.S. Congress, so that was no gimme: Statehood wasn’t granted until Dec. 29.

Because Gazette editor Benjamin Borden welcomed letters about any Christian religion, his issues in summer 1845 report disputes about slavery among denominations — Methodists, in this case. This page also contains a letter from Roman Catholic Bishop Andrew Byrne describing a trip to Russellville. The Irish-American Byrne was the first head of the Diocese of Little Rock, then less than 2 years old.

But the big story was the death June 8 of former President Andrew Jackson. Eulogies by Democrats filled the Gazette even though Borden backed the Whig party. Nineteenth-century newspapers were usually political animals: There weren’t many Whigs in Arkansas, so Borden didn’t have a lot of subscribers.

He was the first Gazette editor who was not a Democrat. Democrats complained that founding editor William Woodruff sold the paper to Borden in 1843 to punish “The Dynasty,” aka “The Family” — officeholders related to Elias N. Conway and Ambrose Sevier — for refusing to take Woodruff’s side in a dispute over money the Legislature insisted he owed from his days as state treasurer.

Deprived of their statewide mouthpiece, the Democrats founded the Arkansas Banner. Its talented editor, Dr. Solon Borland, sniped at Borden. A war of words quickly escalated. The day Borden insinuated that Borland was a coward, the doctor marched into the street and beat him bloody.

Alarmed friends intervened; on Jan. 31, 1844, the Gazette published a notice that their “difficulty” had been “honorably and satisfactorily adjusted, by the voluntary intermediation of their friends.” But it hadn’t. Borden challenged Borland to a duel.

They met in the Indian Territory because dueling was illegal in Arkansas. Borland shot Borden through the side, but then rushed to help him. Thirty-five years later, Borden wrote that the duel marked the beginning of a true friendship. Maybe so, but they continued to trash one another in print until December 1845, when Borland (briefly) retired from the Banner to focus on his medical practice. 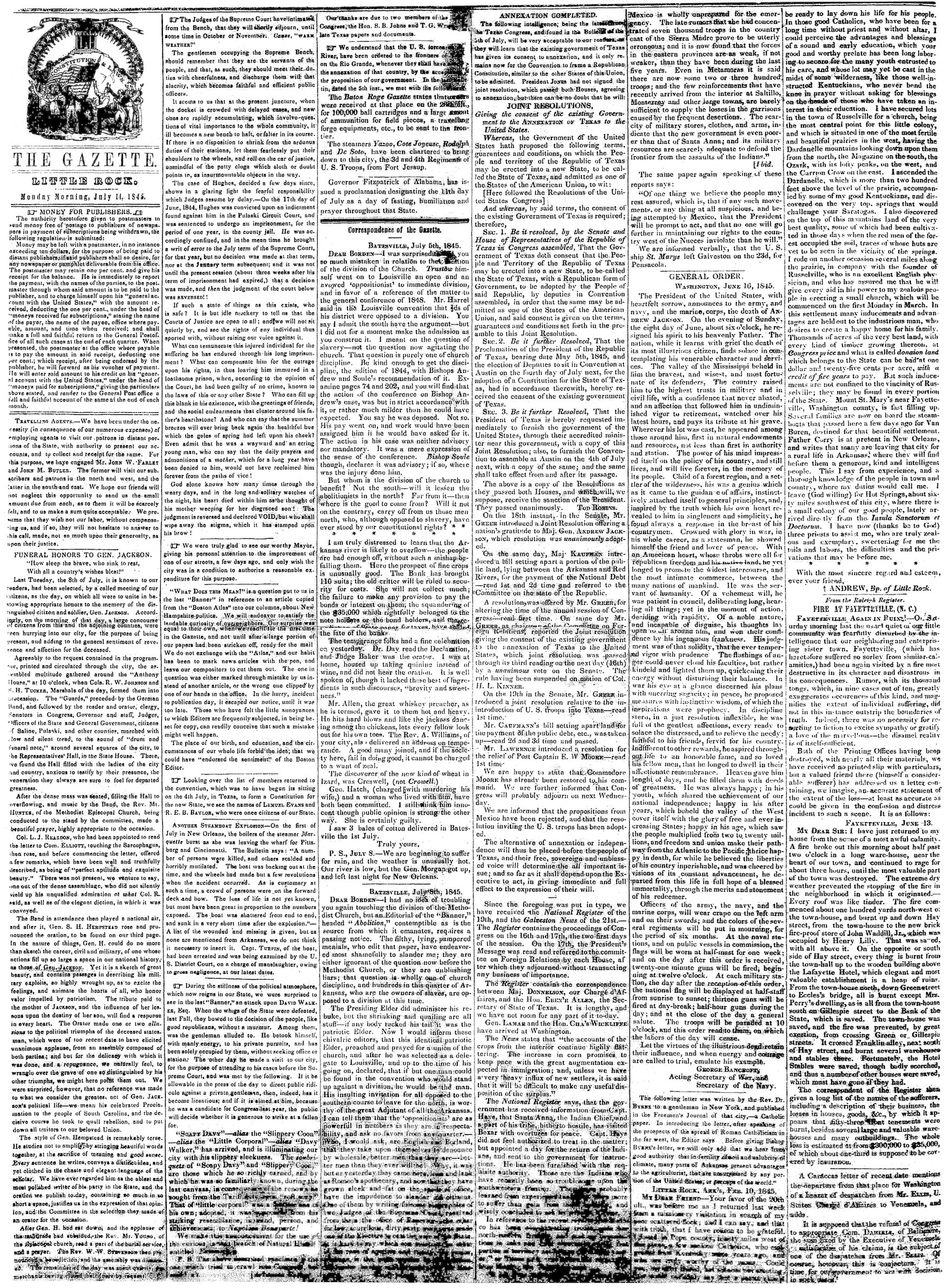