Page 2 of the June 1, 1846, Arkansas State Gazette reported with satisfaction that Arkansans had turned out to answer President James K. Polk’s call for one cavalry regiment to join Gen. Zachary Taylor in the new war with Mexico and one volunteer battalion of infantrymen to replace U.S. troops drawn from Arkansas to the Mexican border.

At dispute were boundaries for the 6-month-old state of Texas. U.S. Rep. Archibald Yell had helped organize Texas’ constitutional convention, escorting it into statehood, and Yell’s fans were gung-ho for the war. These included all the Little Rock newspapers except for one: William Woodruff’s newly opened Arkansas Democrat.

This Democrat, named for the political party it supported, is not considered a progenitor of the 20th-century Arkansas Democrat but a fork in the lineage of the Gazette. (The more familiar Democrat was founded in 1878 by J.N. Smithee.)

Polk’s order reached Little Rock about noon May 27, a Friday. Saturday evening, a cannon blast summoned citizens to the courthouse to plan how to outfit their volunteers. Organizers included Dr. Solon Borland, 35, who besides being (once again) editor of the Arkansas Banner, was a general and in charge of mustering the cavalry.

Capt. Albert Pike was out of town for the meeting, but his notice on Page 2 alerted his Little Rock Guards, the state’s oldest militia unit, that they were called into service as infantrymen and would meet on June 4.

Woodruff’s Democrat said the state had more to fear from Indians on its borders than it did from Mexico. But his son, Alden Mills Woodruff (1828-1893), enlisted as one of Pike’s soldiers. As the editor put it, Alden took with him his father’s blessing but not his advice.

Woodruff’s opposition to the war matched his opposition to Yell. Among various affronts, Yell tried to have Woodruff removed as postmaster at Little Rock after Sen. Chester Ashley arranged his appointment.

Borland’s Banner supported Yell, accusing Woodruff of delaying delivery of the Banner and of paying one of Ashley’s enslaved people to handle the mail.

Yell left Washington to enlist in Borland’s company, confident that he would be elected regimental commander, which he was. That choice would cost Yell his seat in Congress, his reputation and, at the Battle of Buena Vista in 1847, his life. Surrounded and outnumbered while guarding a baggage train, he tried to rally deserting volunteers, charged the enemy and was killed. 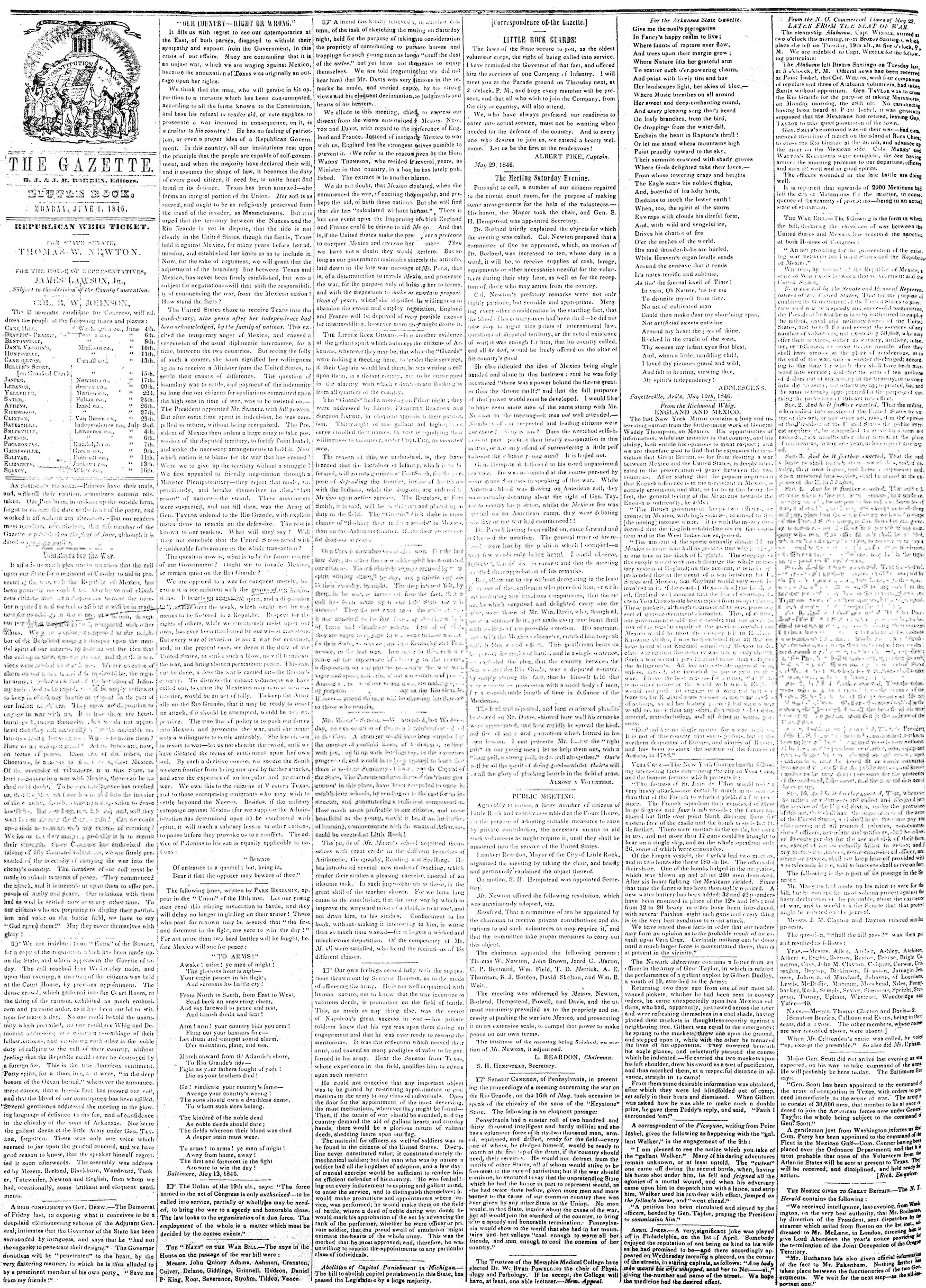