Dr. Solon Borland, sometimes editor of the Arkansas Banner, became the officer in charge of Arkansas’ mounted regiment after President James K. Polk declared war on Mexico in 1846. Christopher Columbus Danley was a captain in Borland’s regiment and led a company of men from Pulaski County.

They were captured by the enemy in January 1847.

On Page 2 of the March 20, 1847, Arkansas State Gazette, editor Benjamin J. Borden published a letter from the New Orleans Daily Picayune written by a colonel from Illinois, who had heard the story of the scouting party’s capture firsthand.

The Arkansans had been trying to locate a rumored force of 3,000 Mexican cavalry. On their way they joined a group of Kentuckians, also scouting, and all camped at Encarnacion, a homestead offering provisions and access to the road. One night some of the men were awakened by what they thought might be the sound of arms clinking. They passed it off as the well machinery.

But during the night they had been surrounded by Gen. Jose Vicente Minon’s men — the rumored Mexican force had found them. Though Danley and one of the lieutenants from Kentucky strongly opposed it, after realizing how severely the odds were against them, they surrendered.

The capture of the Encarnacion prisoners, as they were known, was a contentious topic — some thought it was the officers’ own fault for not posting enough guards. Those who knew the story, however, defended the officers, saying the foggy, rainy weather was in the Mexicans’ favor.

Now prisoners of war, they were sent first to San Luis Potosi, the officers allowed to ride horseback, the men made to march. The whole group was eventually taken to Mexico City for the duration of their imprisonment.

On Aug. 8, 1847, Danley and Borland, given some freedom to come and go inside the city, plotted an escape and, with the help of friends outside the city, evaded being recaptured and joined the attacking U.S. forces on Aug. 19, 1847. Eager to fight, Borland fell in with the first soldiers he could find and soon realized he had joined a company commanded by Capt. Steven Tucker of Arkansas, an old friend.

Nearly 11 months after being captured, Borland returned to Little Rock on Dec. 1, 1847. Danley, who was forced to stay in Mexico City while recovering from a crippling leg wound to his leg, wouldn’t return home until late spring 1848.

Danley would become editor of the Arkansas State Gazette in 1853. 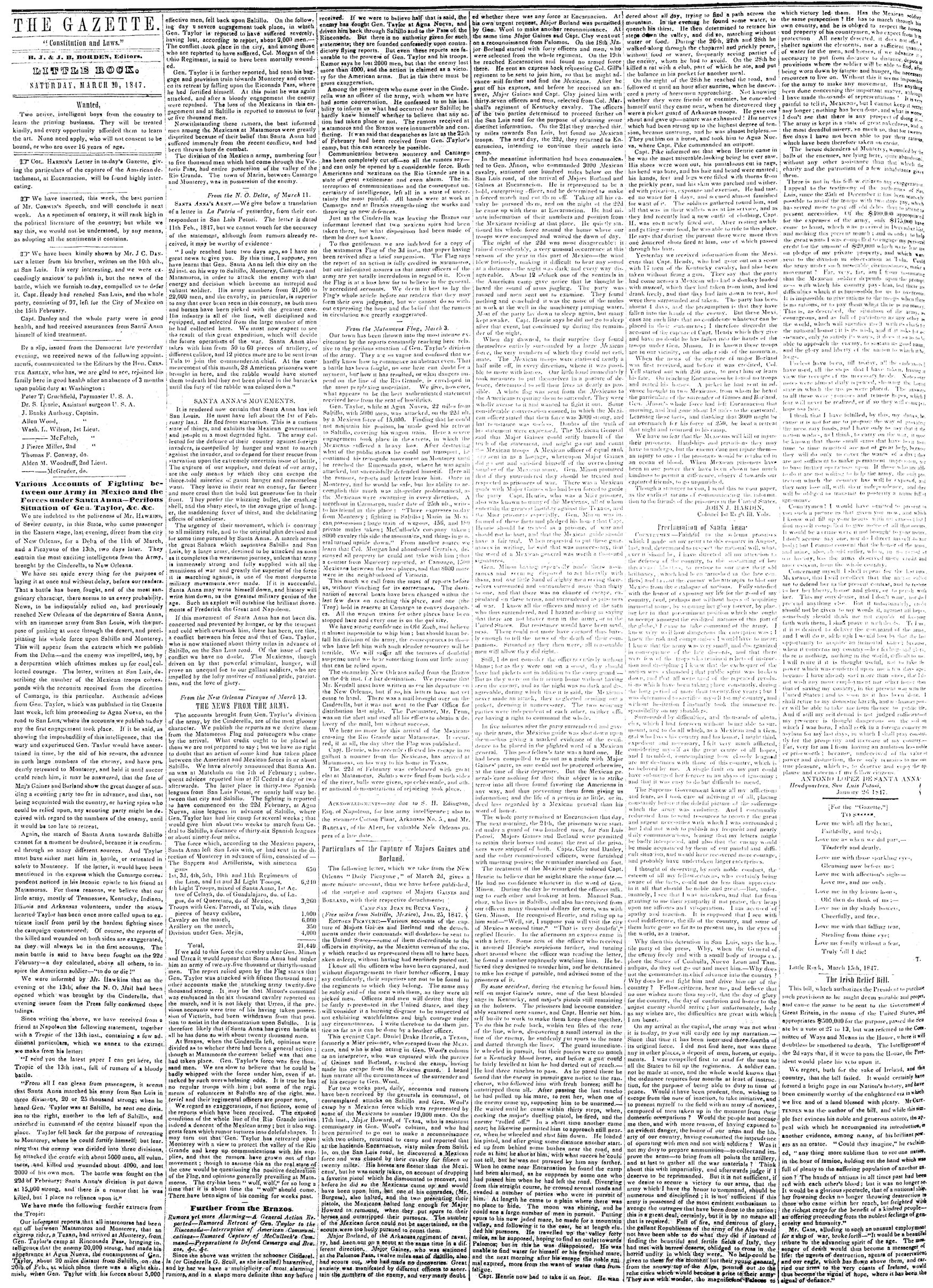