As 1848 dawned, the Arkansas State Gazette was sinking under the weight of editor Benjamin John Borden's fidelity to the unpopular Whig party and his unfortunate decision to lower his subscription price from $3 a year to $2.

Borden was kept afloat by public and private printing contracts and had invested in new type three times. His final purchase in January 1848 included a four-column nameplate that retained the period that editor Thomas Jefferson Pew planted after the word Gazette in 1836. But Borden wanted out of the business.

On Page 2 of the Feb. 10, 1848, issue, he announced he'd sold the paper to lawyer George B. Hayden, also a Whig. Hayden promised to respect differing opinions and be a friend to all. And he announced that the subscription price was again $3 a year.

Counting William Woodruff once and not counting two anonymous temporary editors under Borden, Hayden was Gazette editor No. 8.

1848 also was the year that Woodruff, now editor of the Arkansas State Democrat, decided that Mexican War hero Dr. Solon Borland, former editor of the Arkansas Banner, was just the Democrat to take down "the Dynasty" of Elias Conway and Sen. Ambrose Sevier. When Sevier resigned his seat to administer the U.S. peace treaty with Mexico, Woodruff campaigned for Borland to replace him.

1848 also was the year Woodruff's great friend Sen. Chester Ashley became sick in the Senate chamber, took to his bed and died. The steamboat Cotton Plant returned his body to Little Rock on May 27, greeted by an artillery salute provided by the U.S. arsenal.

That salute wasn't meant for Ashley but for Christopher Columbus Danley, Borland's comrade in arms who had been imprisoned with him in Mexico and who had survived a serious leg wound. Danley hobbled ashore on crutches and set about promoting his friend.

Borden became a Methodist Episcopal minister and went into teaching. He moved to Tulip — the village originally named D'Estimauville after the female academy founder who had been Borland's mistress. Borden taught for the Alexander Military Institute and was principal of Tulip Female Seminary and schools in Hempstead County and Kentucky. He died in Kentucky in 1887, age 75. 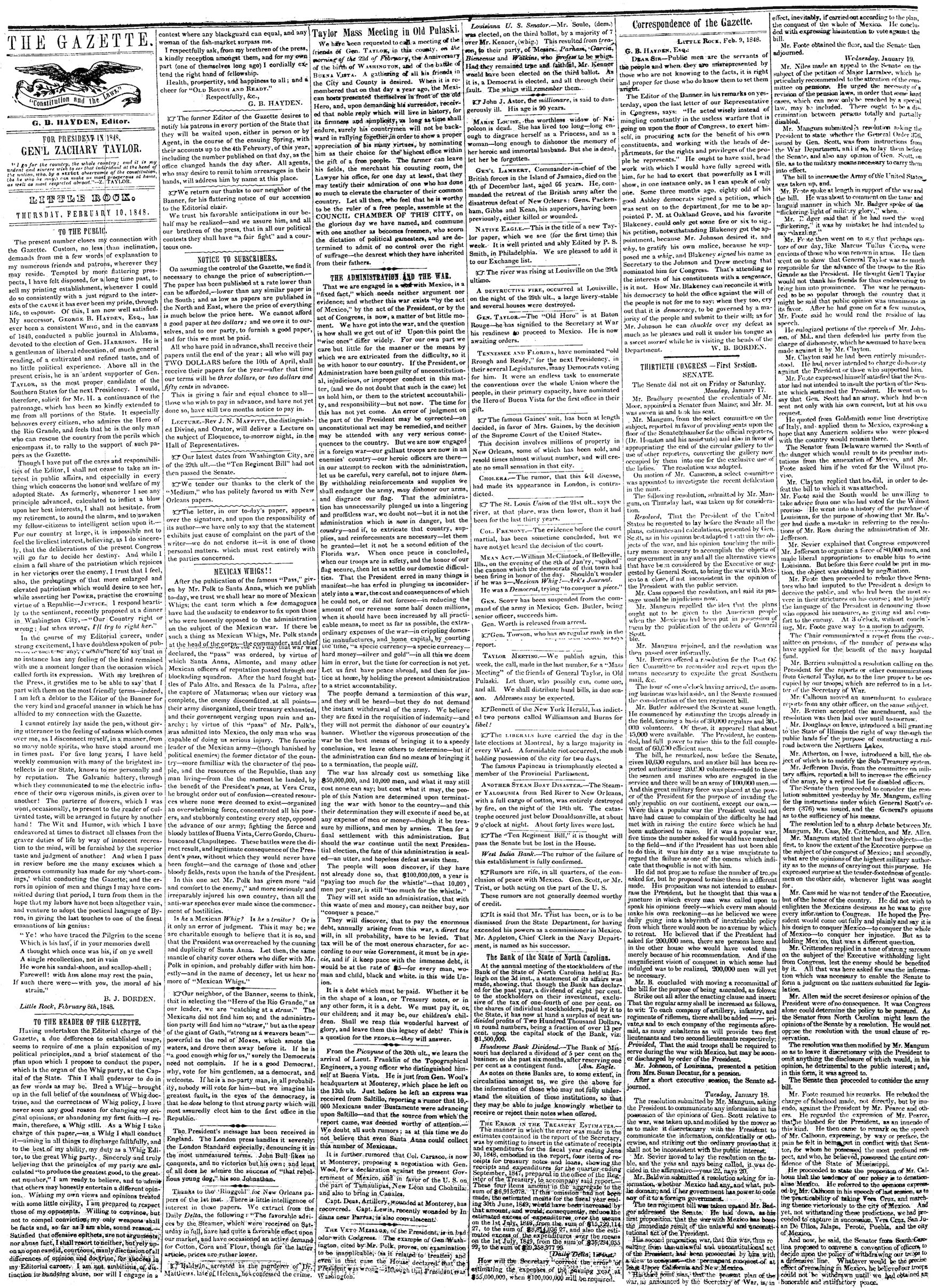