An estimated 300,000 people left their homes and journeyed to California in the late 1840s-early 1850s after President James K. Polk confirmed that a man had found some gold there. This international mass migration is known as the Gold Rush.

Historian Malcolm Rohrbough estimates that in 1849 alone, about 80,000 migrants crossed oceans or the North American continent for the vast, sparsely populated coastal territory the United States had acquired in its 1848 peace deal with Mexico.

On the theory that everyone would get rich outfitting these “Forty-Niners,” Arkansas Sen. Solon Borland and the state’s newspapers touted the advantages of a southern, overland, “Arkansas Route” to the gold mines. The Arkansas Route followed the Arkansas River to Fort Smith before “jumping off” into Indian Territory, heading to Santa Fe and from there to California.

Borland got federal permission for an Army escort to secure this route, and in April an estimated 900 wagons and 2,000 people left Fort Smith, among them adventurers from Little Rock and Clarksville. On the way, the Army would survey and construct a wagon road to Santa Fe. Capt. Randolph B. Marcy of the Fifth United States Infantry led the escort, which reached Santa Fe on June 20.

Three months later, Page 2 of editor George B. Hayden’s Sept. 20 Arkansas State Gazette reprinted a letter Marcy sent to Fort Smith in July reporting that the migrants had arrived safely, and he thought he could take 300 miles off the trek to California. This Page 2 also included horror stories from a competing route to Santa Fe via Missouri.

Among the migrants were members of the Little Rock and California Association, whose officers included Alden Woodruff, son of Gazette founder William Woodruff. Letters about their adventure appeared in Little Rock newspapers that summer and fall — but not in the Gazette. Hayden’s Whig politics didn’t appeal to most Arkansans, and he couldn’t compete for informants — or subscribers — with the two Democratic party newspapers, Arkansas Banner and Woodruff’s new Arkansas State Democrat.

Historian Margaret Ross writes that between illnesses and travel to buy supplies for a public printing contract, Hayden neglected even to write editorials. When Gazette readers complained, he accused them of not paying their bills. 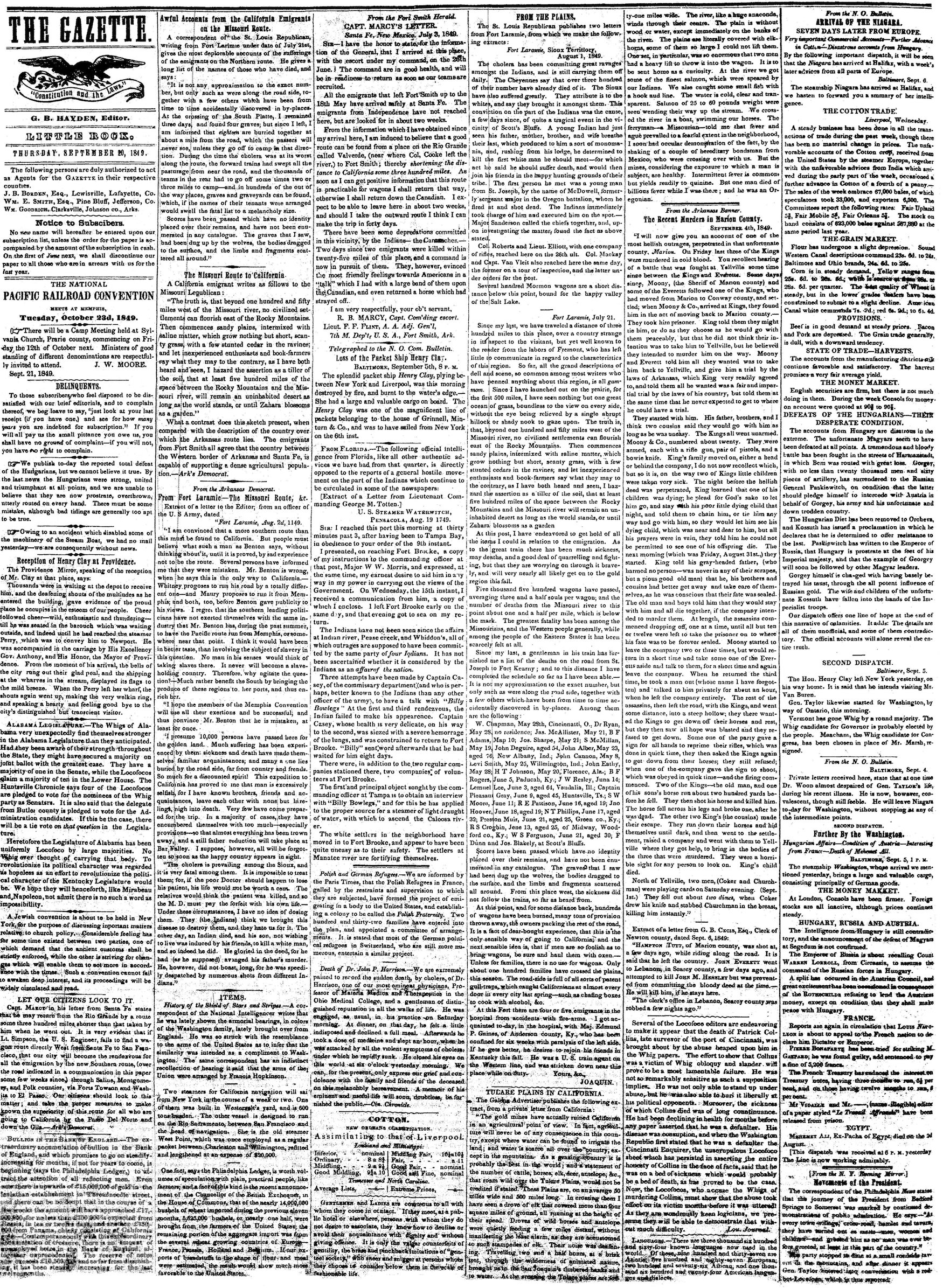