In Little Rock in September 1851, tensions were mounting between Christopher Columbus Danley, state auditor, and Lambert A. Whiteley, junior editor of the Arkansas Banner and the state’s public printer.

The disagreement was exacerbated by Danley’s questions about discrepancies in Whiteley’s public printing accounts, but observers believed its roots were in an old enmity between political enemies and U.S. senators Solon Borland and Robert Ward Johnson. Danley and Borland were allies while Whiteley took Johnson’s side.

On Sept. 16, just before noon, Whiteley waited with Lambert J. Reardon, senior editor of the Banner, in the alley next to the Anthony House on Markham street, where Danley and his brother, Sheriff Benjamin F. Danley, had boarded for several years.

Borland happened to be on the veranda.

As he approached, C.C. Danley saw a glint that was Whiteley’s pistol being pulled out of his pocket, and he attacked Whiteley with his cane. Whiteley fired a shot and then ran down the alley, both brothers in futile pursuit. C.C. Danley had lost the use of one of his arms in childhood, and his leg had never recovered from a wound during the Mexican War; Ben Danley had lost the use of one hand in the war.

Borland, thinking Reardon was about to shoot C.C. Danley in the back, leapt into the fray, disarming Reardon and holding him to the ground. Meanwhile, William Danley, another brother, had heard the shot and came running. He arrived in time to punch Reardon and then smack Whiteley with his stick as he ran back out of the alley, still pursued by the limping C.C. Danley.

In the next edition of the Banner, Whiteley claimed the Danley brothers and Borland had lain in wait to assassinate him and Reardon.

In his first report on this event, Leon Trousdale, editor of the Arkansas State Gazette and Democrat, wrote that he didn’t deem it proper to print the details of the “affray.” Nevertheless, since it was a political fight and not merely personal, on Page 2 of his Sept. 26 issue, he published letters from Danley and Borland giving their side.

Trousdale also published Whiteley’s request that corrections be made to the Gazette’s original notice of the event, but Trousdale made it a point not to take sides, and so he didn’t try to unravel the contradictions of the conflicting accounts. 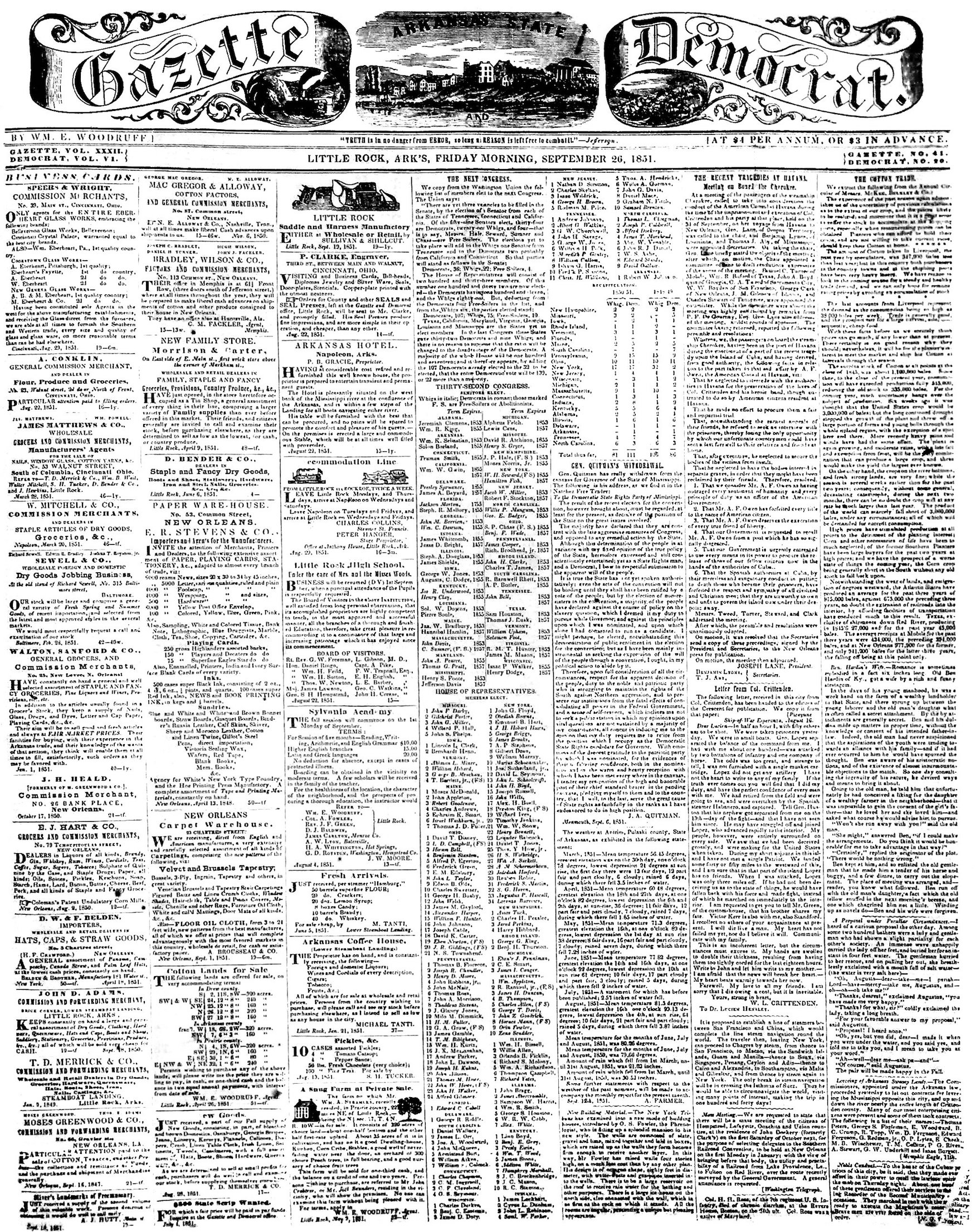 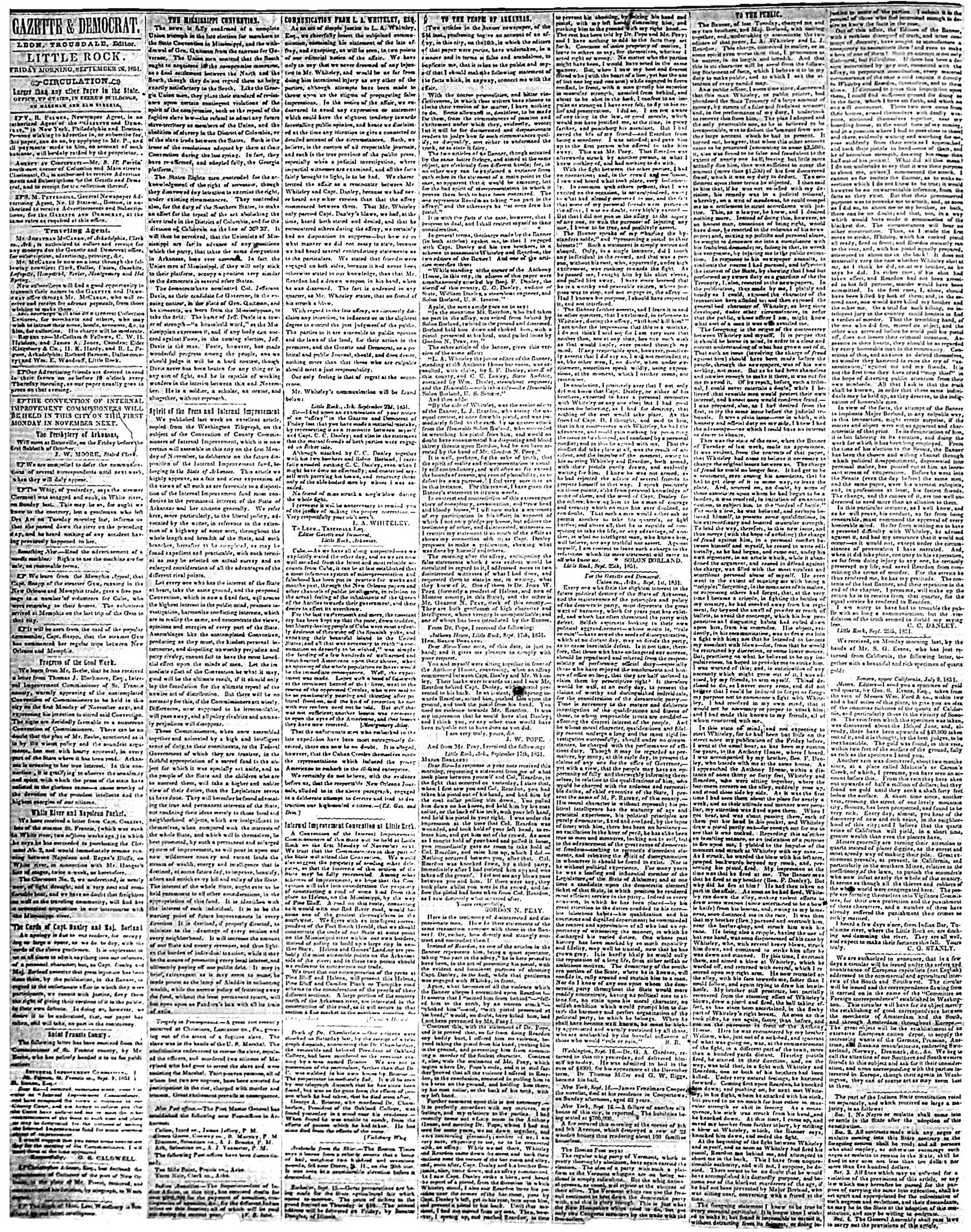