Alden Mills Woodruff, back from the Gold Rush none the richer, was his father’s junior editor in 1852 when the Arkansas State Gazette and Democrat decided to take bets on the national presidential contest.

William Woodruff challenged Scott’s fans to subscribe to the Gazette and Democrat in advance for one year. If Pierce won the election, the Scott backer would owe $5. But if Pierce lost, Woodruff would deliver the paper free for a year. The normal subscription rate was $4 per year or $3 in advance.

John M. Butler, editor of the year-old Arkansas Whig newspaper and a supporter of Scott, offered his readers the opposite deal, but less pricey. Democrats need only risk $3 to gamble with him. In August, Butler bragged that several had taken him up on the bet.

Woodruff countered that only one subscriber had enough faith in Scott to bet on him with the Gazette and Democrat. But then two more subscribed during the ensuing week. He upped his ante: Anyone who could get 100 subscribers to make the $5 wager would get 20% of the payout should Scott win, or, if that person was willing to sign a contract to deliver the $500 within 60 days of a Pierce win, he’d get 33 1/3%.

Pierce won easily; in Arkansas the popular vote was 12,162 for Pierce and 7,325 for Scott. Northern and Southern Whigs had splintered over slavery; Whigs who opposed slavery were leaving to join the new Republican Party. Democrats had no such internal disarray because they supported slavery.

On Nov. 12, the Gazette and Democrat illustrated the victory using a woodcut of a crowing rooster standing over a supine raccoon and the headlines “Glorious victories of the Democrat! Whiggery defunct!”

It wasn’t finished crowing. Page 2 of the Nov. 19 edition included a political cartoon titled “Heads of the People.” Text explained that these “human thermometers” had been sketched in the street shortly after the election news arrived, and the subjects “very likely” were bettors on the result.

The cartoon is believed to have been drawn by Edward Payson Washburn, who would win fame in the future for his iconic painting The Arkansas Traveller. Woodruff’s Nov. 12 editorials had praised Washburn’s talent and urged readers to patronize his recently opened studio in Little Rock. 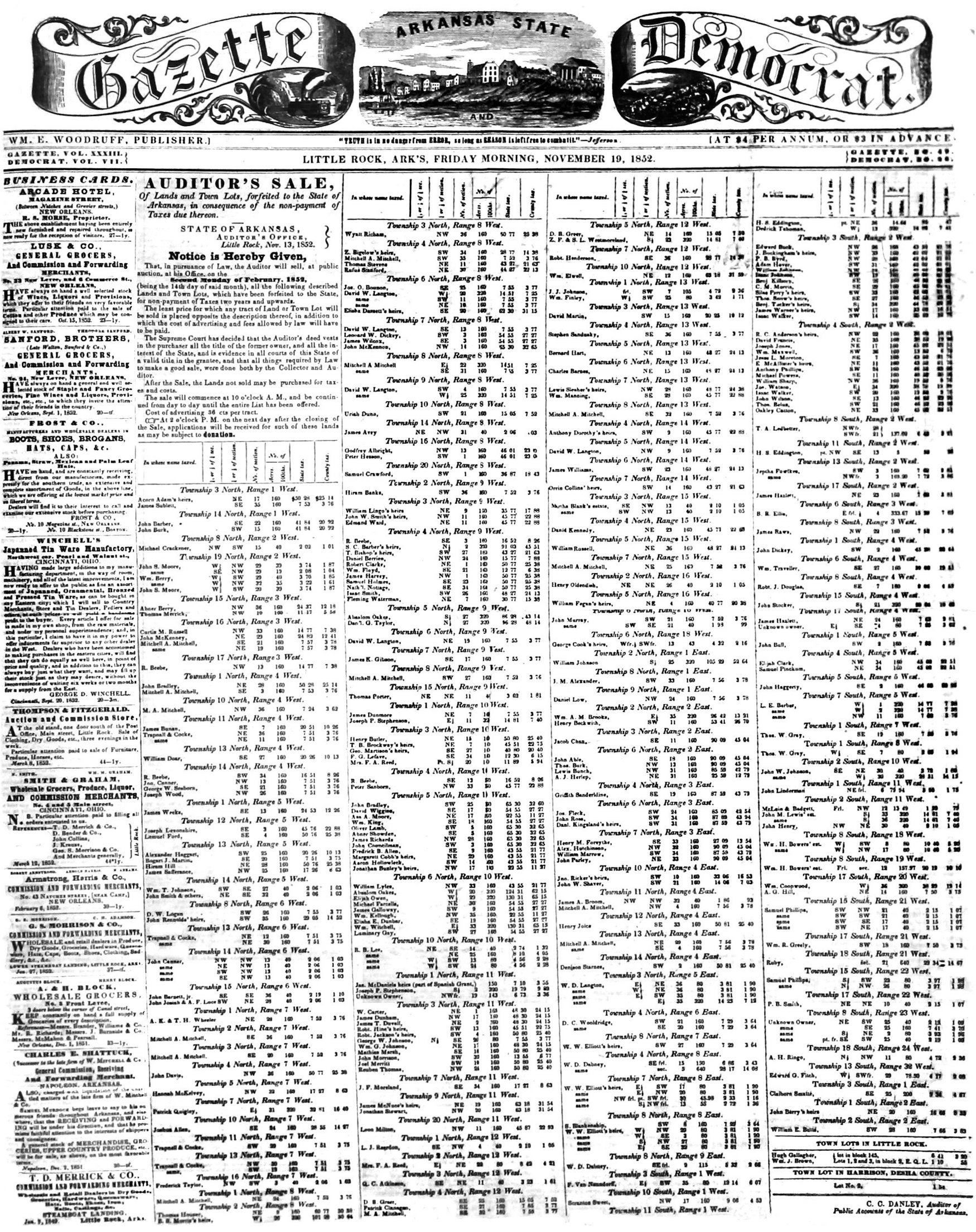 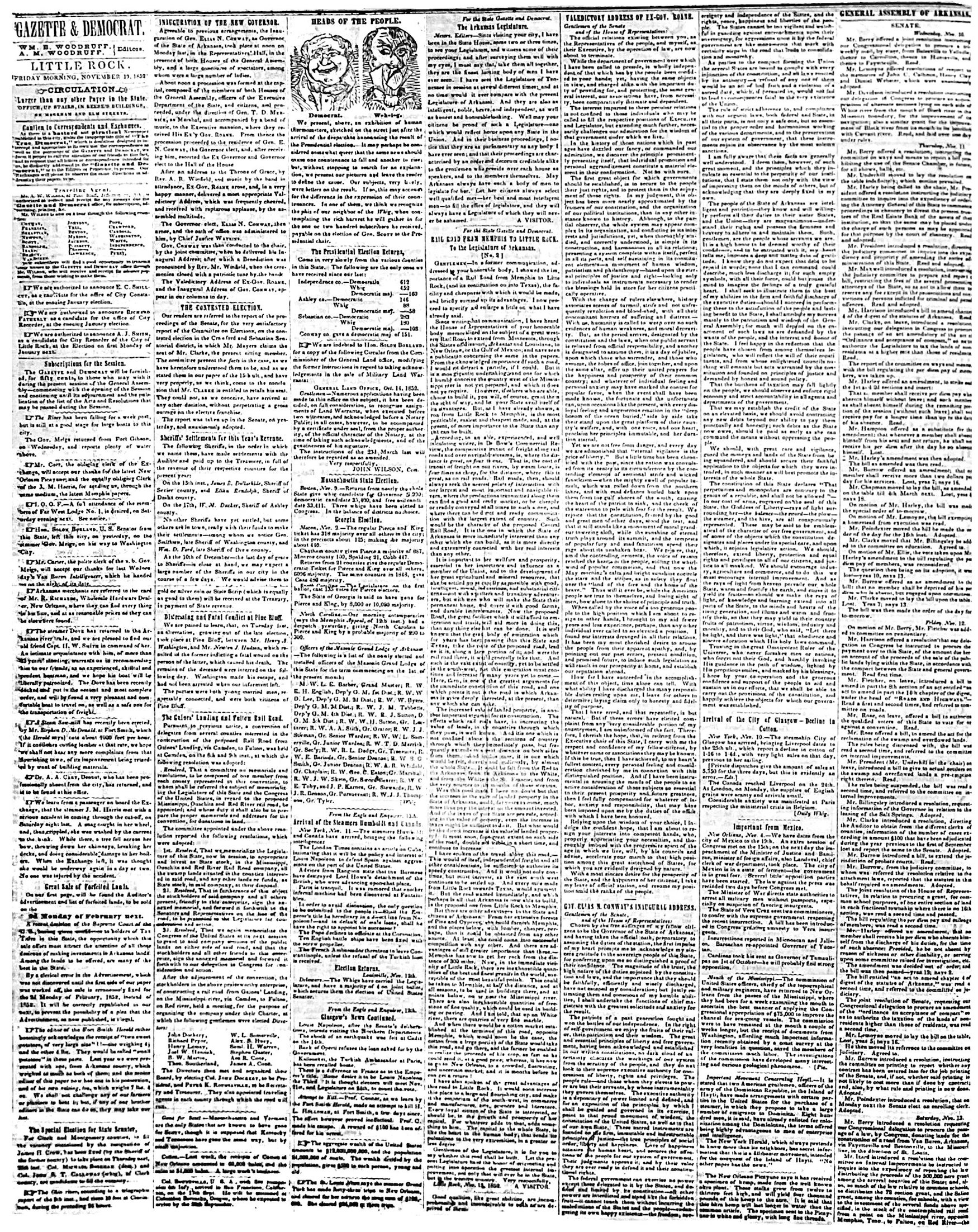