March 18, 1853, was founding editor William Woodruff’s final issue as owner and editor of the Arkansas State Gazette and Democrat.

On Page 2, he announced that he had sold the paper to state auditor Capt. Christopher Columbus Danley.

In Arkansas Gazette: The Early Years 1819-1866, historian Margaret Ross suggests that the 58-year-old entrepreneur had lost interest in politics. “Most of the time, the primary purpose of his political work had been to advance the career of a close personal friend, but he had outlived those whose battles he was eager to fight.”

He focused on his businesses, including his land agency and farming.

His son Alden Mills Woodruff, who had been junior editor since his return from the Gold Rush, was not keen to continue in the trade. After Woodruff retired, Alden became a planter; later he owned and operated a steamboat. When his younger brother William E. Woodruff acquired the press in in 1866, Alden came back to manage its side-business printing jobs. He died of Bright’s disease at Little Rock in 1893.

The senior Woodruff, father of 11 children, never again engaged in politics in print. For the ensuing 32 years he minded his own businesses, which included his lucrative land agency and his farm. He died June 19, 1885. He was 90.

Woodruff’s valedictory letter to subscribers appeared on Page 2 of this edition. Ross notes that sections of it were lifted verbatim from the farewells he had written in 1838, when he tried to sell the Gazette to the debt-prone Edward Cole, and 1843, when he sold it Benjamin J. Borden, the Whig. 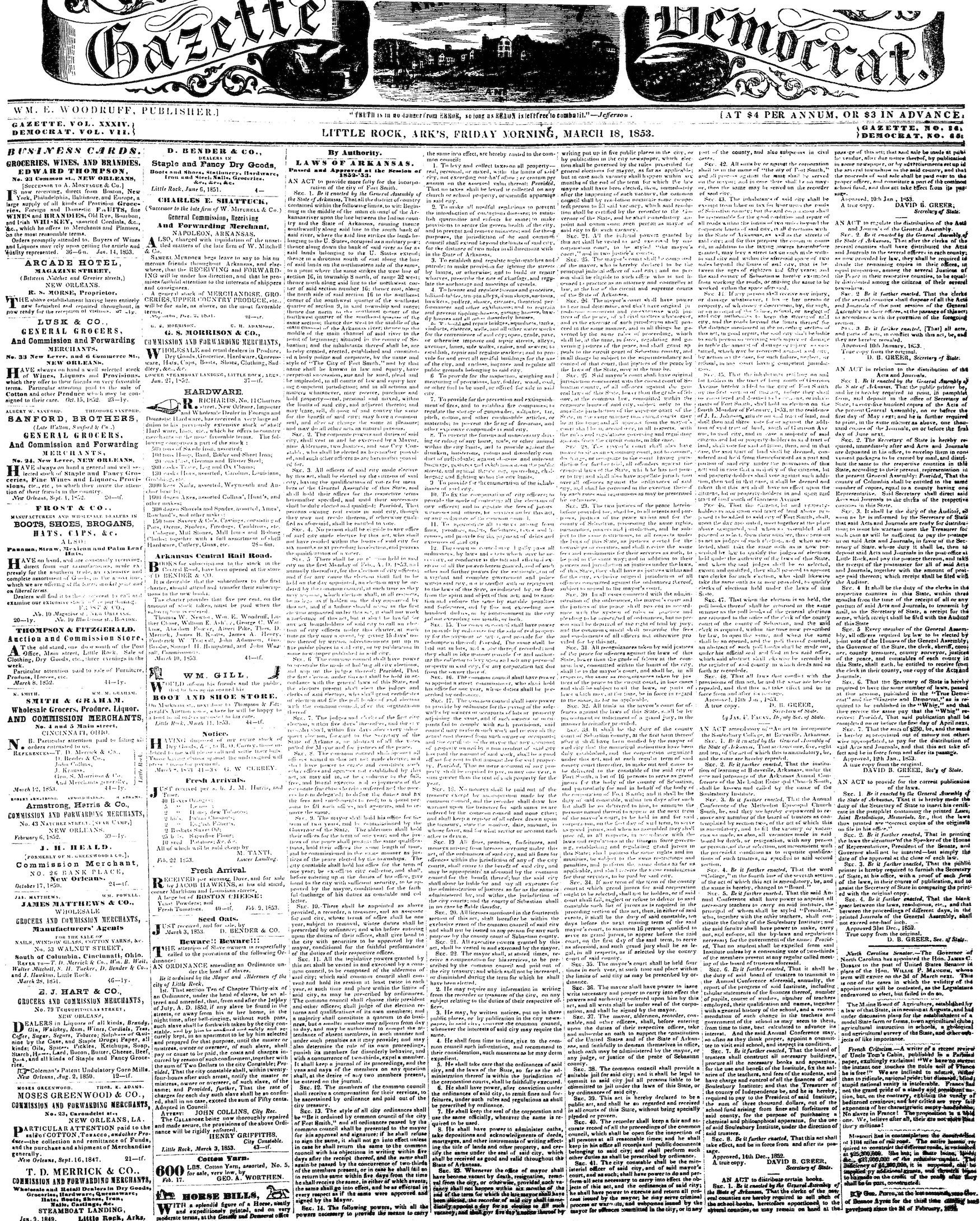