Little Rock did not have a firetruck until September 1839. The first volunteer company drilled with it briefly but lost interest — it weighed about 5,000 pounds and had to be pulled by firemen. So the city was ill prepared in April 1840 when all the buildings on the west half of Markham Street between Main and Scott streets burned down.

By 1846, when William Woodruff marshalled the Pulaski Fire Company, volunteers were better trained; but the city lacked a hook and ladder outfit.

In February 1854, after a series of arsons, Arkansas State Gazette and Democrat editor Christopher Columbus Danley suggested that when found, the culprit should be lynched. Eleven days later, an inferno consumed all the buildings on three lots of the northeast corner of Markham and Main streets, including the Gazette and Democrat offices.

While the town turned out to fight the fire — or loot the shops — a doctor, a visitor from Maryland and a Gazette employee saved Danley’s account books and the already printed outside (Pages 1 and 4) of his Feb. 24 edition. The Arkansas Whig opened its shop to let him print his inside pages, and the smoke-smudged paper came out on time.

In a letter to subscribers on Page 2 of Feb. 24, he explained that unnamed backers had stepped up to help him buy new type and equipment, and he expected to resume publication in a few weeks. (They were Woodruff and Sterling H. Tucker.) In the meantime, the Whig would let him publish ad sheets, which he would deliver for free; and he would extend readers’ subscriptions for however many weeks he missed. He missed only nine weeks.

He also offered a discount to derelict subscribers who would pay up at once, saying, “There is enough due the paper to pay the entire expense of refitting the office.”

From the ashes arose the Defiance Hook and Ladder Company, a well-trained volunteer fire squad that served Little Rock for decades. 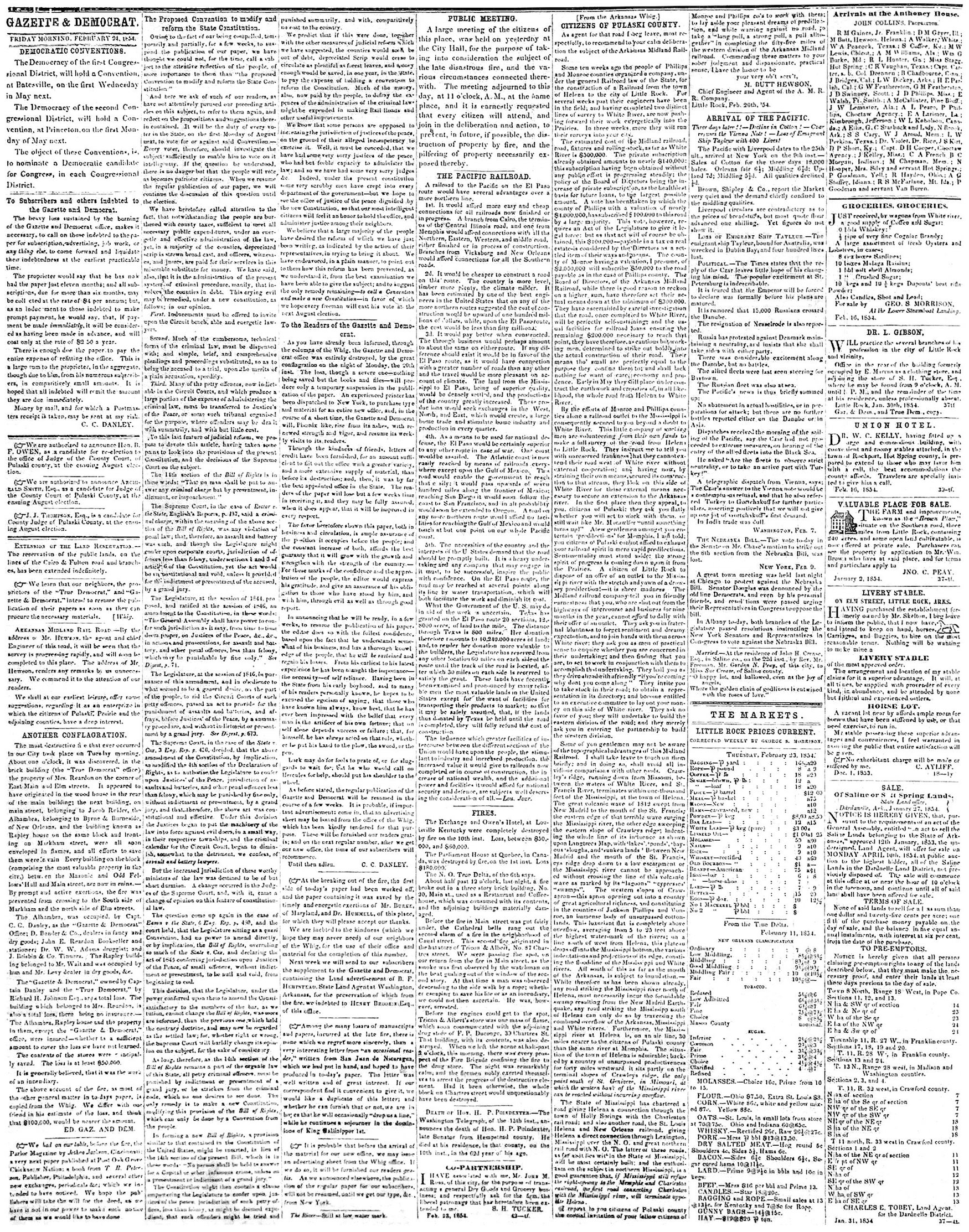