The Arkansas State Gazette and Democrat debuted a new format Jan. 5, 1856: eight columns of weensy type instead of the old seven columns.

The editors named on Page 1 were still Solon Borland and Christopher Columbus Danley. The motto that William Woodruff in 1843 had attributed to Thomas Jefferson was shortened to read “ERROR ceases to be dangerous, when REASON is free to combat it.”

In a letter to readers on Page 2, Borland said the new format increased the paper by one-third, making it as large as any in the state, and “by reason of the smaller size of our type, it gives to our columns a capacity for reading matter, of about twenty per cent, or nearly one-fifth, greater than those of any other.” Yes, the tiny type was a selling point.

Page 1 of the Jan. 5 issue held a speech by Sen. John Bell of Tennessee to a meeting of the American (Know Nothing) party in Knoxville. Bell quoted two stanzas of Sir Walter Scott’s “The Lay of the Last Minstrel” that appealed to this national party of anti-immigration, anti-Catholic nativists. Support for Know Nothings had arisen during a tidal wave of immigrants from Roman Catholic Ireland who were fleeing famine, but the Know Nothings were splintering over slavery.

The national Democratic Party already had fractured over abolition, and its anti-slavery members joined the new Republican Party.

Danley editorialized against Democrats as “Pizerinctums”; he campaigned for the Know Nothing nominee for president — Millard Fillmore, a former Whig who did not attend the nominating convention. The election of 1856 is the sole instance in U.S. history in which a party snubbed its incumbent president and won — the Democratic presidential nominee, James Buchanan, defeated President Franklin Pierce, also a Democrat.

Know Nothings were few in Arkansas, where the controlling “Dynasty” of Elias Conway’s relatives and in-laws were Democrats.

The Gazette’s new format gave Borland room to publish a verse by his 7-year-old daughter, Fanny. Fanny would grow into a well known post-war poet noted for sentimental verses about the Lost Cause and its “boy martyr,” David O. Dodd. But her first published bit was about a mole. To read it, see arkansasonline.com/200/611bonus. 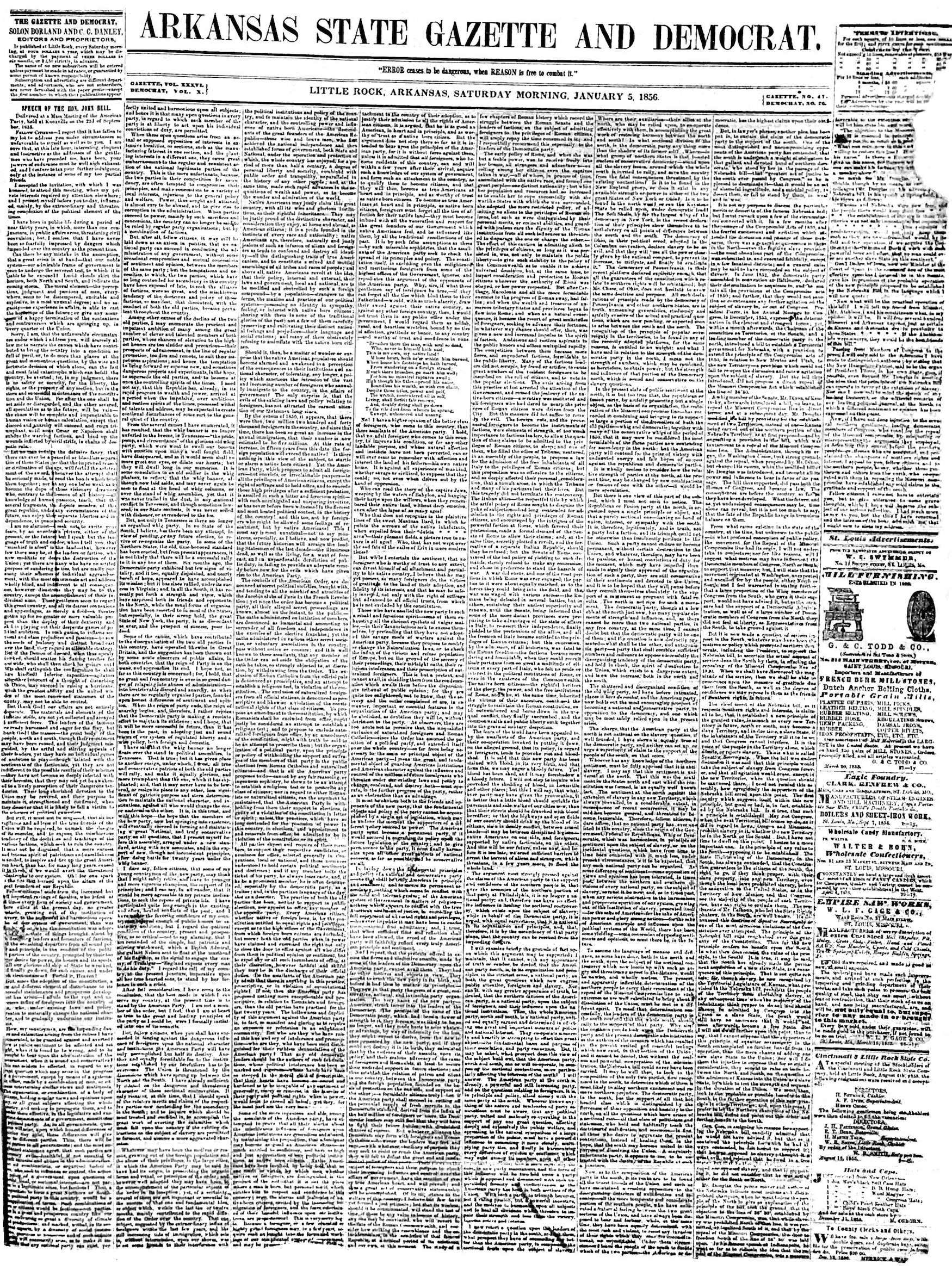