The year 1857 brought declining health for the Arkansas State Gazette and Democrat’s editor Christopher Columbus Danley. “An attack of rheumatism which had settled in his eyes” forced Danley to take time to recuperate, for he could not continue his editorial work as his eyesight worsened. C.F.M. Noland assumed much of the editor’s role at the Gazette from February to June. Though Danley returned briefly in July, he wouldn’t report significant improvement until September.

Noland had suffered from consumption since 1833, but he was well enough to write in the summer and fall of ’57. Danley believed it was important to preserve state history and so urged Noland to write 10 reminiscences of prominent Arkansans. The essays were not considered histories but were highly entertaining character sketches, and each was published separately, beginning in November.

Danley was also a strong proponent of railroads.

Plans were being made in early 1857 to start building a railroad between Memphis and Little Rock and, the Gazette reported in June, after delays due to finances and changing leadership the first rails had finally been laid in Hopefield (now known as West Memphis).

On Page 2 of this July 18, 1857, edition, back briefly in the editor’s chair, Danley wrote a glowing report about the 3 miles of track already laid. It was projected that the work would progress at a mile a week.

Danley saw great improvements ahead: “You may, for a time, be harassed by painful doubts and beset with trying difficulties, but the mighty spirit you have invoked — the Genius of Progress — will sweep them all aside …” Calling the locomotive the “Prophet of the Iron Tongue,” he said that if its voice was heeded:

What wonders of the future might we unfold — a tale of time to come — penetrating far, far into its darker abyss, before which, arrayed in the simple, stern garb of truth, the most gorgeous creations of fiction, the brightest visions of poetry, the wildest dreams of romance, would fade into utter insignificance.

Despite slow progress, in large part due to continued lack of funding, in September a locomotive named the Little Rock was the first train to run the tracks in Arkansas, and by November, eight miles of railroad were complete. 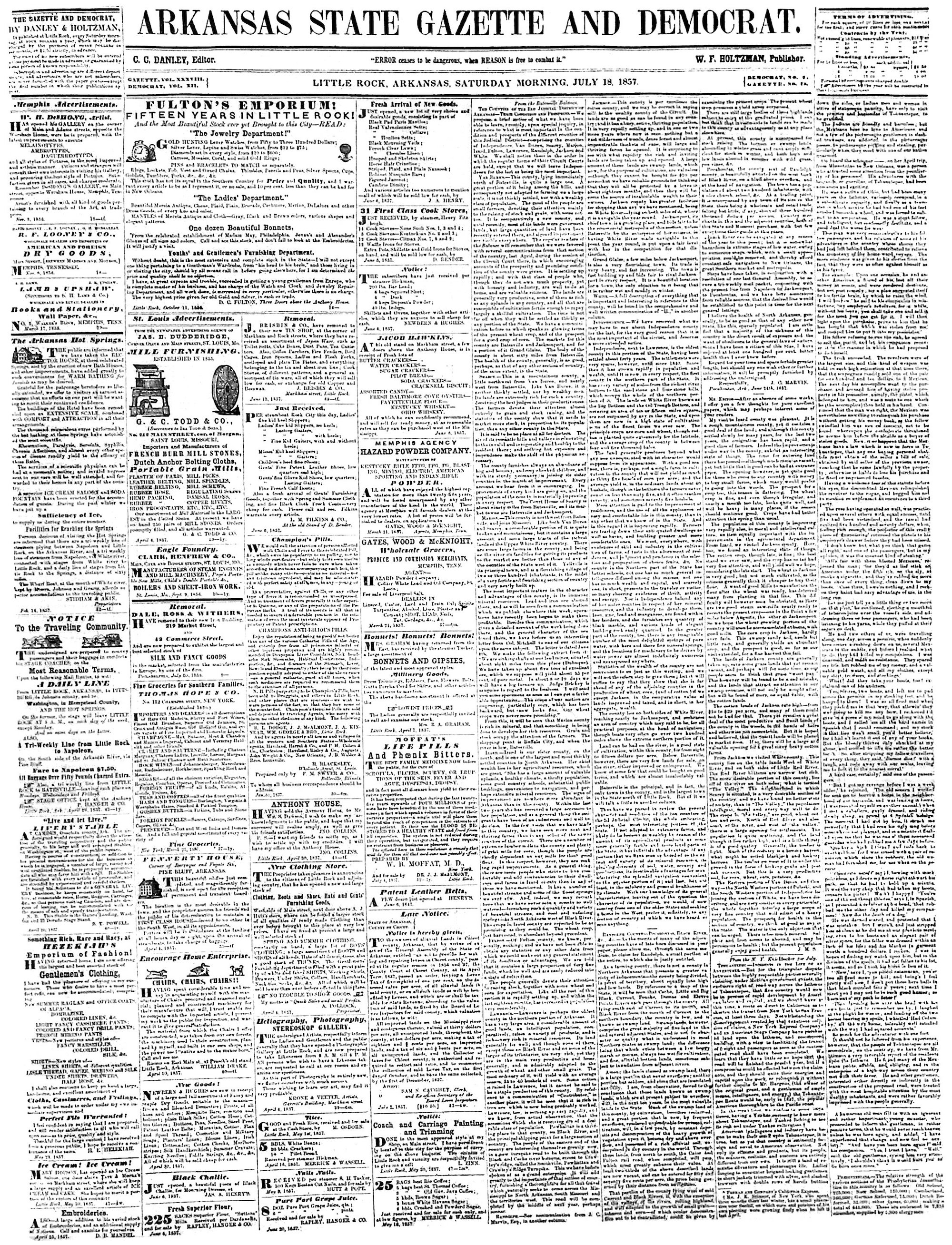 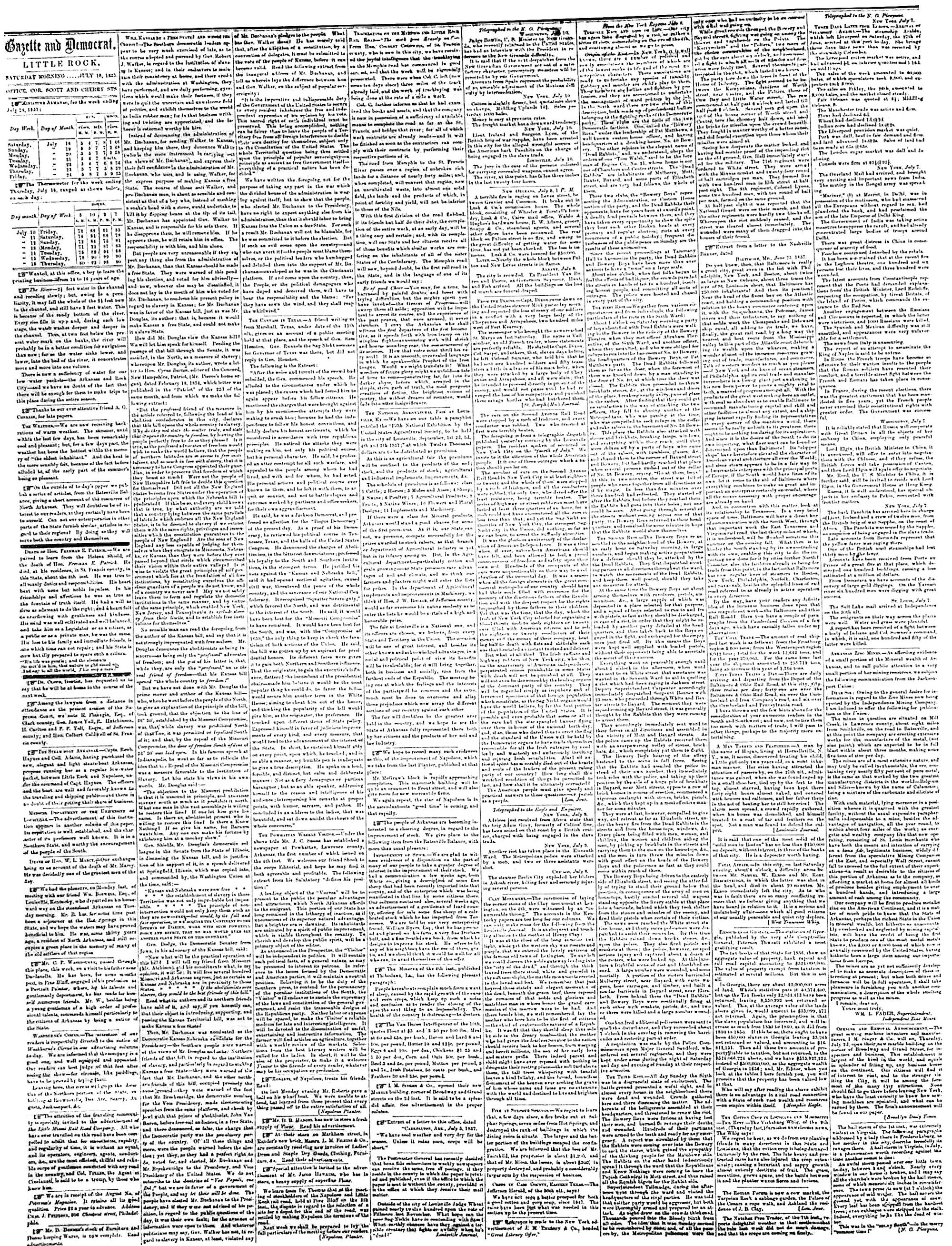