“A rail road ride of forty miles in Arkansas! Only think of it!” exults Christopher Columbus Danley, editor of the Arkansas State Gazette and Democrat, on Page 2 of this Nov. 20, 1858, edition. The Memphis and Little Rock Railroad had been completed from Hopefield (modern-day West Memphis) to Madison on the St. Francis River. To prove that the railroad was fully operational, Danley reprinted an ad from the Memphis Bulletin with Montgomery Lynch’s name affixed to it, chief engineer and superintendent of the railroad.

Danley reported that the railroad was debt free and that the citizens of Tennessee had done their part. It was now Arkansas’ turn: “Every man should put his shoulder to the wheel, and not tire nor stop to rest until the Memphis and Little Rock rail road is completed the whole distance through to Little Rock.” Despite Danley’s encouragement, the distance from Memphis to Little Rock wouldn’t be traversed by rail until 1871.

Danley also ran for a state Senate seat in 1858 as an Opposition or People’s party candidate because the label American party or Know Nothings had become a liability. Former Know Nothings wanted to distinguish themselves from the other former Democratic party offshoots that were calling themselves Independents.

Holtzman had been publisher of the Gazette since October 1856, though Danley never printed a formal notice. Holtzman had been a Gazette printer for 10 years; he bought a one-third interest and took the title “ publisher” because he didn’t want to write.

Holtzman wanted to leave all of the editing and writing to Danley. But with Danley campaigning against Col. Francis Augustus Robinson Terry for the Pulaski-Prairie seat, Holtzman had to do it all. A newly added section called “Home News,” which consisted of reprinted items from other Arkansas papers, helped him to fill pages.

Danley lost to Terry. He blamed his loss on the absence of at least 35 Know Nothings and also claimed that Terry had spent exorbitant amounts of money campaigning, that there had been illegal voting, and that some who said they were Know Nothings had voted Democratic. He eventually went so far as to accuse Terry of basing his entire campaign on “shameless humbuggery and willful lies.” 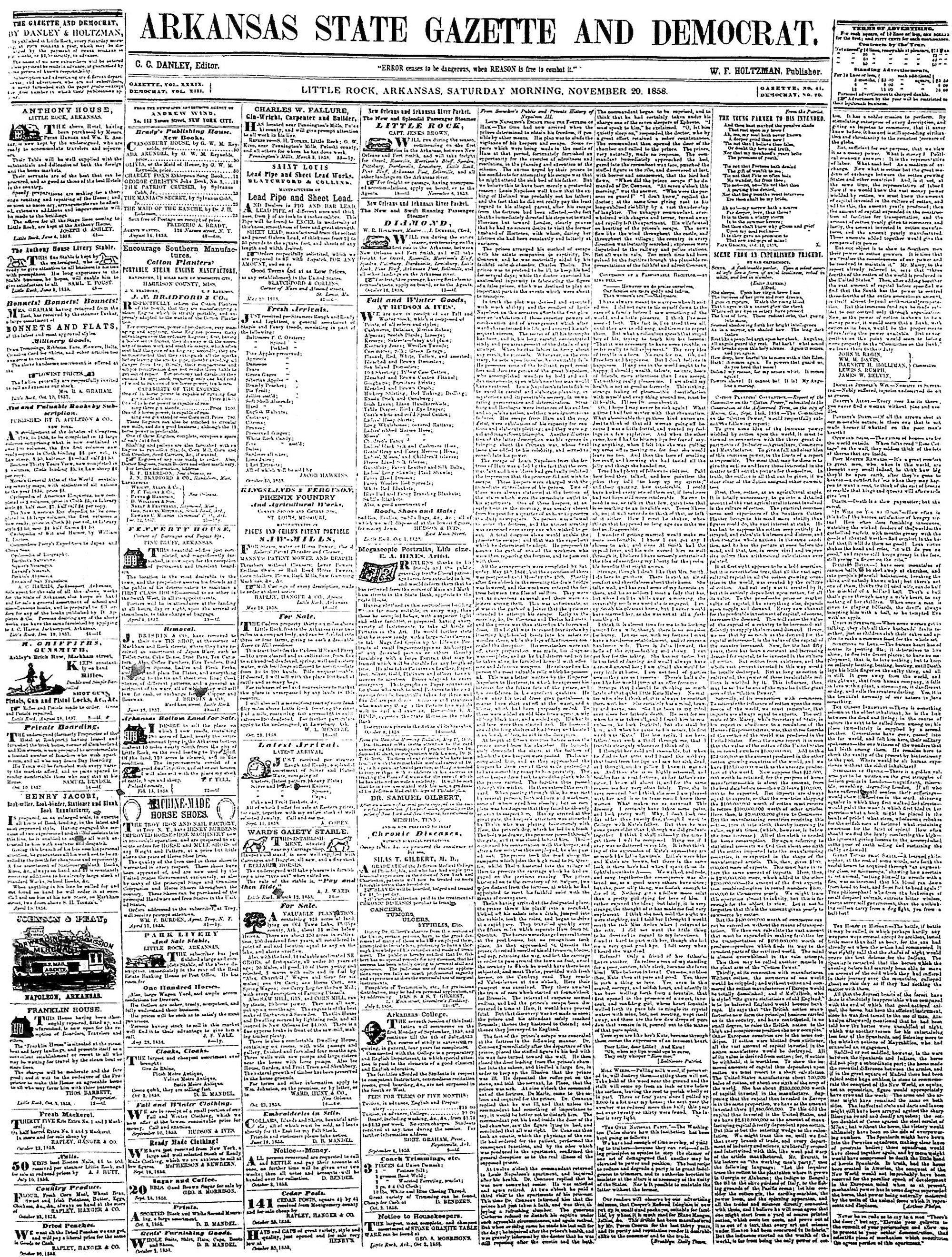 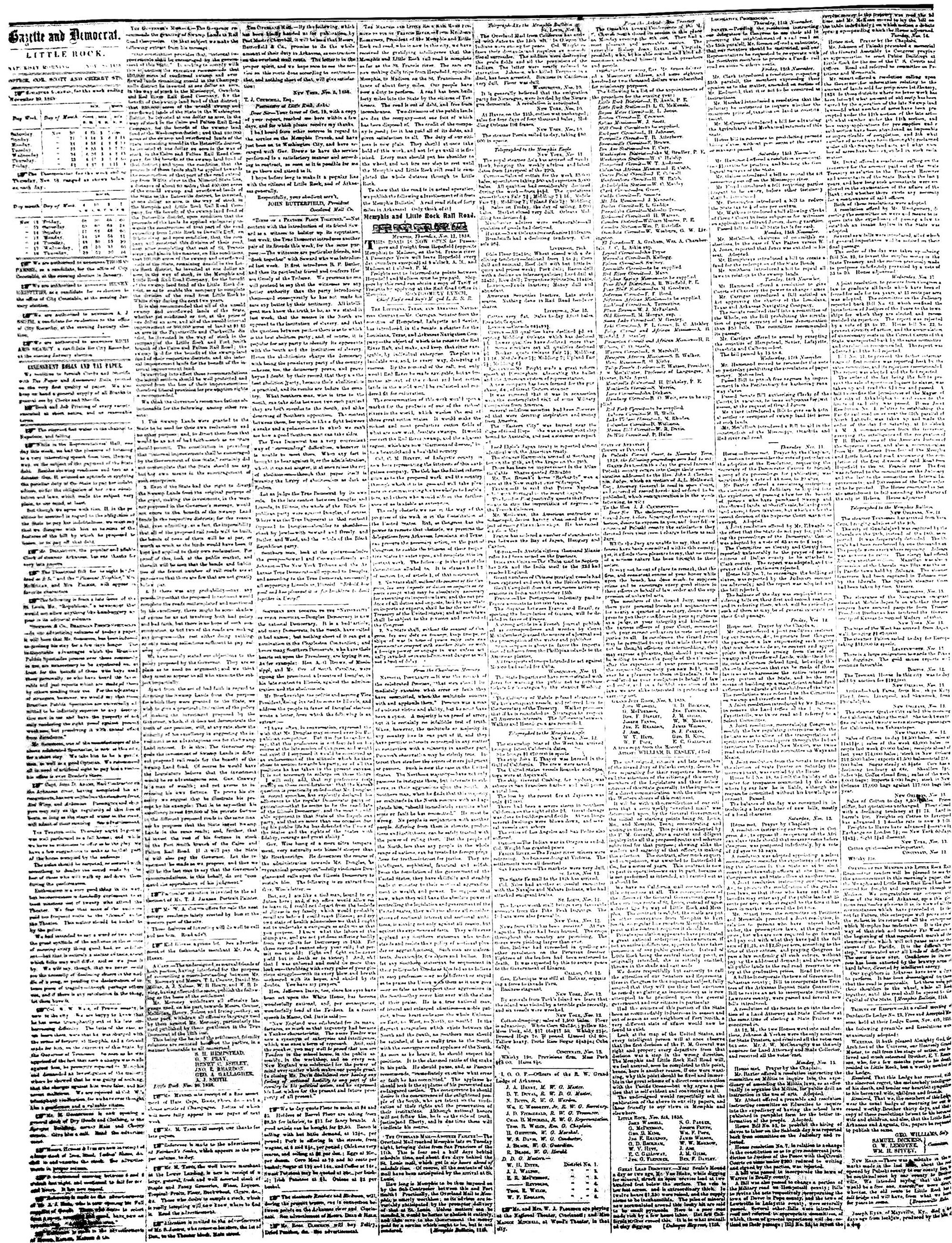