Page 2 of the May 11, 1861, Arkansas State Gazette reports that state of Arkansas has seceded from the United States of America. The vote to secede came in a convention at Little Rock of delegates from across the state.

The same group had met before, beginning March 4 — the day Abraham Lincoln was sworn in as U.S. president. They elected as their chairman David Walker, a conditional Unionist willing to remain in the Union so long as it permitted slavery. Gazette editor Christopher Columbus Danley, a slavery supporter who opposed rash action, had recruited many of these delegates.

In March, the convention voted for watchful waiting. But Gov. Henry M. Rector was a secessionist and had been behaving for months as though the Union was dead. In a compromise Walker made with Rector’s backers, a general election to let the people decide was scheduled for August. Adjourning March 21, delegates went home to campaign for their sides.

In January Rector had the Legislature send Danley and Thomas J. Churchill to New York to buy $100,000 in arms and ammunition.

In February, after a series of rumors spread via the newfangled telegraph from Memphis, 800 to 1,000 volunteer militiamen showed up in Little Rock believing they had been summoned by Rector to seize the Little Rock Arsenal. To prevent bloodshed, Capt. James Totten evacuated his small staff to St. Louis.

Rector sent Gen. James Yell to camp opposite Memphis and put Solon Borland in charge of kicking federal troops out of Fort Smith.

But much of the state saw no immediate threat from Lincoln — until April 12-13, when the Army of the Confederate States of America bombarded Fort Sumter, a U.S. sea fort near Charleston, S.C. The fort surrendered, and then Lincoln called for 75,000 volunteers. His quota from Arkansas — for 780 men — was seen as tyranny.

Along with other conditional Unionists, Danley joined the chorus of pro-secession voices urging Walker to reconvene the delegates. They met May 6, and on a vote of 65-5, Arkansas became the ninth of what would eventually be 11 rebel states. 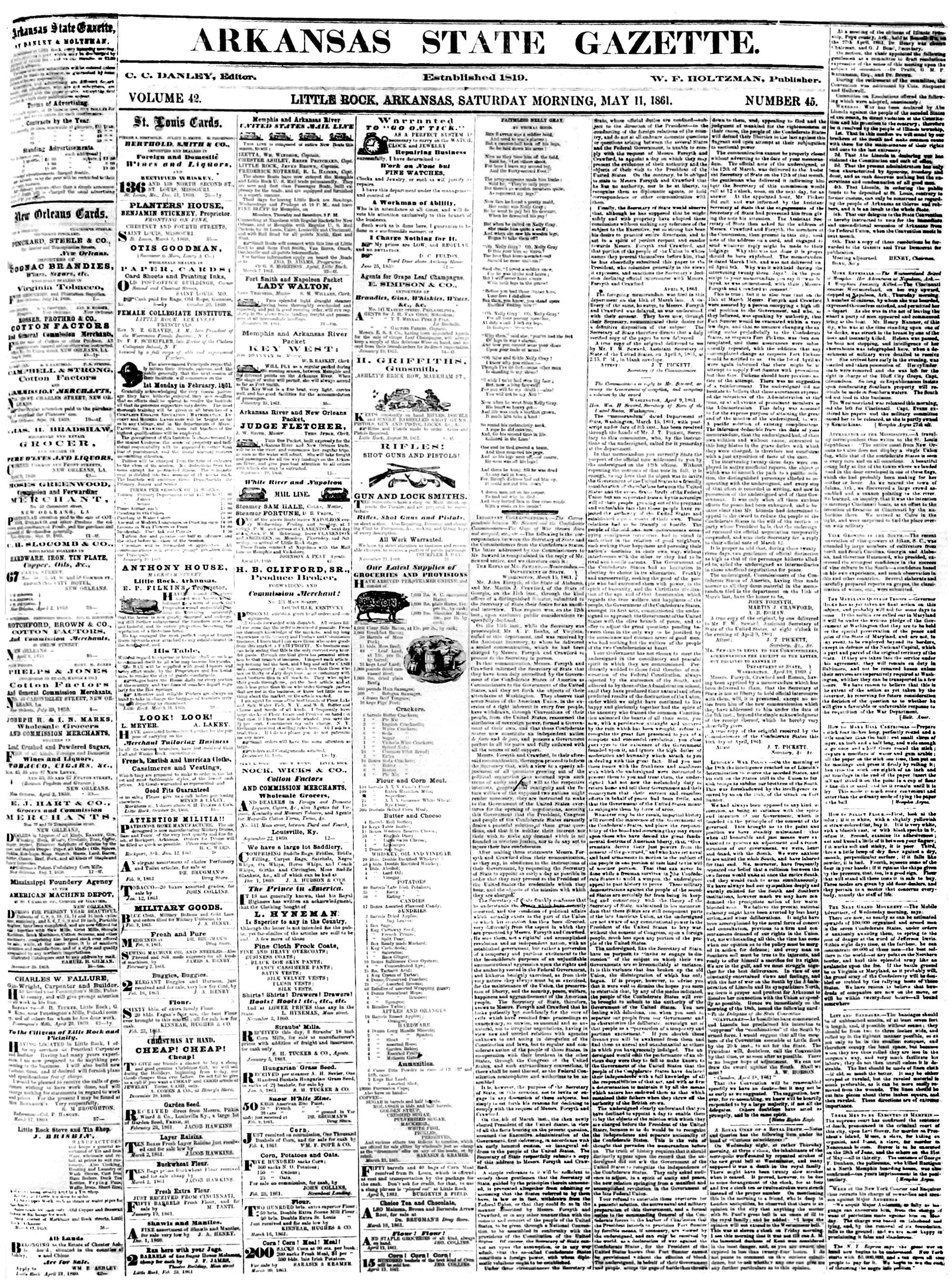 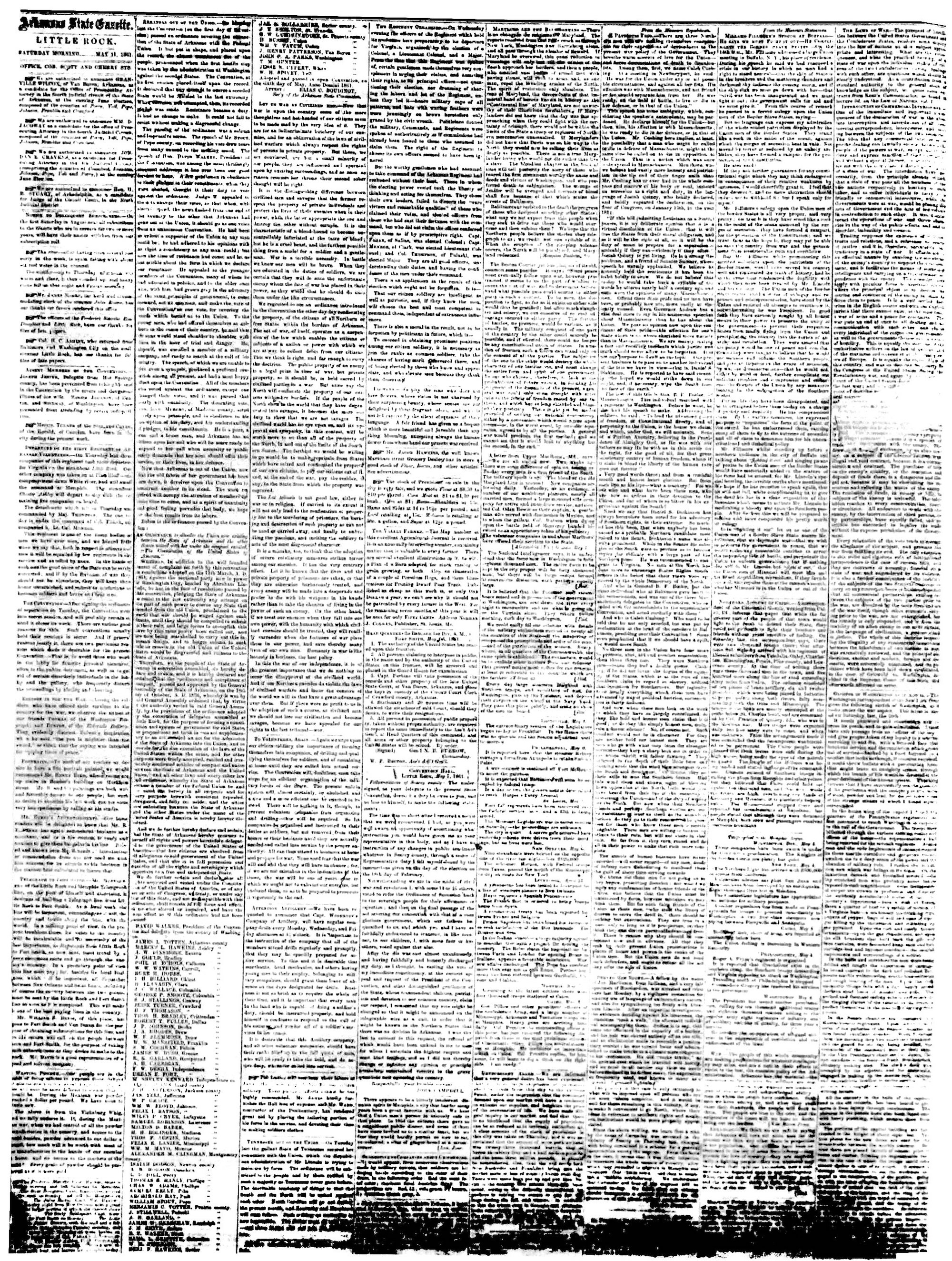