Page 1 of the July 2, 1866, Little Rock Daily Gazette provides the texts of two serious post-war developments: a city of Little Rock ordinance making it illegal to keep more than one 25-pound keg of gunpowder in or around your house; and a proposed amendment to the U.S. Constitution.

Sharp-eyed readers will note a tiny exclamation point in the second report: “The following is a correct copy of the proposed amendment to the Constitution of the United States that has passed both Houses of Congress by the Constitutional majority, and which will become (!) a part of the Constitution ratified by the Legislatures of three-fourths of the States …”

The 14th Amendment granted all persons born or naturalized in the United States — including recently freed slaves — citizenship and equal protection under the laws. It was bitterly opposed by the former Confederate states, including Arkansas, which refused to ratify until Congress passed the Reconstruction Acts that made ratification a prerequisite for statehood.

This page also offers a chart showing that Arkansas would retain two representatives under the amendment; bits of international news; a scandal involving Missouri’s Gov. Thomas C. Fletcher; local Union club news; a recipe for killing houseflies with black powder, brown sugar and cream. And there’s a full column of ads for lawyers, doctors — and a liquor store.

For the author of the tiny exclamation point, look at the folio line just below the nameplate: “By W.E. Woodruff Jr.”

In June, the son of the founder of the  Arkansas Gazette had bought the Little Rock Daily Gazette and its weekly sister,Arkansas State Gazette, from William F. Holtzman, who was rapidly following his partner, Christopher Columbus Danley, to the grave. Holtzman would die of tuberculosis at 2 a.m. Aug. 12; he was 41.

The new editor came from a family that had owned slaves. During the war, William Jr. led a Rebel artillery outfit and was elevated to Major Woodruff. A few months after he assumed his newspaper duties, his former comrade and law partner, W.D. Blocher, bought a share in the paper.

And older brother, Alden M. Woodruff, returned to take on the sideline job-printing and book-binding.

For the next decade, the Gazette was once again a Woodruff family enterprise. 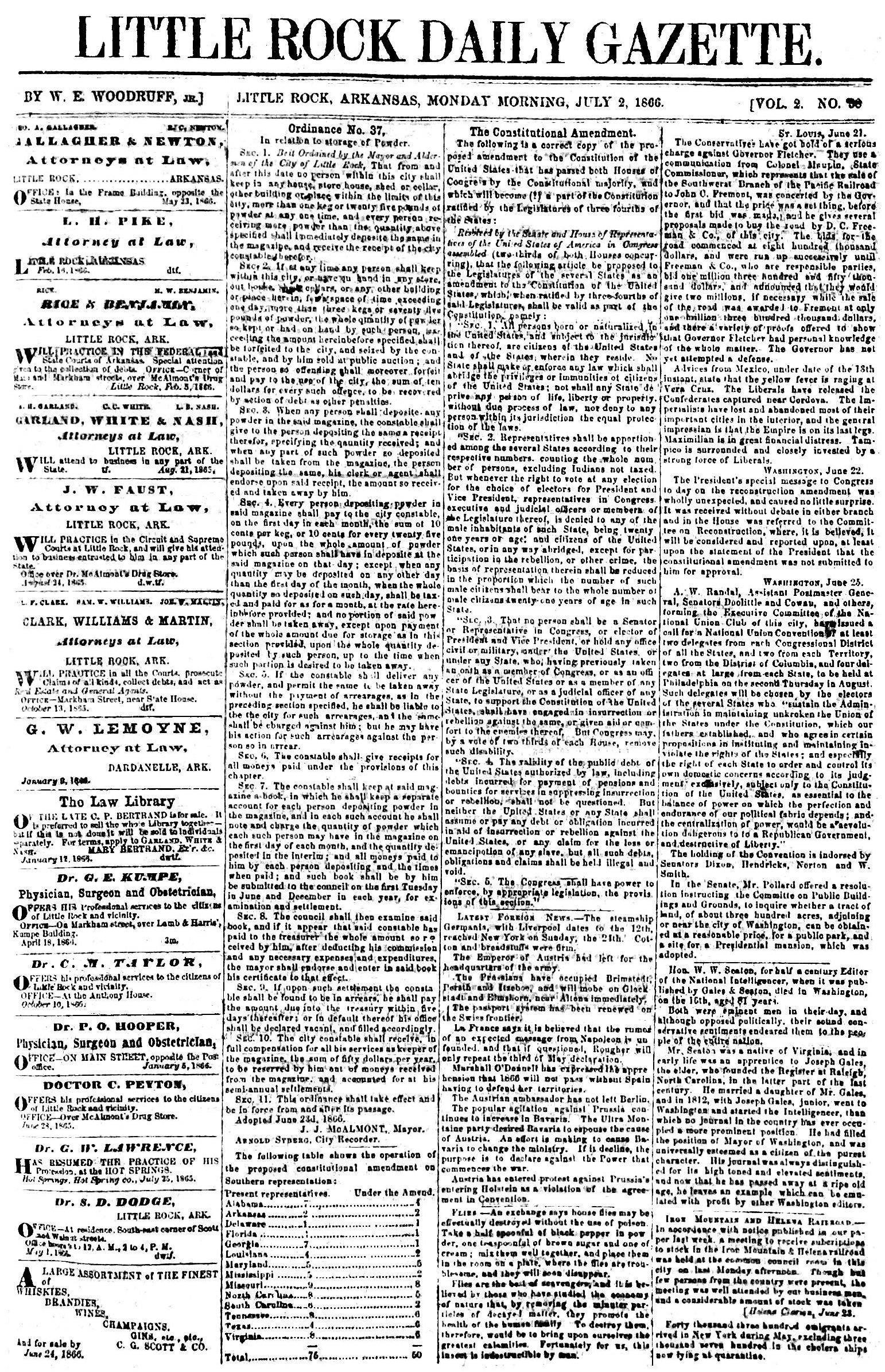