As they had been before the war, Arkansas newspapers were again bickering partisans, and Woodruff’s Gazette was a Democrat paper appealing to ex-Confederates. An example is seen in the “chatter” atop the Latest By Telegraph news column: “Special to the Gazette, but generally appropriated by the the [Daily] Republican without credit.”

Among those telegraph items is a description of the dedication in Maryland of Antietam National Cemetery at Keedsville (Keedsyville).

President Andrew Johnson had pardoned prominent leaders of the former Confederacy and offered the defeated rebels reinstatement in the Union if they would ratify the 14th Amendment. That amendment guaranteed citizenship and equal protection under the laws for all citizens, including those who had been enslaved. All the Southern states except Johnson’s native Tennessee refused.

Tennessee was welcomed back into the Union fold; the other states were punished by a Congress dominated by Radical Republicans, the party most determined to enforce civil rights for freedmen. In March 1867, it retaliated against the recalcitrant South by passing, over Johnson’s vetoes, prerequisites for readmission — the Reconstruction Acts.

Among the provisions, each state had to ratify the 14th Amendment and submit to Congress a new state constitution with voting rights for black men. Ex-Confederates who had taken the oath of amnesty in the past were no longer guaranteed the right to vote. And the former South (except Tennessee) was divided into five military districts, each controlled by a general.

Maj. Gen. Edward Ord was the chief executive in charge of Arkansas as part of the 4th Military District. Ord disbanded the General Assembly, but left Gov. Isaac Murphy in office. In September, Ord called for an election to be held in November to approve a convention to write the required new state charter.

According to the Arkansas Encyclopedia of Arkansas History and Culture, Ord also worked to register and protect voters; and there were 66,316 voters on the rolls by November: 43,170 white, 23,146 freedmen. About 60% voted in the November election, approving a constitutional convention. The convention began its work in January 1868. 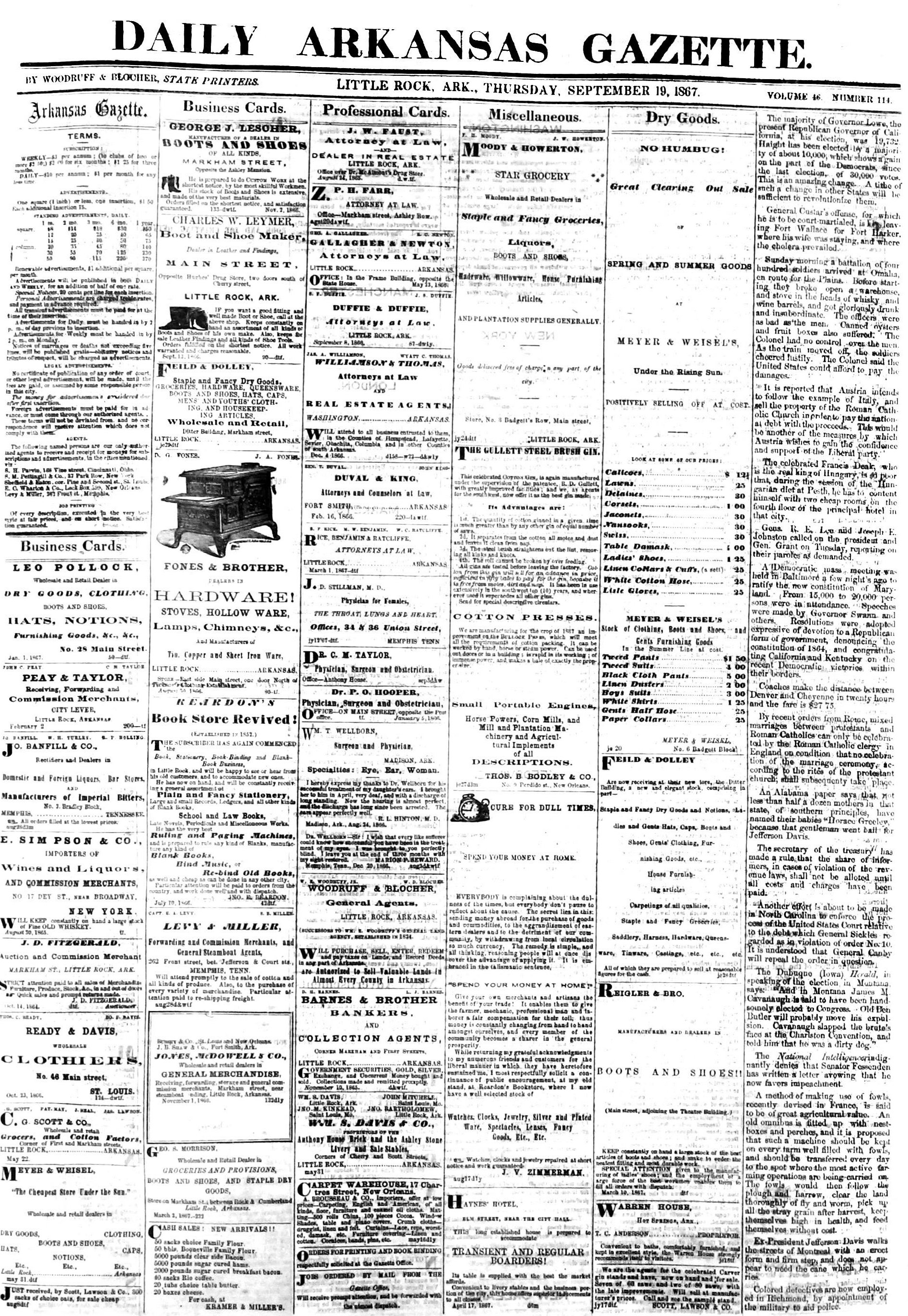 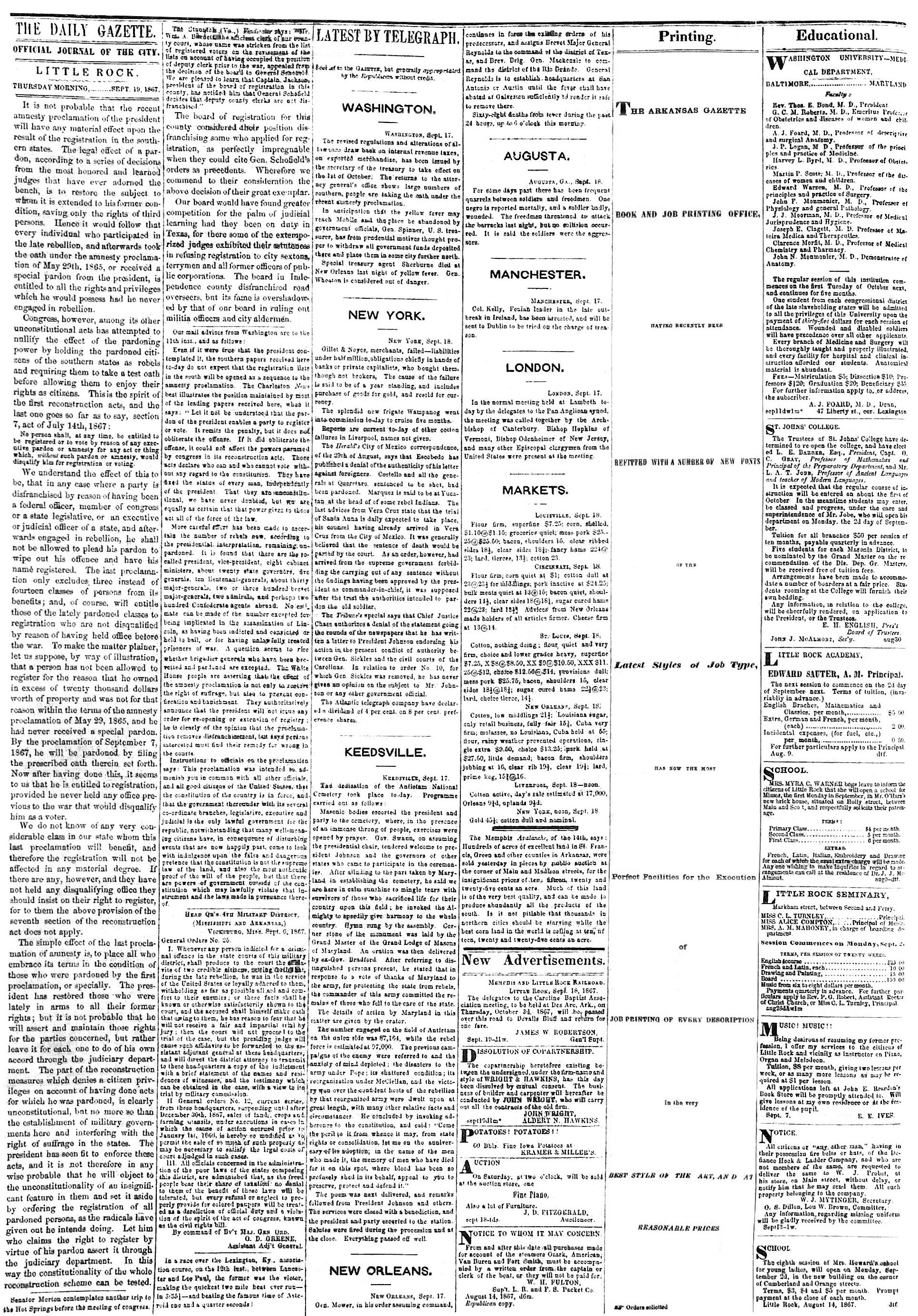