A ceremonial spike was driven into a rail line in Promontory, Utah, on May 10, 1869, celebrating the official linking of the Central Pacific and Union Pacific railroad companies to create the country’s first transcontinental railroad.

In 1869, William E. Woodruff Jr., son of the founder of the Arkansas Gazette, owned the newspaper. The editorial “Origin of the Pacific Railroad — The Gazette’s Claim” on Page 2 of the May 28, 1869, edition of the Daily Arkansas Gazette notes that Asa Whitney was recorded in history as the “originator” and earliest proponent of the idea for a railroad connecting the West and East Coasts. But while “all accounts unite” in crediting Whitney, readers were reminded of the “many articles on the subject of opening overland communication” written by John Elliot Knight of Little Rock dating to December 1846.

The Gazette’s 1869 article states that Knight had published the editorial “The Railroad to the Pacific — The route through our state” in an edition dated July 15, 1847. Excerpts re-published in 1869 include Knight’s thoughts on the concept of “establishing some more easy and direct means of communicating with the Pacific coast,” outlining several of the most talked-about possibilities for a “more profitable route to the shores of the western ocean.”

“We have the files of the paper in our office,” the editor writes. “If any one can show an earlier claim for the origination of the project for a railroad from the Mississippi to a point on the Pacific, in California, the Gazette will abandon its claims.”

Among other accomplishments, Knight would go on to serve as mayor of Little Rock from January 1851 to January 1852. 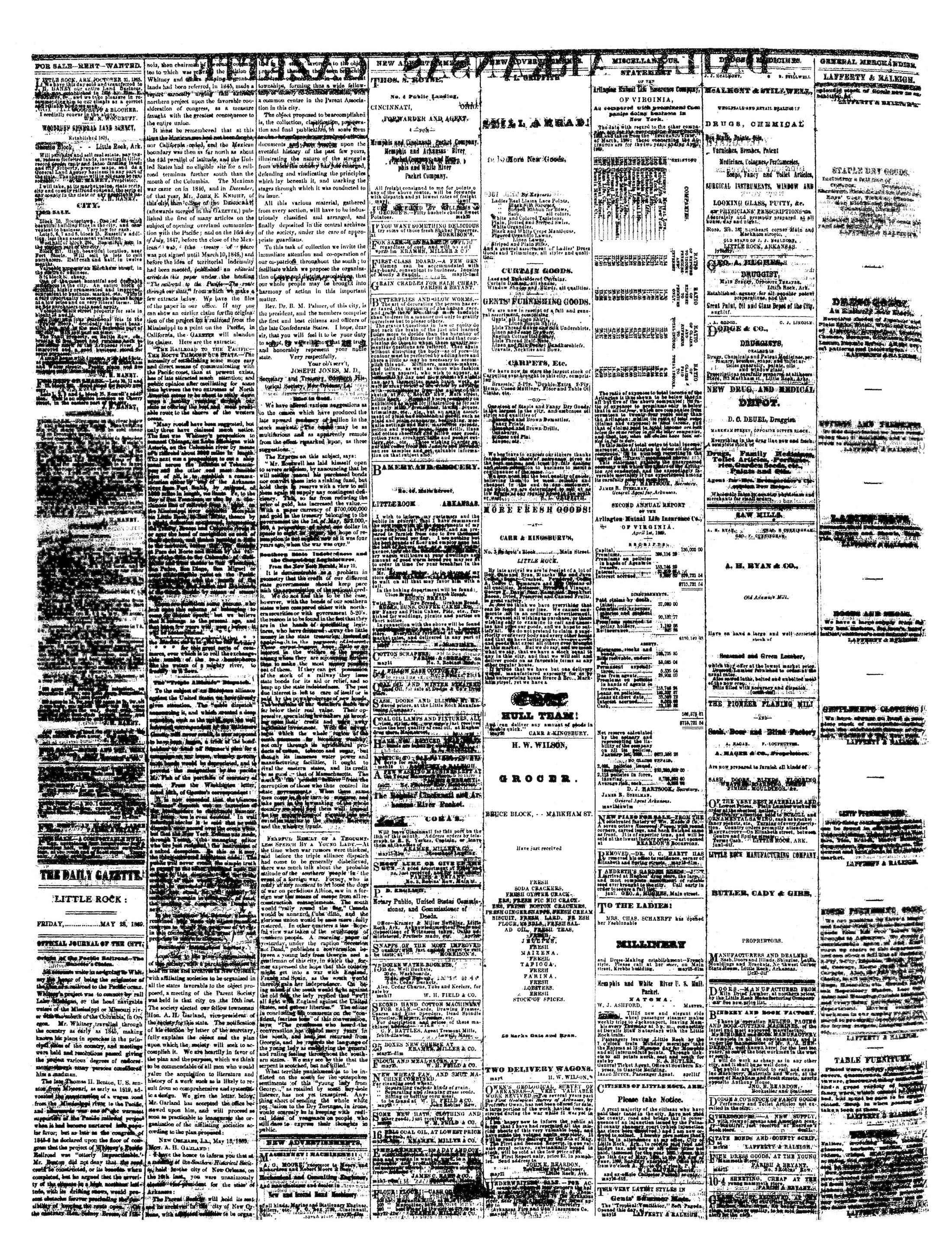