“We cannot refrain from bringing out our rooster this morning,” the Daily Arkansas Gazette proclaimed on Oct. 15, 1874. “There is no use talking, he will crow.”

Arkansans had overwhelmingly approved a new state Constitution and a slate of candidates agreeable to the Gazette. The results marked something of a new dawn in a dark, complicated year. And Reconstruction was effectively over.

The outcome had its roots in the 1872 governor’s election, a much disputed contest that splintered Republicans and led to 1874’s bloody Brooks-Baxter War. Elisha Baxter, the scalawag leader of the so-called Minstrel faction, had bested Brindletail leader and carpetbagger Joseph Brooks. Brooks schemed to oust Baxter with the help of willing officials and perhaps railroad barons dismayed at Baxter’s antipathy toward state funding of their tracks.

The ensuing saga is well documented. On April 15, using a dubious legal ruling, Brooks managed to take the state Capitol. Baxter absquatulated three blocks away to the Anthony House at Markham and Scott, bolstering his quarters with a refurbished Confederate cannon they dubbed “Lady Baxter.” The Gazette was squarely in Baxter’s corner, heaping scorn on “Jo” Brooks and casting much doubt on his ability to hold power.

Both camps drew hundreds of armed backers, with federal troops in between as President Ulysses S. Grant, whatever his true sympathies, tried to keep out of the mess. Bloodshed was inevitable, with the first real shooting breaking out April 21 in front of Baxter’s bastion. Skirmishes followed sporadically for days, while public sentiment slowly turned Baxter’s way.

On May 9, U.S. officials called for state lawmakers to decide who should be governor. Attempts to hold a session failed for two days, but a last clash in the streets of Little Rock on May 12 precipitated action. “The eyes of the whole people of the state are upon the members of the assembly, and all appear to recognize the responsibility resting upon them,” the Gazette stated in its May 14 issue, the same day lawmakers finally gathered.

The next day, the Gazette carried the news that Baxter was affirmed and had recommended a constitutional convention, “admitted by all right thinking persons to be the true solution of our troubles.”

In due time, the new charter was ratified, Democrats took power and that rooster wouldn’t stop crowing. 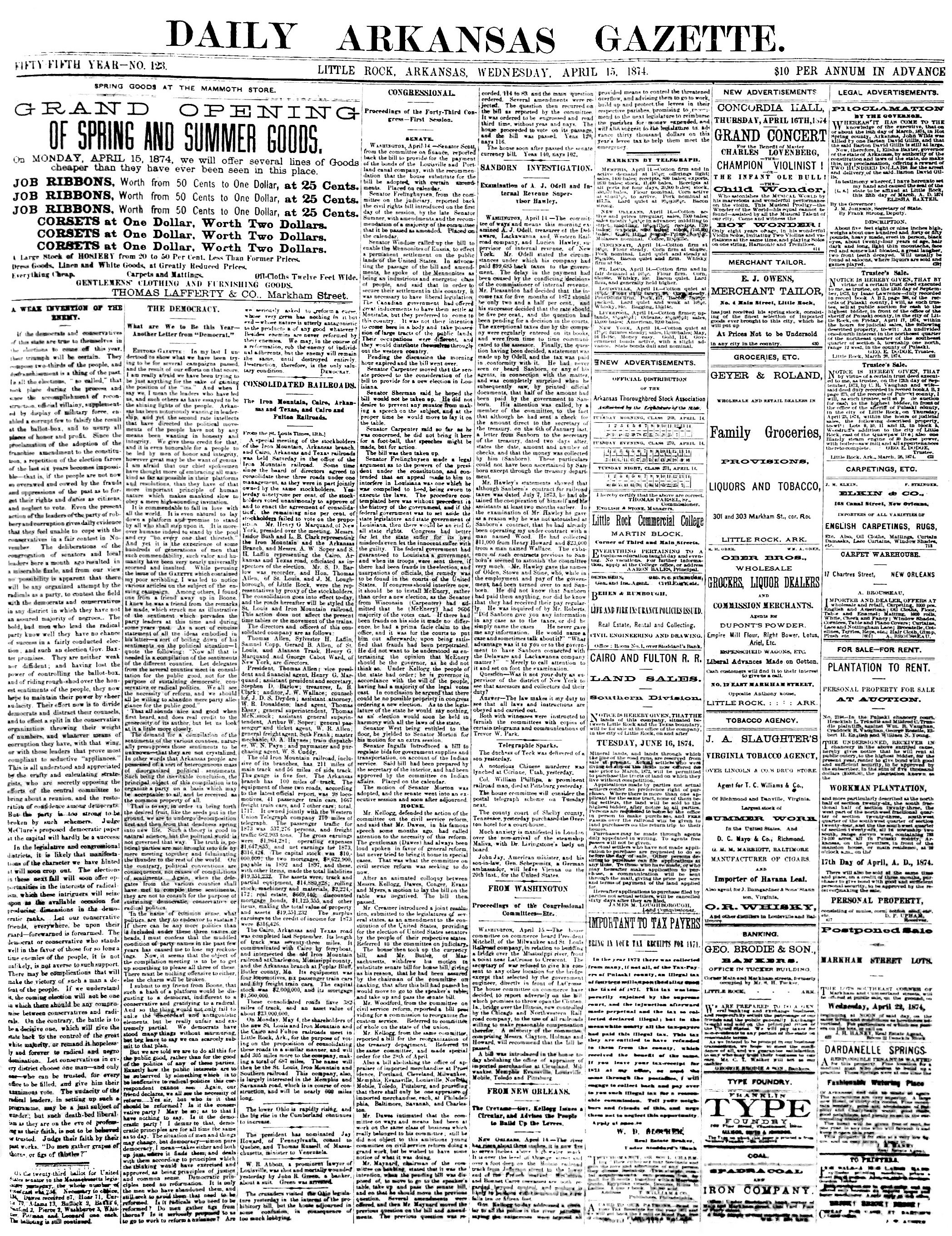