On Page 2 of the July 4, 1876, edition of the Daily Arkansas Gazette, the brilliance of the centennial celebration in Philadelphia is described in a letter from a “Special Correspondent.”

The party lasted from May to November in Fairmount Park and commemorated the 100th anniversary of the signing of the Declaration of Independence. It featured exhibits from many of the states and more than 30 nations. Officially titled the “International Exhibition of Arts, Manufactures, and Products of the Soil and Mine”, the Gazette simply referred to it as the centennial.

The Gazette’s correspondent, whose only identifier is the initial “N.”, writes that he was overwhelmed by the “grandeur and magnitude” of the exposition, confessing that he would have to “recover from the bewilderment of its immensity” before he could adequately describe what he saw.

At the Arkansas building, commissioners G.W. Lawrence and George E. Dodge hosted visitors, giving tours and answering questions about the displays. Guests who signed the register were impressed by the native crystals used for inkstands.

An article from the Boston Evening Journal, republished in the Gazette later in July, lists the wonders of the Arkansas exhibit: the oats, German millet, corn “seventeen feet high,” and waist-deep clover; the native wood, including white holly, bois d’arc also known as Osage orange, black and shaded walnut, and cypress. The author reports that the Arkansas soil is “twenty-one feet deep” [italics his]. The Arkansas cotton, fleecy and white, was patriotically wrapped in red and blue.

The Journal author was impressed by the showing Arkansas made and asserted that “Arkansians… are by no means the barbarians [the eastern skeptic] is pleased to term them.” But, he says, they are prone to pride: “Their almost unrivaled climate and their prodigally rich soil certainly entitle them to boast not a little - and they - well they generally improve the opportunity.”

The centennial fell in an election year. Republican Rutherford B. Hayes and Democrat Samuel J. Tilden were vying for the presidency in what would be a disputed election. But in April, another Gazette correspondent wrote from Philadelphia that, once you were near enough to the city, the exhibition preparations made you forget politics altogether!

In Little Rock the centennial “jollification” included a procession to the arsenal, an address by Gen. J.M. Pomeroy, and a multitude of fireworks on the 4th of July. Some of the counties’ celebratory events were noted in the Gazette as well: Jackson County reported having a “mammoth centennial barbecue,” and Greene, Clay and Craighead counties teamed up to host between 2,000-2,500 people for their own patriotic barbecue. 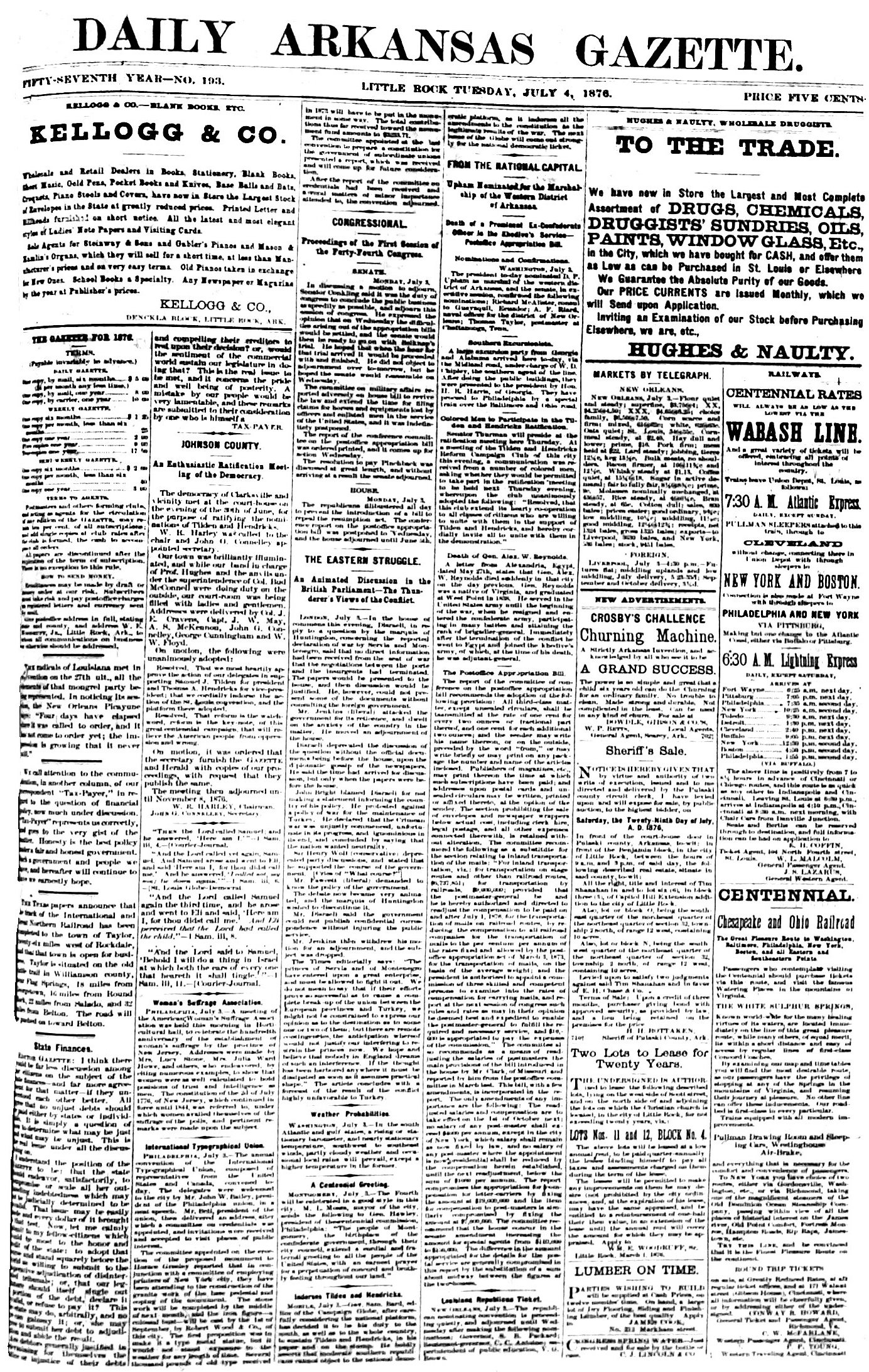 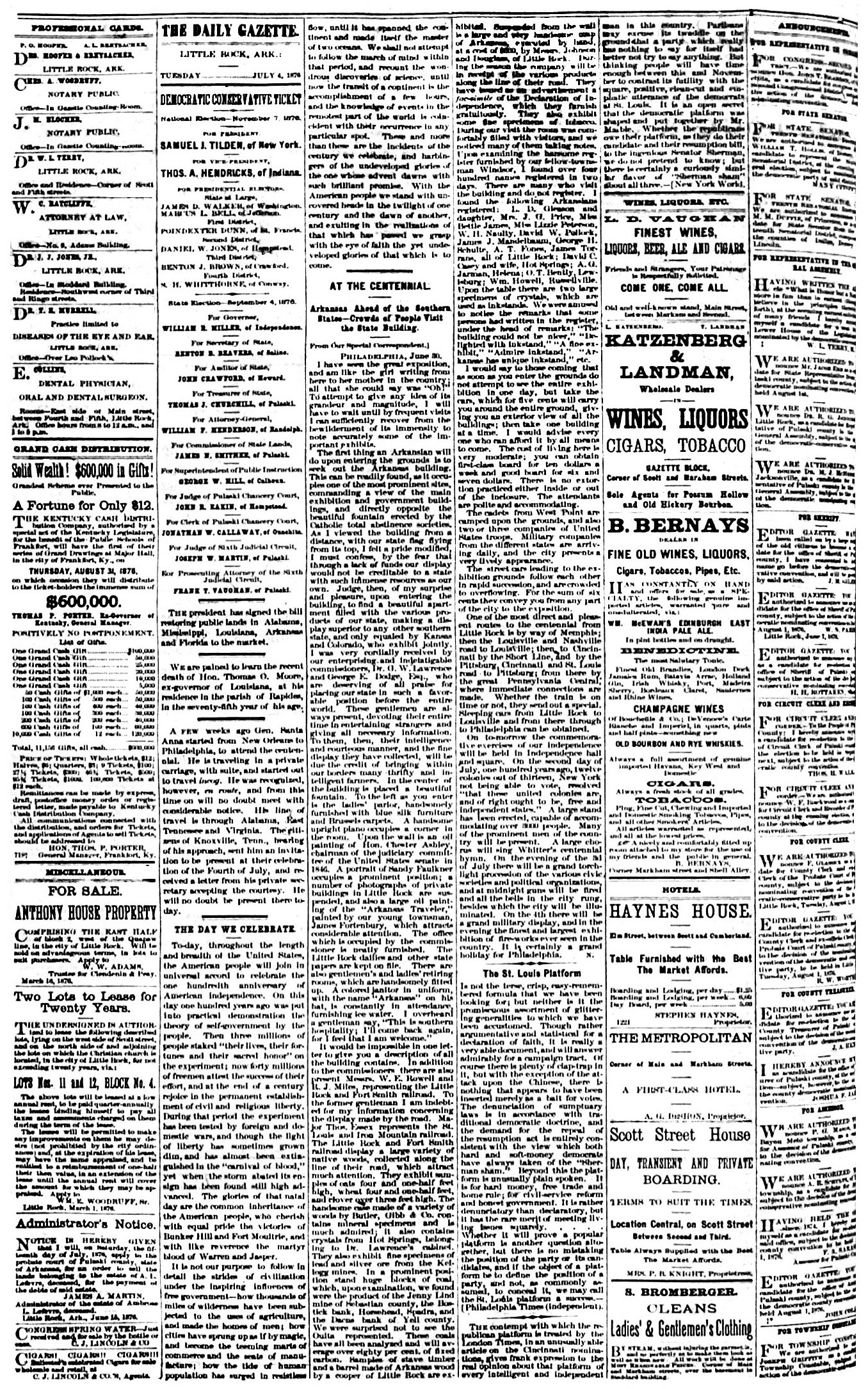