This Page 1 of the May 7, 1878, edition of the Daily Arkansas Gazette describes a shootout, between James Newton (J.N.) Smithee of the Arkansas Democrat and John D. Adams of the Gazette, that would become known as Arkansas’ last duel.

The source of the conflict was an exchange of insults which began less than a month before.

Adams was out of town when the Democrat started printing on April 11, 1878, when comments which were probably written by Gazette editor James Mitchell welcomed the new paper to “enter the lists,” though he also asserted that the Gazette didn’t intend to give up its position “at the top.”

Over the next few weeks, Smithee made it clear that he wanted the state printing contracts and took issue with the Gazette’s stance on the repudiation of the state debt. The Gazette retaliated by claiming that the name Democrat was actually a cover for a resurgence of the Republican Party. Mitchell called Smithee “too light a weight” to challenge the Gazette.

Smithee challenged Mitchell to a duel and Mitchell accepted, but they reached an agreement instead to write separate statements saying that they didn’t intend to impugn the honor of the other. The statements would be printed side by side in each paper. The letters were duly published in the Democrat, but Adams had returned from his travels in time to keep them out of the Gazette, determining instead to add fuel to the fire.

On the front page of the May 2 Gazette, Adams wrote a letter not only accusing Smithee of not being a loyal Democrat, but also of firing a Democrat employee, an orphan, who was accused of a crime that Smithee had committed.

About 10 a.m. on Sunday, May 5, Adams met Smithee and James Cook, Smithee’s brother-in-law, near the corner of Main and Markham streets. Drawing their pistols, Adams and Smithee fired almost simultaneously. Six or seven shots were fired and Smithee was hit twice, but neither wound was life-threatening. Adams’ hat was shot through its brim but he was otherwise uninjured.

Smithee’s 1902 obituary in the Gazette claimed that not long after the duel, Smithee, Adams and Mitchell became friends.

The confrontation signaled prompt change for the Gazette. Adams and co-owner William D. Blocher sold the paper to Ambrose Hundley Sevier Jr. on May 14; then, in the fall, Blocher and Mitchell bought the Democrat, Smithee having given it up due to conflict of interest involving his state land commissioner position. 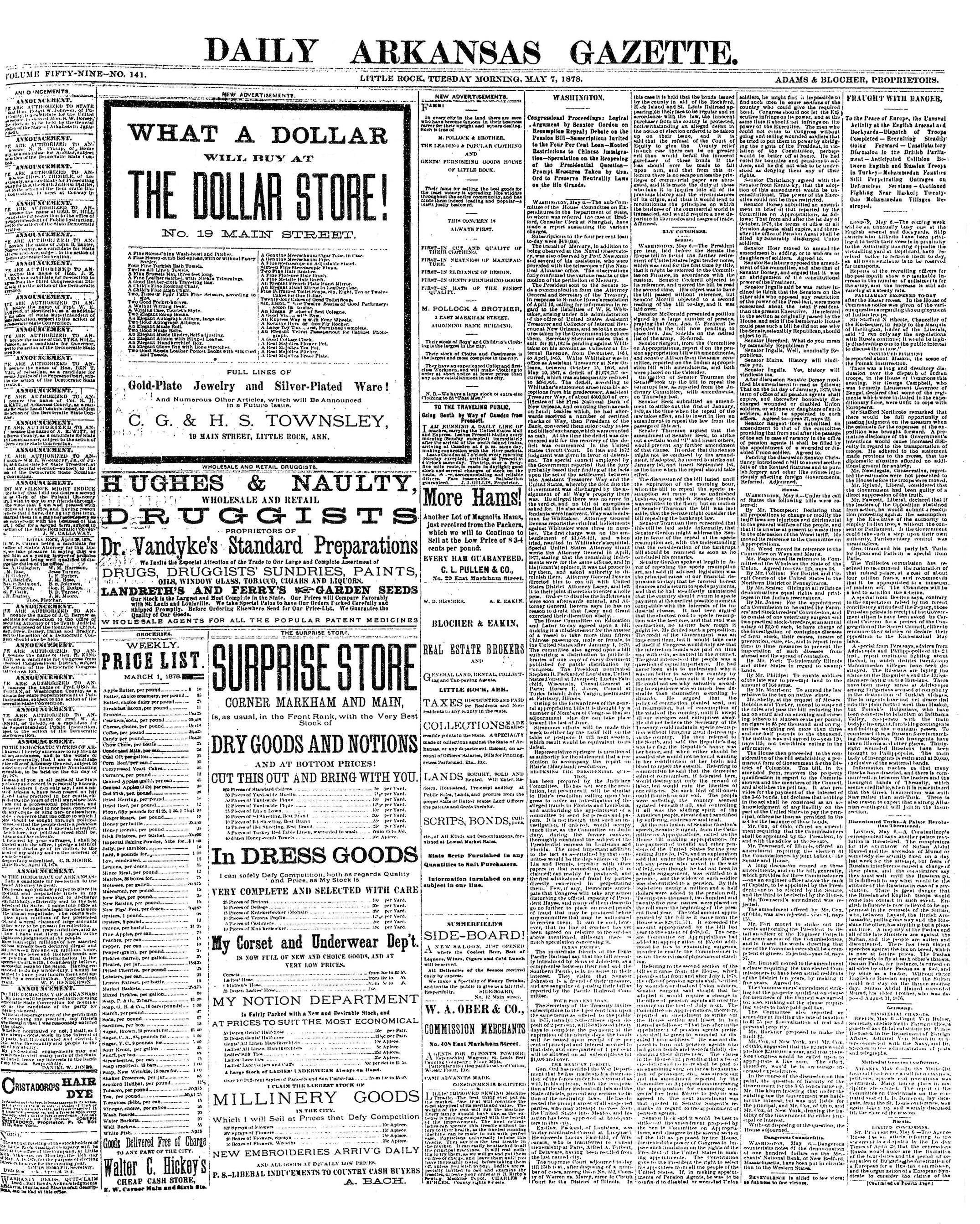 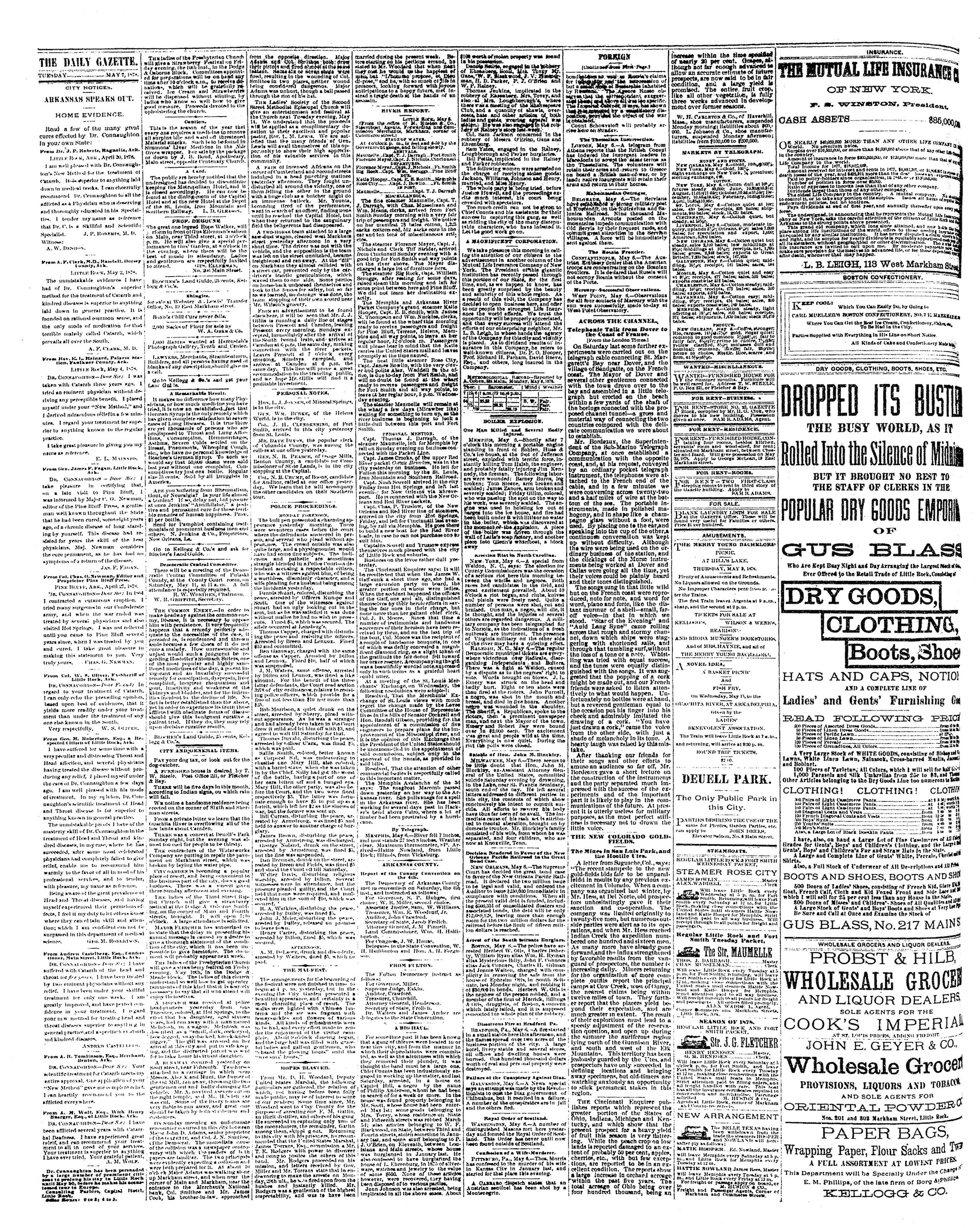