This Page 8 of the Oct. 8, 1879, edition of the Daily Arkansas Gazette describes the speeches from the opening ceremony for the Medical Department of the Arkansas Industrial University in Little Rock, the school that would later be renamed the University of Arkansas for Medical Sciences (UAMS).

At the formal opening on Oct. 7, the speakers were the Superintendent of Public Instruction and Gov. William Read Miller, the state’s first Arkansas-born governor.

There had been talk of beginning a medical school prior to 1879, but the project had been hindered, in part due to differences in educational backgrounds and disagreements among Arkansas physicians who supported one of three schools of thought regarding medical practices — the eclectic, or botanical; the homeopathic; and the allopathic, or regular.

Bringing unity to the medical community in the 1870s was no small feat, but by the summer of 1879, Arkansas Industrial University, now the University of Arkansas, Fayetteville, had passed a resolution to start a medical school in Little Rock under the direction of Philo O. Hooper, who assembled seven other physicians prepared to invest in the new venture.

There had been talk of the department being started under the umbrella of St. John’s College, a Little Rock school founded and run by Freemasons and the first chartered institution of higher education in Arkansas. But the new medical branch was welcomed by the university instead, still having authority to choose its faculty, staff, and curriculum, though that independence also meant it would not receive any of the university’s state-appropriated funding.

The school was incorporated in September 1879 with capital of $5,000, and it opened its doors at 113 West Second Street, in the building that had housed the Sperindio Hotel.

That fall, the new medical department accepted 22 students who received instruction in the classroom and experienced medicine firsthand by working in the dispensary in the Fones Hardware Store next door. The Medical Department’s first diploma was awarded to Tom M. Pinson on March 2, 1880. 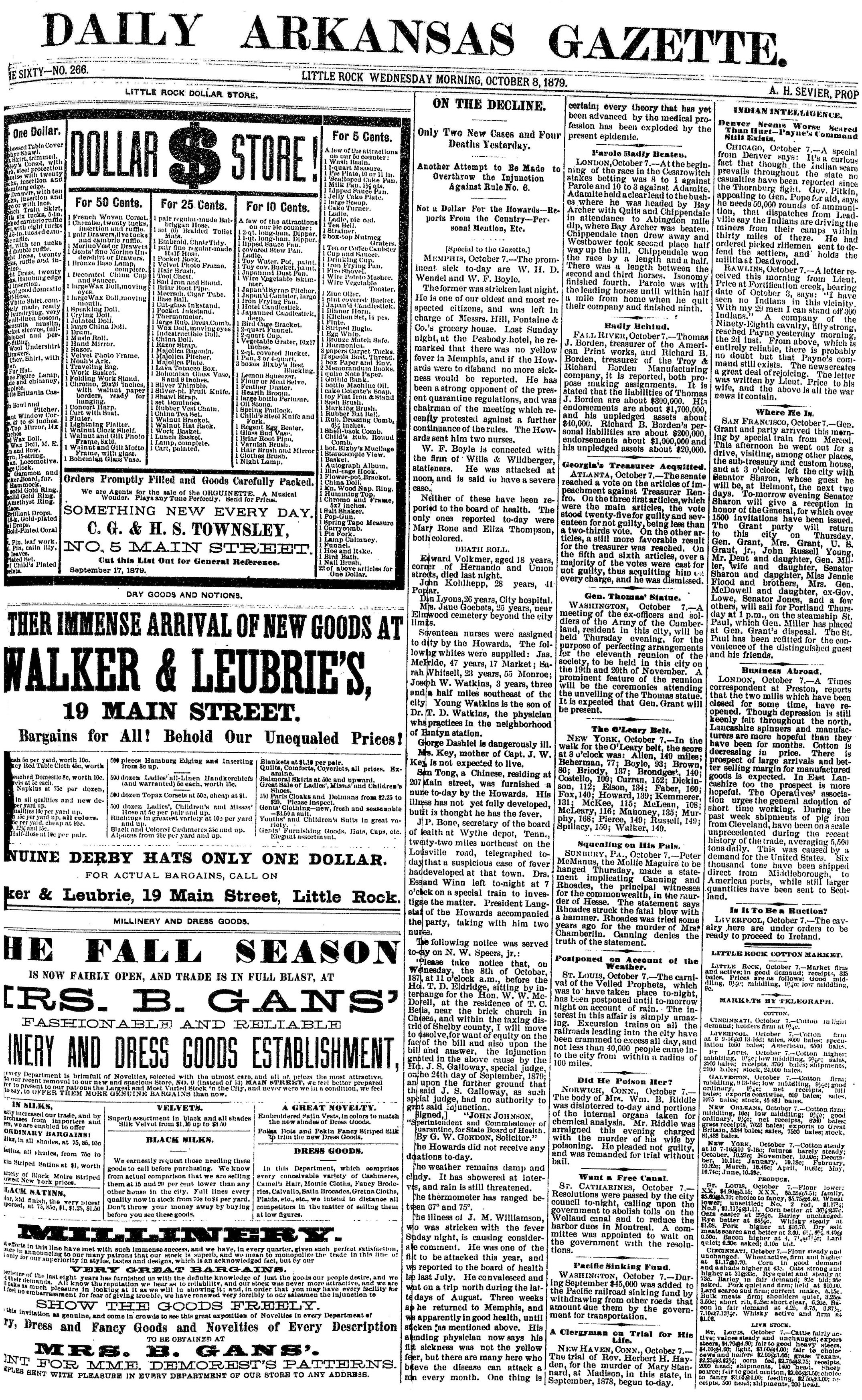 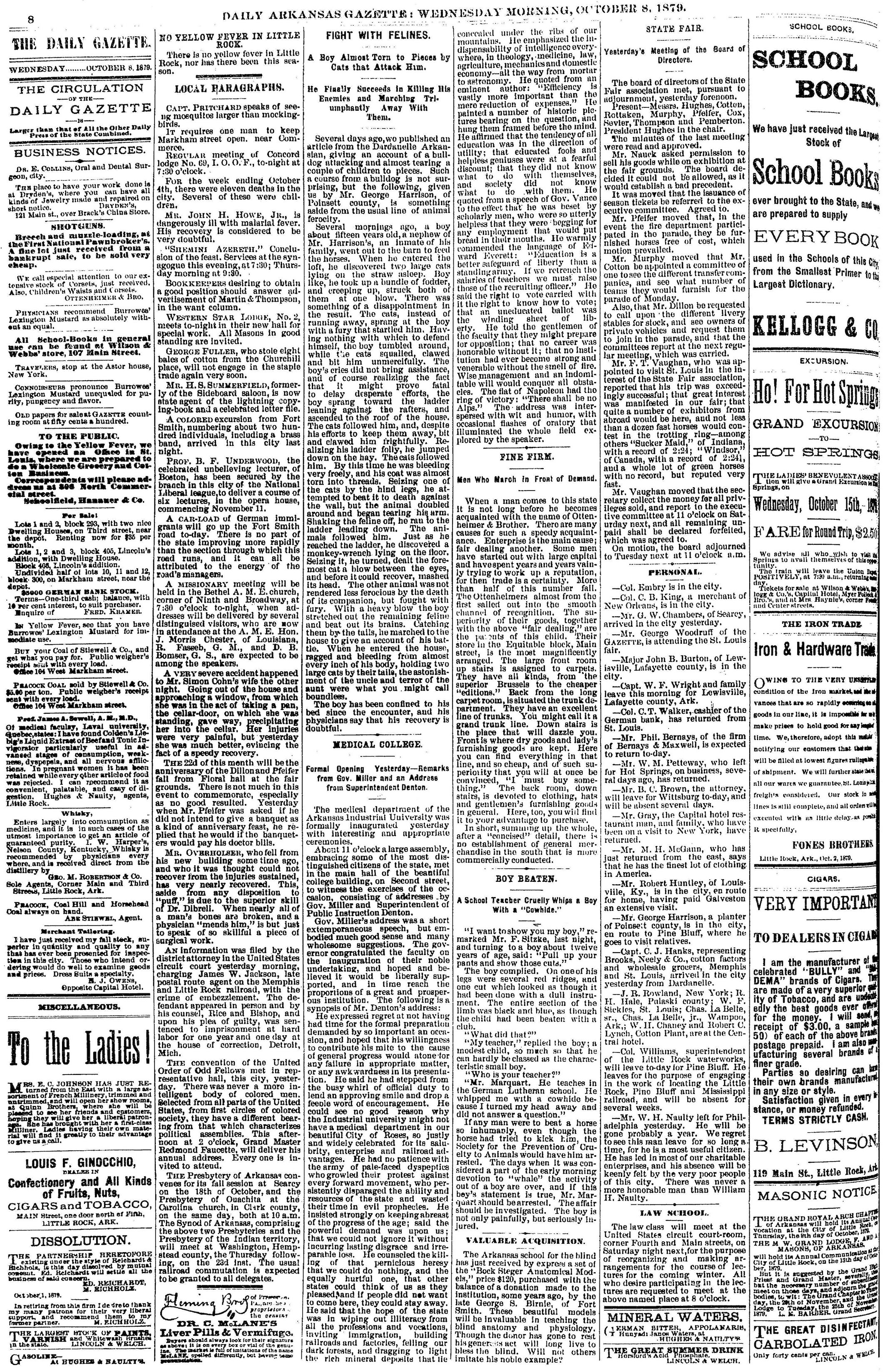