In May 1878, the Gazette Printing Co. — John D. Adams and William D. Blocher — had sold the Daily Arkansas Gazette to Ambrose Hundley Sevier Jr., whose father had been a U.S. senator and a powerful Democratic leader in the state.

Sevier assumed the role of publisher, with R.H. Johnson and T.C. Peek sharing the editorial responsibilities, from May 1878 to April 1880.

On this Page 4 of the April 14, 1880, edition, in between announcements of candidacies for the coming elections and political commentary, Sevier notified his readers of the sale of the paper.

His “young friend” Dean Adams would take over the proprietorship due to Sevier’s failing health, his physician having told him that taking a rest of at least a year was “absolutely necessary to the prolongation of [his] life.”

Sevier was confident Adams could fill his shoes and reassured readers that the new publisher was of the same political stripe: “Being a democrat, reared in the same school that I have been, the political character of the paper will not be changed.”

Adams’ letter to the Gazette’s readership followed Sevier’s and affirmed his commitment to the paper’s being an organ of the Democratic Party as long as he was its owner, citing the continued efforts of Johnson and Peek as editors as a “sufficient guarantee that its political course” would remain the same. Adams intended to shepherd the Gazette to “grow with the growth and strengthen with the strength of our thriving city and state, until it becomes truly metropolitan in every respect.”

Peek left the Gazette before the end of the year, but Sevier and Johnson continued as publisher and editor, respectively, until 1882, when J.N. Smithee, former owner of the Arkansas Democrat, became a leading partner and the Gazette Printing Co. incorporated. 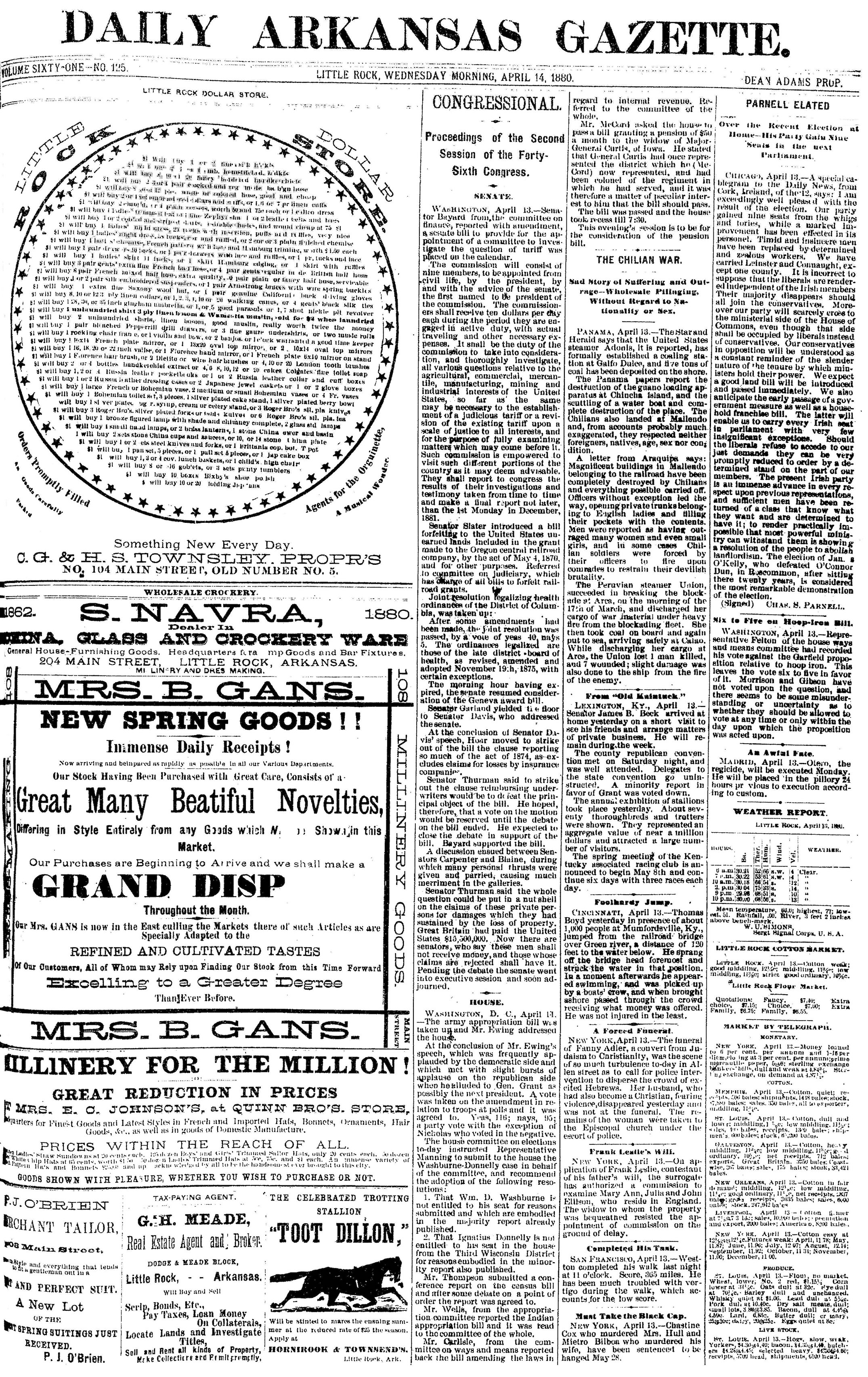 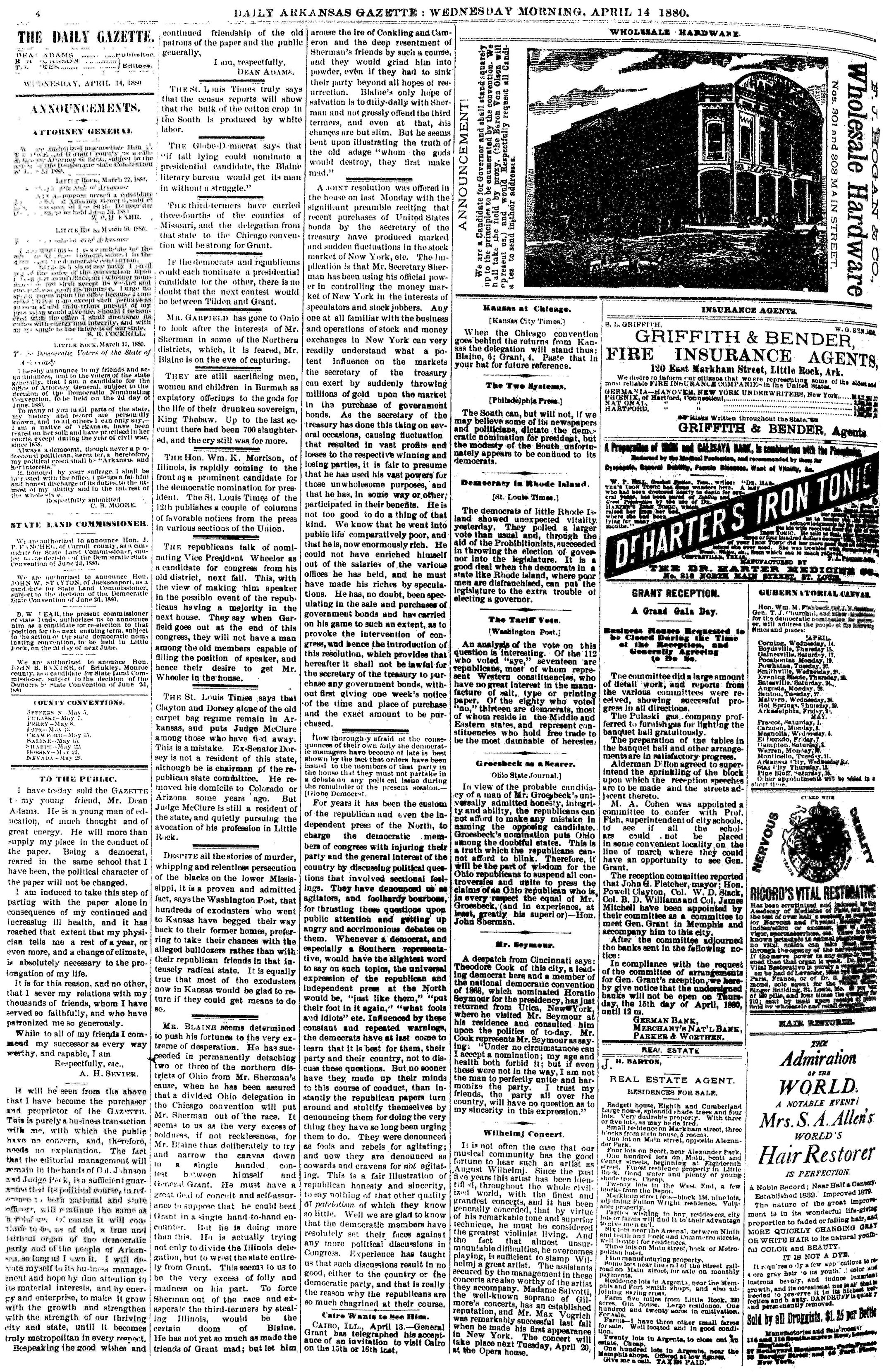