On July 2, 1881, President James A. Garfield, who was leaving for a vacation after his first four months in office, was shot twice from behind as he made his way through a rail depot in Washington.

Charles Guiteau, the assassin, saw his opportunity as the president walked arm in arm through the Baltimore and Potomac depot with Secretary of State James G. Blaine. Guiteau’s first shot grazed Garfield’s arm, but the second lodged in his lower back.

Page 1 of this July 3, 1881, edition of The Daily Arkansas Gazette shows the succession of reports received concerning the president’s health, some of them contradictory or redundant. It was uncertain at first whether the president was alive or dead, and if he was alive whether the wound was likely fatal.

Guiteau had written an ineffectual speech supporting Garfield during his campaign and had been refused the Paris consulship he demanded as a reward. In a letter found on his person the day of the attack, he wrote that the president’s death was “a sad necessity” that would unite the Republican Party and “save the republic” by allowing Vice President Chester A. Arthur to become president.

Guiteau claimed to be a lawyer, a theologian, a politician and “a stalwart of the stalwarts.” Stalwarts were traditional or regular Republicans that had opposed President Rutherford B. Hayes’ civil-service reforms, were staunchly against attempts to reconcile with the South, and wanted Ulysses S. Grant elected to a third presidential term. Arthur was a Stalwart, as was Blaine, who was considered the faction’s leader.

Members of the opposing group, a moderately liberal Republican faction to which Garfield belonged, were referred to as Half-Breeds because the Stalwarts said they were only half Republican.

Those who knew Guiteau suspected that he was insane. He was caught at the depot and was hanged for his crime a year later.

Multiple doctors attended Garfield, but they likely made the situation worse by examining his wounds with unsterilized hands and instruments. Alexander Graham Bell was asked to locate the bullet in the president’s back using his “induction balance,” a precursor to the metal detector, but it malfunctioned due to the metal springs on the president’s bed. The bullet was not removed.

Garfield seemed to rally in the first few days after the attack, but he worsened in the coming months and died Sept. 19, having been president 200 days.

On Sept. 20, Arthur was sworn in as the 21st president of the United States. 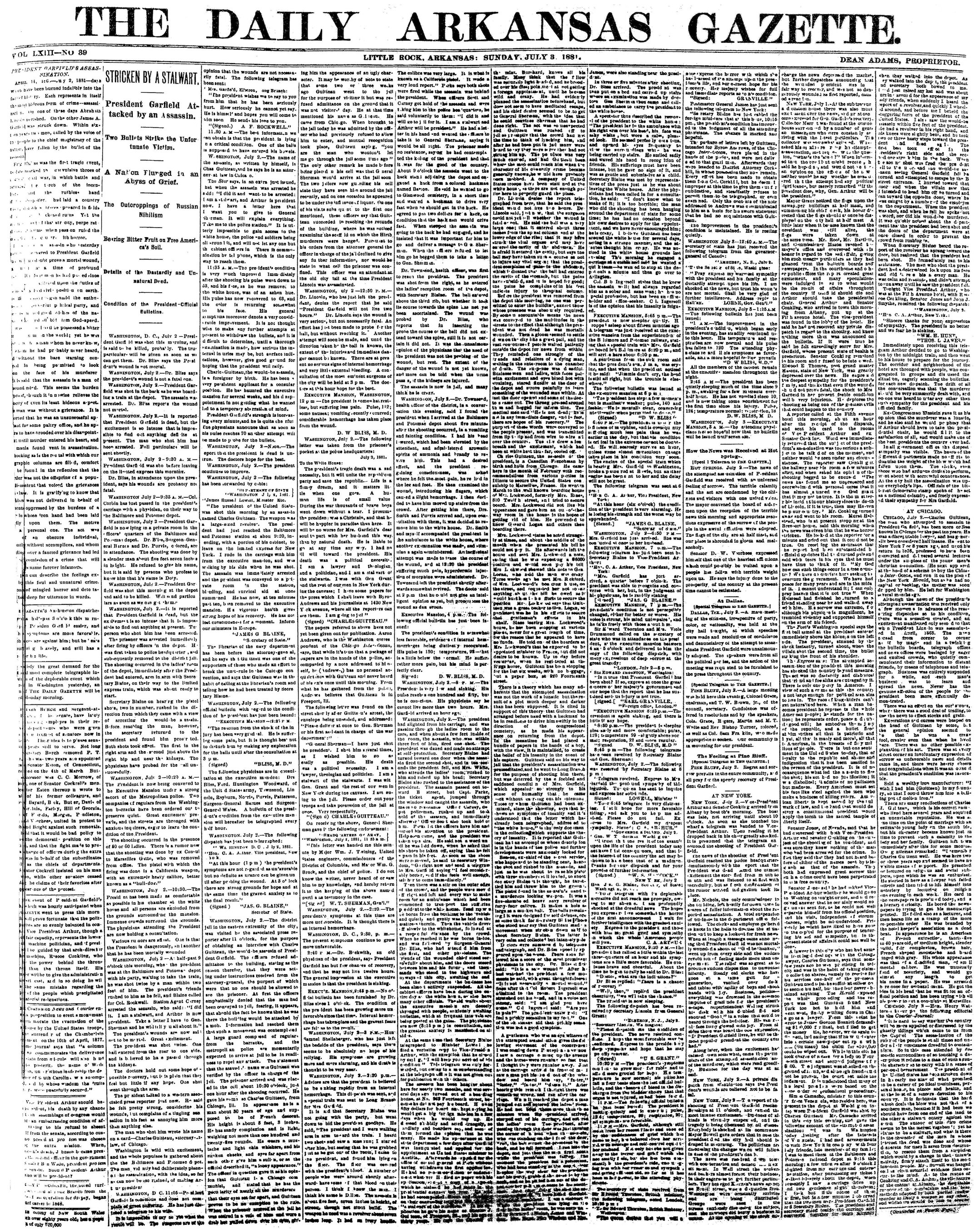