There were a lot of “bright spots” during the year 1882, the Year of the Comet. The Daily Arkansas Gazette(period) shuffled editors, changed owners and officially incorporated.

In May, publisher Dean Adams sold the paper to Col. James Newton Smithee — the very man who had founded the Arkansas Democrat in April 1878 and fought a duel in the street with then-Gazette editor John D. Adams. Smithee brought on board Maj. Charles Gordon Newman, a “feisty military veteran and actor” who is also credited with founding the Pine Bluff Commercial.

Page 1 of the Sept. 20 Gazette shows a continued ability to report international news in a timely fashion, thanks to the telegraph.

A “Great Comet,” first observed over the Cape of Good Hope in early September, had been seen from the Naval Observatory in Washington. It was visible to the naked eye during the day. Precision and attention to detail are evident in the article, but to the left on the page, a Letter to the Editor complains about inaccuracy in a report of official vote totals.

The czar had left St. Petersburg for his coronation in Moscow, after the assassination of his father, Czar Alexander II, the year before. Readers learned that “absolute secrecy is maintained in regard to the actual date of coronation.” That date ended up being May 27, 1883.

Italy recorded 33 deaths from cholera; the surrender of the Egyptian infantry to Great Britain was well underway; and the archbishop of York issued an invitation for clergy in England to celebrate a day of thanksgiving because Sir Henry Booth’s vessel, driven ashore by ice, had floated safely to the south.

The front page also held ads for cutlery, musical organs, wholesale grocers, liquor dealers and Dr. West’s guaranteed cure for Nervous Debility. His “Nerve and Brain Treatment” could be used for “Hysteria, Dizziness, Convulsions, Nervous Headache, Menial Depression, Loss of Memory, Spermatozoa, Impotency … Premature Old Age caused by over-exertion … or over indulgence, which leads to misery, decay and death.” Truth in advertising was not yet required by federal law. 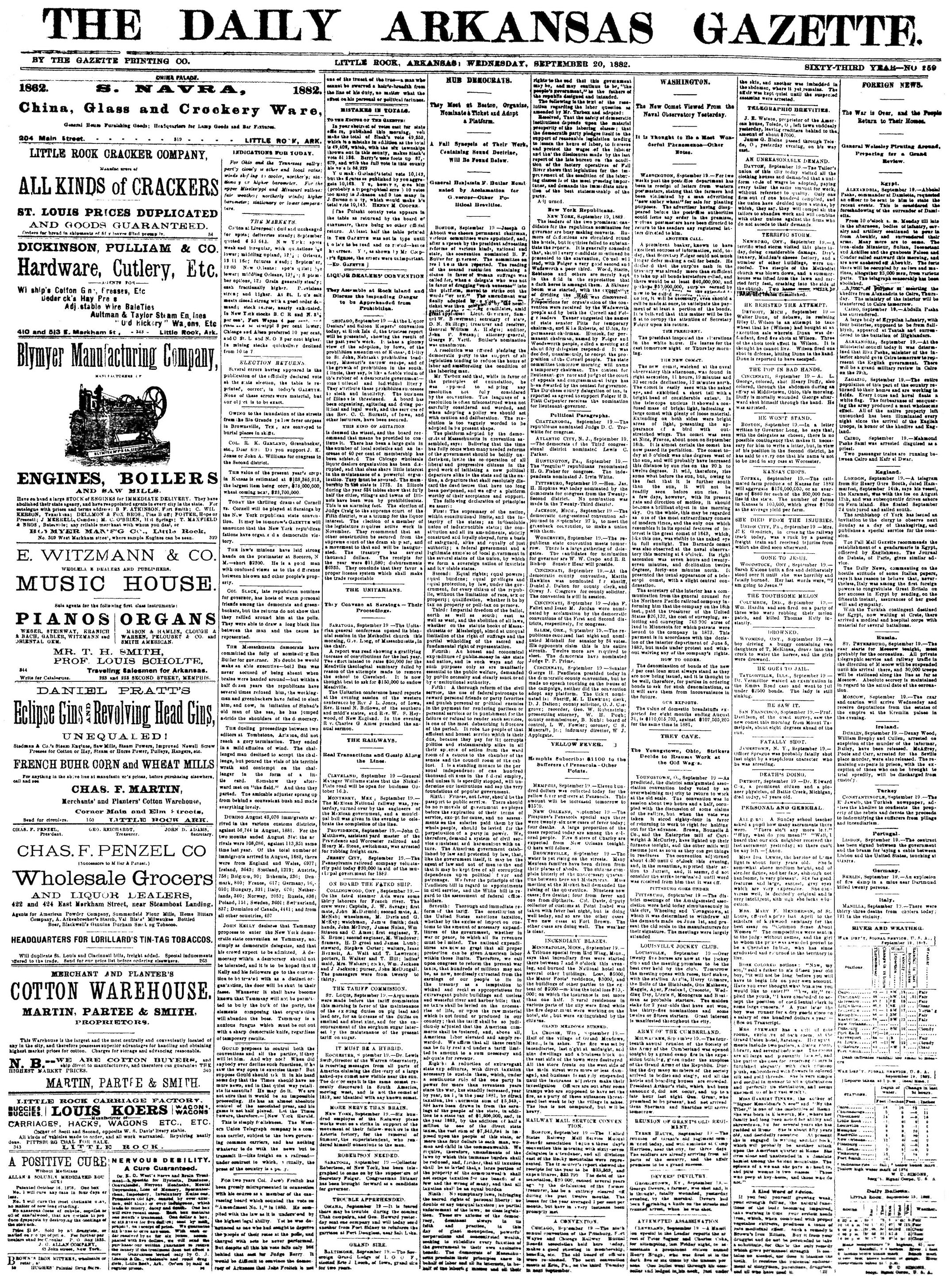