Page 4 of the Feb. 24, 1883, Daily Arkansas Gazette(period) presents the powerfully bureaucratic words of the 24th Act of the 24th General Assembly of the state of Arkansas by which was created Cleburne County, the last of the current 75 counties.

It had been a decade since the assembly engaged in county-making, which during Reconstruction was a money-making scheme for tax collectors and a source of spoils — public jobs to which faithful supporters might be appointed. But in the case of Cleburne County, according to the Central Arkansas Library System Encyclopedia of Arkansas, residents asked for a local government so they could stop trekking six hours over rugged terrain to the seats of surrounding counties.

In other news on Page 4, the entity remembered as the original Arkansas Boathouse Club of Little Rock, the Athletic Association, marked its first year of rowing on the Arkansas River by replacing its officers, per its bylaws.

Under Amusements, Kit, The Arkansas Traveler had been performed at Grand Opera House by a star from Broadway, Frank S. Chanfrau. Although the reviewer described the musical dialogue as a “comedy” and a “blood curdling drama,” it is clear he approved the performance and did not fret over its depiction of a shiftless hillbilly population. Others would, as early as 1896 when W.H. Edmunds’ pamphlet “The Truth About Arkansas” blamed the Traveler for giving the state an economically damaging black eye.

Also of interest on Page 4 is an obituary for “the Late S.F. Field,” who from the onset of his short illness expressed doubts as to his recovery, and who — unafraid to die — was only anxious to recover that he might live a better life and be an example to others. All the instructions of his sainted mother returned to him in that hour of trial, and while listening to his wife read the Bible he had declared the world sweeter than it had seemed to him before. Kind and devoted husband and father, true Christian — “what more could be said?”

Not visible on this page is a scurrilous bit of gossip about President Chester A. Arthur that readers would have noticed on Page 1. To read that tidbit, see arkansasonline.com/200/1934bonus. 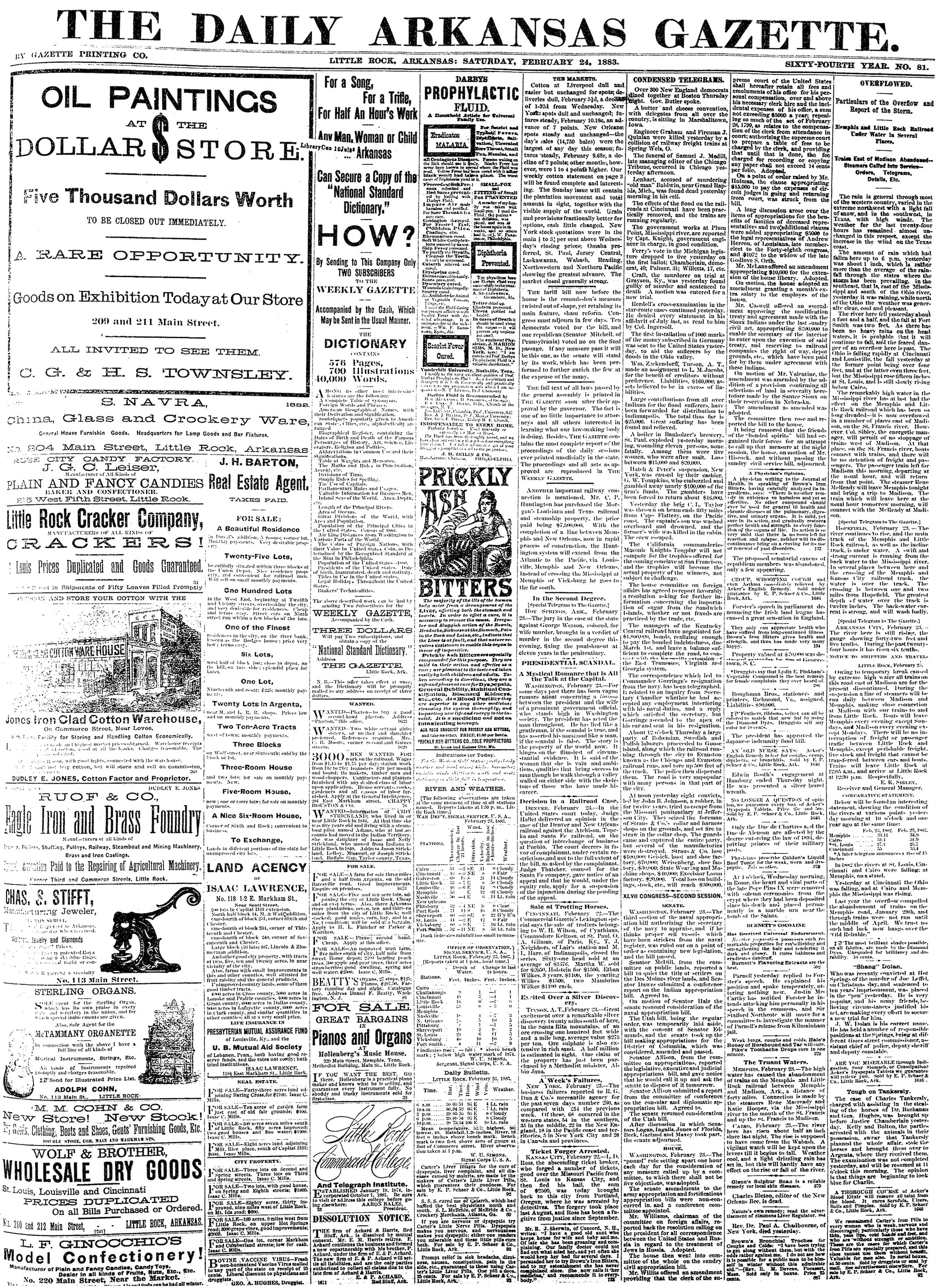 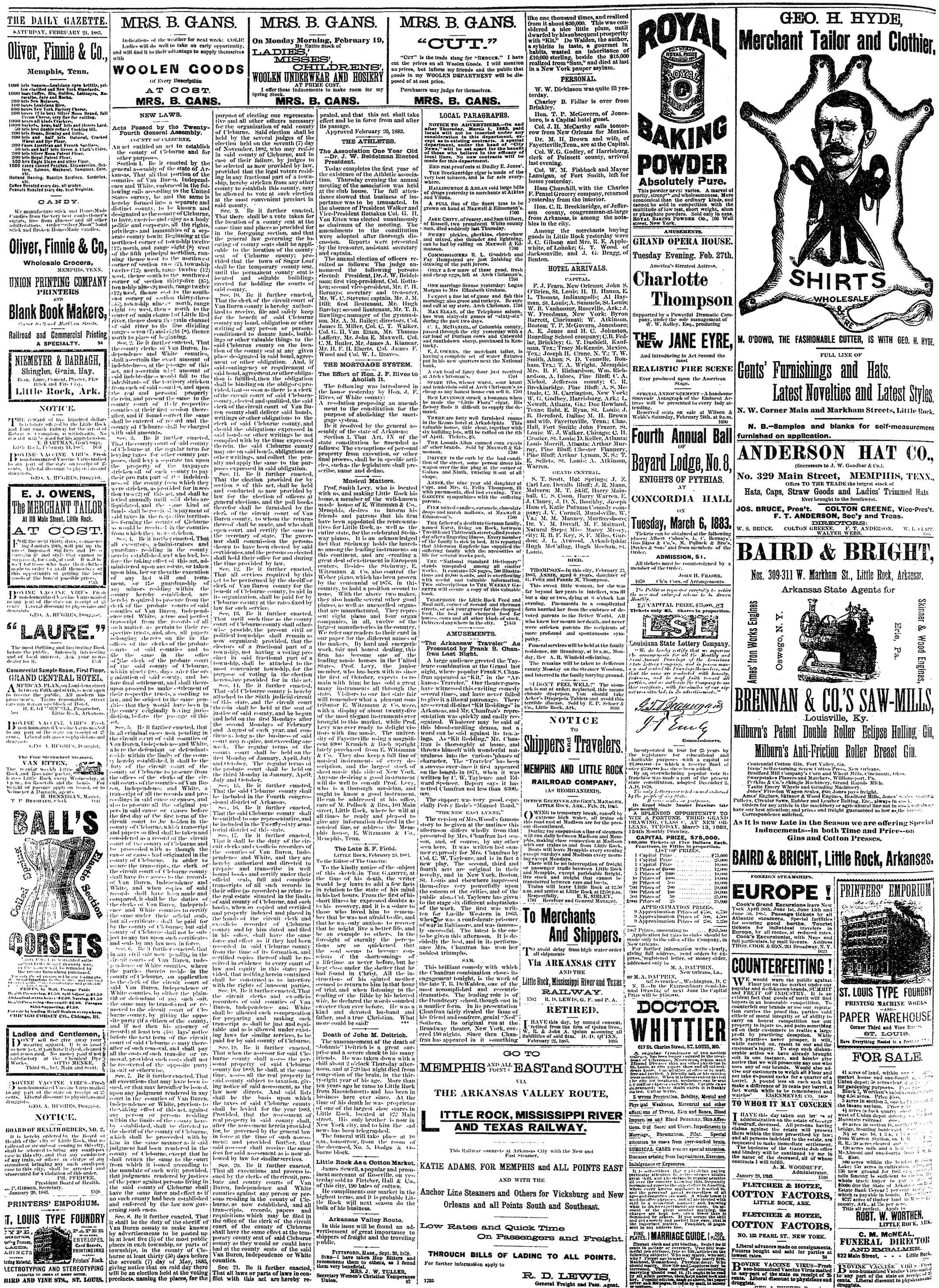