On June 20, 1885, the Gazette was once again adorned with black gutters of grief. The paper’s founder, William E. Woodruff Sr., had died after dwindling health that led to seclusion over a period of years.

This Daily Arkansas Gazette’s favorable obituary paints a picture of the man’s storied life, saying, “His history is a part of the history of Arkansas, and his name will live as long as her history shall be written and read and remembered.”

Woodruff was born on Christmas Eve, 1795, in Long Island, N.Y. After his father’s untimely death, Woodruff, when he was about 13 years old, became an apprentice printer in New York, and defended the city as part of a volunteer battery in the War of 1812. He met the Harper brothers, founders of what is now HarperCollins Publishers, while living in New York.

He decided to make his way west and “grow up with the country.” He was drawn to Arkansas, after a few stops, by the organization of the territorial government and the establishment of Arkansas Post as its capital. He sought to start the first paper in the new territory. The act creating Arkansas Territory went into effect on July 4, 1819. The Arkansas Gazette put out its first issue Nov. 20, 1819, with no subscribers.

Woodruff, an avowed Democrat, used the paper to promote his friends and market his own side businesses, becoming a wealthy landowner in the fledgling state. According to the obituary, his political influence cannot be overstated. He tried to sell the paper a few times, but regained it when buyers quit or died. His sale to Benjamin Borden, a Whig, in 1843 “took,” for a while. Frustrated that he had to buy space to promote his causes, Woodruff opened a competing paper he called the Arkansas Democrat in 1846.

He bought the Gazette once again in January 1850 and consolidated the two papers, calling his Democratic newspaper the Arkansas State Gazette and Democrat.

In 1853, at age 58, Woodruff sold the journal to Christopher Columbus Danley and retired from newspapers — but not from his other businesses. Thirteen years and a Civil War later, Woodruff’s son and namesake William E. Woodruff Jr. bought the paper and ran it; later it underwent a series of ownership changes and incorporated.

The elder Woodruff lived out his remaining years plagued by “infirmities from engaging the active concerns of life” and stayed indoors more and more. When he succumbed to those infirmities he was 89 years old.

CORRECTION: William E. Woodruff Sr. was 89 years old when he died in 1885. An earlier version of this story gave the wrong age. 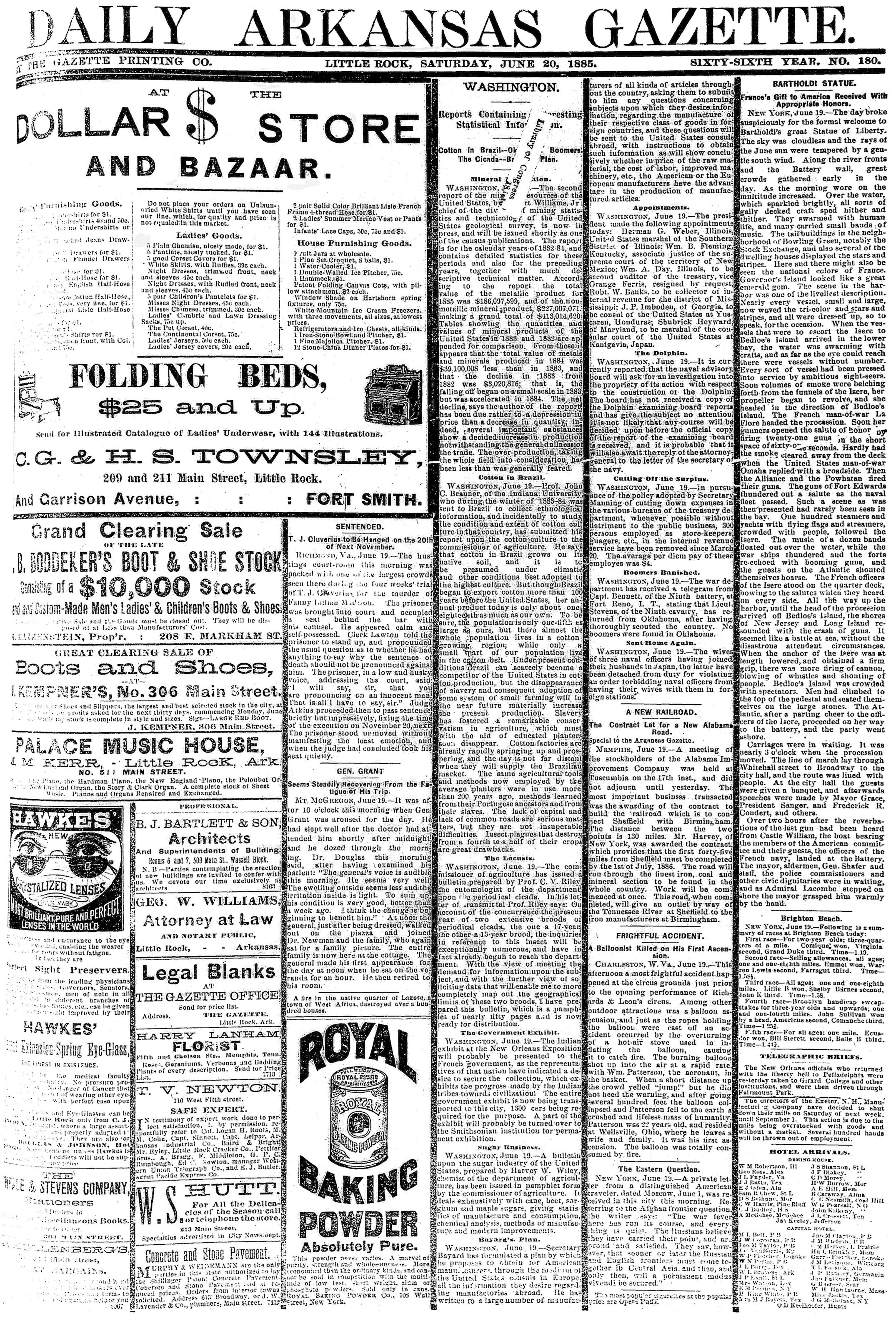 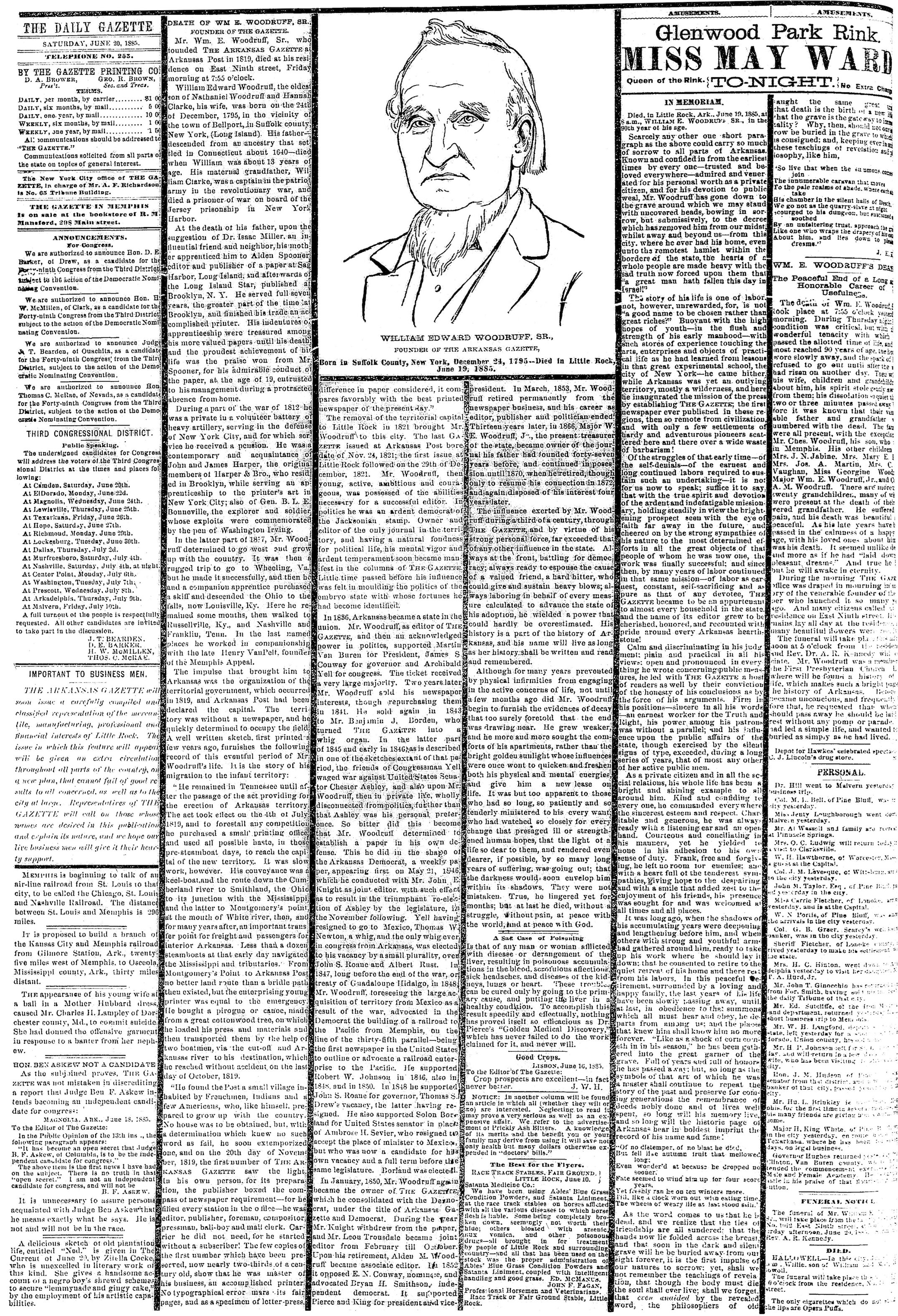