On this Page 1 of the June 21, 1887, edition of the Daily Arkansas Gazette, the Gazette Printing Co., under the direction of editor D.A. Brower, published a report from London detailing the Golden Jubilee of Queen Victoria.

Victoria was born in May 1819, the same year the Gazette was founded. She became queen June 20, 1837, when her uncle, King William IV, died. Her coronation took place the following June and she was married to Prince Albert of Saxe-Coburg and Gotha in February 1840.

Her Golden Jubilee took place on June 20 and 21 and marked the 50th year of her reign. At this time, Victoria’s realm included Great Britain, Ireland, and, as of 1877 she had been proclaimed the Empress of India as well. India was under the control of the monarch prior to this date, but the official title was meant to provide a stronger bond between the two countries.

On June 20 the queen left Frogmore House and traveled from Windsor to Paddington station in London, on her way to Buckingham Palace to host 50 foreign kings and princes as well as leaders from “Britain’s overseas colonies and dominions” for a celebratory dinner. As she made her way to the palace, the crowds “thronged the route and displayed great enthusiasm. Her majesty appeared delighted at the loyalty displayed and bowed and smiled pleasantly at them.” The number of people in the city surpassed anything anyone of that generation could remember, some of the sightseers hindering traffic.

The Gazette report, under the headline “Vic’s Jubilee,” included details of the planned procession through London to Westminster Abbey for an official service on June 21st. Ten miles of terraced seating had been set up along the route, to allow better visibility of the queen. Victoria refused to wear a crown during the procession, choosing instead to wear a bonnet.

The Gazette article also gave a brief history of the political leaders who had come and gone during Victoria’s reign, and gave the names and birth dates of all nine of the children she had with Albert, who had died in 1861. A well-loved and well-respected leader, the article’s author asserts that, amid her other accomplishments, “[h]er majesty is the pattern of a woman in all relations of life.”

Queen Victoria reigned until she died Jan. 22, 1901, and was the longest reigning monarch in British history, until Great Britain’s current Queen Elizabeth II surpassed her on Sept. 9, 2015. 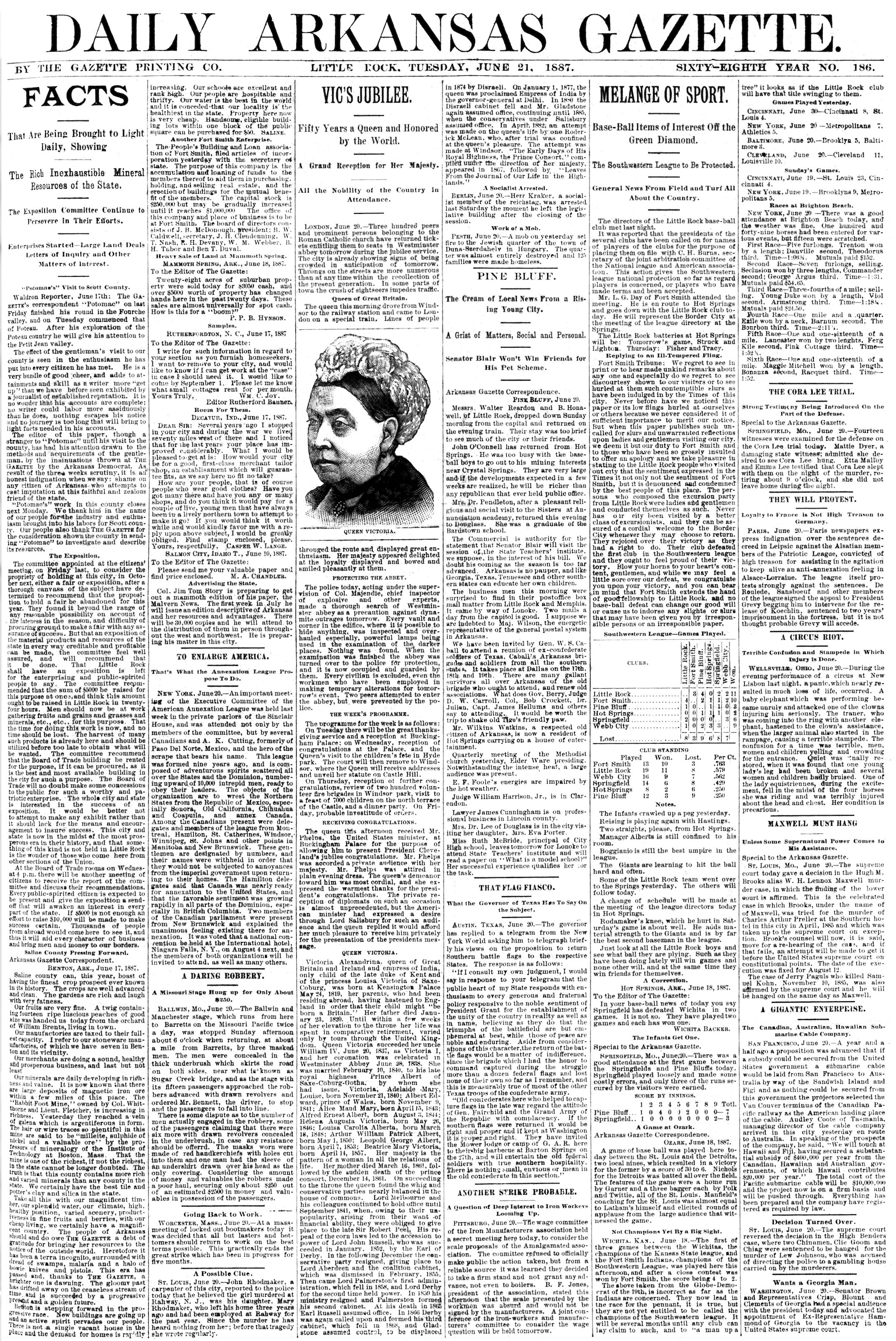