Gustav Eiffel’s little tower was one of the star attractions of the Exposition Universelle of 1889, which opened May 6 in Paris. Arkansas readers learned about it in the May 7 edition of The Arkansas Gazette, which had dropped “Daily” from its name and replaced it with “The” in February.

The Associated Press dispatch from the fair takes up over three columns on the front page before continuing on Page 2.

Speeches from French President Marie Francois Sadi Carnot and others were “characterized by tact and taste” and marred only by a “blank cartridge, discharged by a maudlin sensationalist who today was ascertained to be a harmless imbecile deserving only sympathy … .”

The fair was a chance for the host nation to show off its ingenuity and modernism 100 years after the storming of the Bastille kicked off the French Revolution. More than 30 countries, including the United States, were represented at the exposition.

But it sounds like there was still a bit of work to be done on the American exhibit.

“The American representation is the farthest behind. There is not for instance, at this writing, a vestige of the great national educational exhibit to be seen, nor are the consignments sent from the individual states, nearly all of which are represented, out of the packing boxes.”

It is noted that the number of registered visitors — and all visitors had to register — was over 200,000. The fair, which closed Oct. 31, 1889, eventually attracted more than 32 million people.

Special buildings were constructed to house the Exposition, but the most endearing symbol remains that familiar spire.

“The Eiffel tower has been smiled at as the great folly of the exposition,” reads the dispatch from Paris, “but the giant manikin of iron threads possesses a value apart from its ostentatiousness.”

Elevators took 25,000 visitors a day two-thirds of the way to the top of the 1000-foot-plus tower for a fee, though stairways were available for “those who prefer the older mode of ascension.”

From the highest balcony “there is visible a beautiful panorama of seventy miles of hills, rivers, lakes, towns and hamlets which no painter can place on canvas, no poet transcribe in verse.” 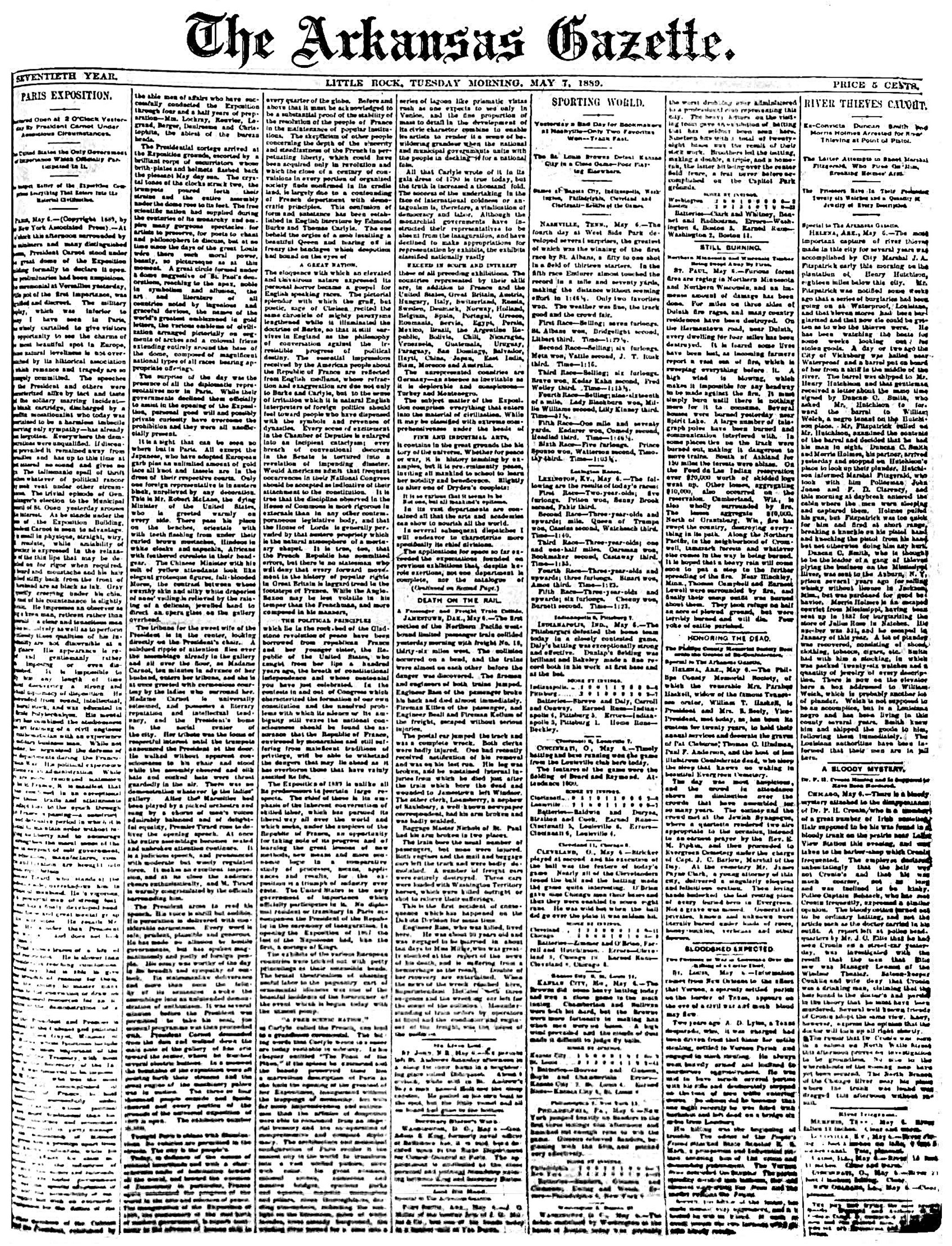