“Arkadelphia is still booming with a large sized ‘B,’” the Sept. 18, 1890, edition of The Arkansas Gazette declares, in a section titled “Arkadelphia News.” The newspaper goes on to detail the opening of Arkadelphia Methodist College (now known as Henderson State University), the growth of Ouachita Baptist College over the previous year and a “steamboat excursion” to Camden.

Arkadelphia Methodist College had opened in previous weeks, with its building still unfinished. The college was housed in the new public school building pending its own building’s completion. The Gazette reports that “carpenters, brick masons and plasterers” were hastening to finish the structure. The four-year liberal arts school had 110 students in its first year of operation.

Professor James Mitchell of Little Rock gave Ouachita Baptist’s opening address for the year. The Gazette isn’t specific about the college’s numerical increase in students, but in its first session four years earlier, the school had 235 attendees. 1890 is also the first year the school’s newspaper, now called The Signal, was published.

The colleges “are doing much for this little city, and the citizens here made no mistake appropriating liberally of their means to have them established here,” the Gazette states.

A few days earlier, the mayor of Arkadelphia, several aldermen and a few townspeople loaded onto a steamboat and traveled down the Ouachita River to Camden. The trip — one of “business and pleasure combined,” the paper says — allowed officials to inspect Camden’s water and electric systems so that Arkadelphia could build its own.

The Arkadelphia article is preceded by dispatches from Washington, and followed by news from Colorado, a brief about a man jailed in Arkansas for the murder of a black boy in Mississippi, the results of a race at Kentucky’s Churchill Downs and a dateline from Arkansas City telling of “a bad wreck” where a train jumped the track and 15 passengers were injured. 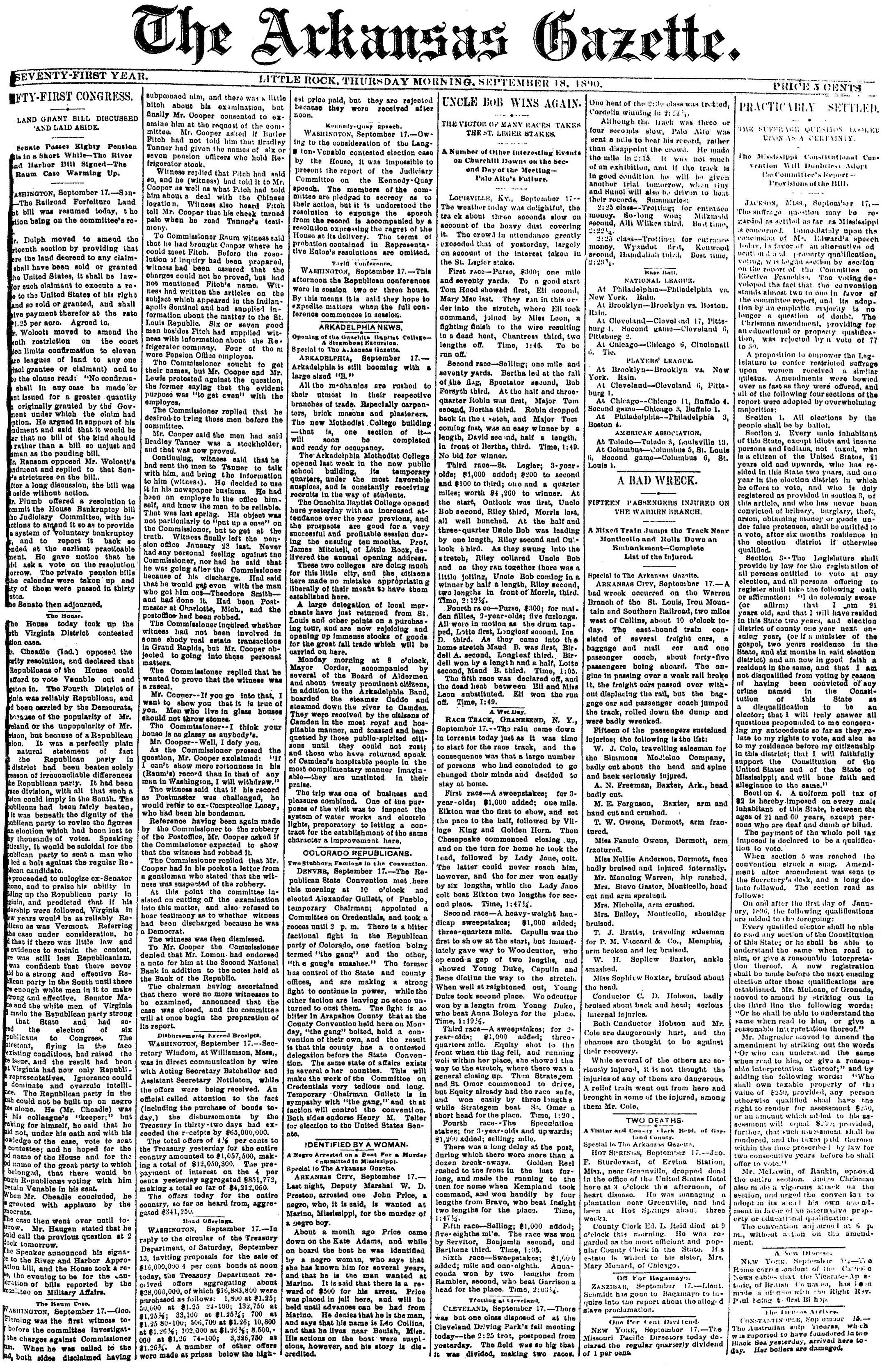