Page 11 of the July 7, 1895, The Arkansas Gazette reported that the state Supreme Court had declared the 21-year marriage of Mary and Thomas Dodson invalid because she was white and he was black.

Not content to convey the facts of the case, the Gazette reporter declared the opinion in Dodson v. State “splendid.”

The couple had obtained a marriage license in 1874, were married by a Christian minister and raised a family. They weren’t alone: The 1870 Census listed 27 interracial couples living together in Pulaski County, and historians have found evidence that other interracial couples didn’t cohabit.

In 1895, the state high court ruled that the Dodsons had violated a law written in 1838 and never repealed — even though it was not mentioned in the Constitutions of 1864, 1868 or 1874. Also, the opinion stated, even though there was no such law in the state code digest when they married, they should have known their marriage was illegal.

Ten years after they married, the Legislature had — depending upon one’s point of view — added a new law that duplicated the 1838 law or reinstated the original, to wit: “All marriages of white persons with negroes or mulattoes are declared to be illegal and void.”

Thomas was arrested in 1892. Pulaski County Justice of the Peace T.W. Wilson’s court fined him $25 and sent him to the county penal farm for illegal cohabitation. Dodson appealed.

In March 1894, he was with a prison crew leased to the county hospital when another prisoner apparently tried to escape and was killed by a guard. Dodson was among four men who fled while guards were shooting. The paper didn’t record whether he turned himself in or was captured, but the Gazette noted that the gunfire endangered passers-by. Residents expressed outrage at the inquest because the weapon used was a rapid-firing “needle gun.”

In its opinion written by Chief Justice C.J. Bunn, the state high court ruled that the 14th Amendment of the U.S. Constitution did not overrule the 1838 law because that law didn’t specify that slaves couldn’t marry someone of another race. It said nobody could.

And while the citizen’s ability to make civil contracts was protected by federal law, “it is not true that marriage is only a civil contract. It is more than that,” the court opined. “It is a social and domestic relation, subject to the exercise of the highest governmental power of the sovereign state, the police power.”

Arkansas’ law against interracial marriage stood until 1968, when the Legislature deleted it in acknowledgment of the U.S. Supreme Court’s ruling in Loving v. Virginia. 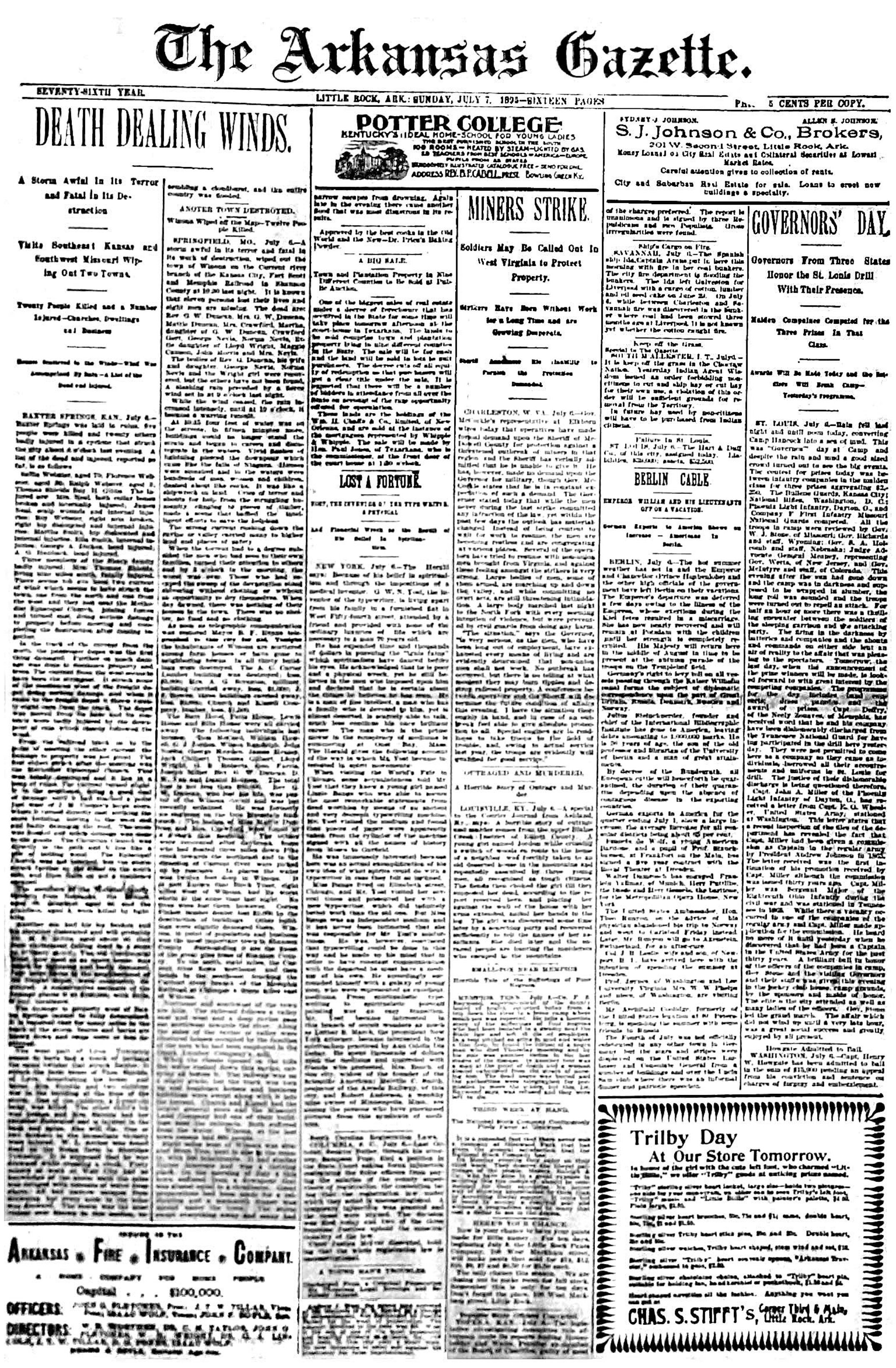 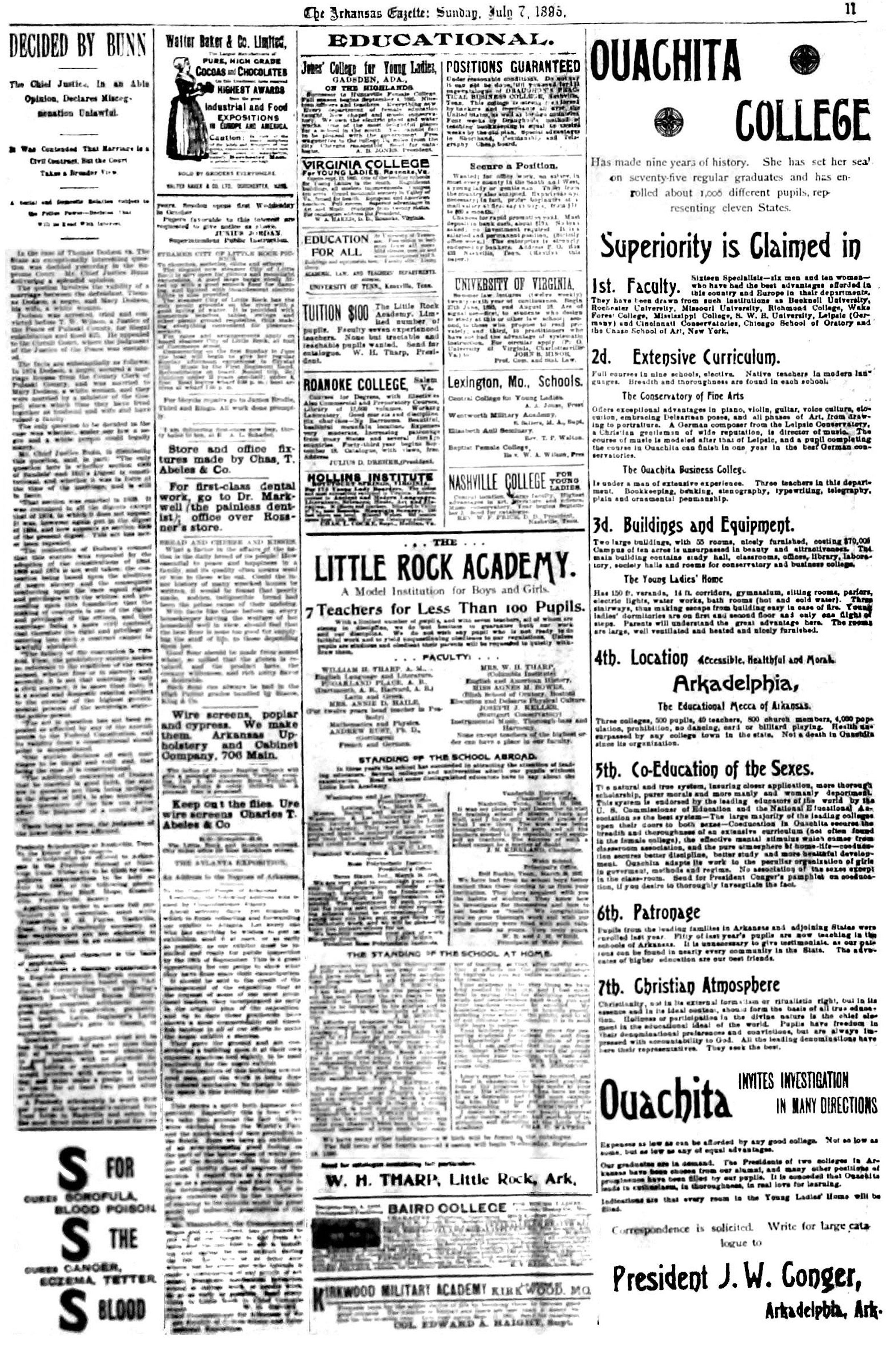