This Page 16 of the Jan. 31, 1897, Arkansas Gazette was notorious long after it appeared, according to Frederick Allsopp’s memoir Twenty Years in a Newspaper Office. And he would know, having been there.

Eighty-two years before the first appearance of Otus the Head Cat on the state newspaper scene (Feb. 25, 1979, in the Arkansas Democrat), the Gazette reported that Mr. William Miller, well-known businessman, had witnessed the death of a thither-to unknown monster in Searcy County, near Blanco in the Calf Creek township.

This monster had long terrorized the residents of Blanco, St. Joe and Richland by stealing down from the mountains in the night and crying “gowrow” as it commenced depredations upon cattle, horses, hogs, dogs and cats.

Its name, they said, came from that awful cry.

One snowy night, Miller was staying with a farm family when a boy arrived in great consternation. He had seen footprints of ponderous size in the snow while he was rabbit hunting.

Miller led the posse that traced the tracks for several miles until they reached a river. Diligent searching turned up an overlooked cave whose mouth was worn smooth as though by some massive weight’s wonted passage.

Bearing burning pine knots, the posse marched into the cave, whereupon they stopped and stared, their hairs prickled like porcupine quills. Out of wavering shadows cast upon the shaggy rock grinned countless skulls from skeletons — skeletons of all kinds, including human.

The posse scurried outside and hid behind a boulder. When the sickly green beast emerged from the river, they saw it. Its head was something like a man’s, but it had tusks over its under lip. Its legs were short and thick and ended in ducklike webbed appendages. The thin and trailing tail terminated in a bony sickle.

Miller took a snapshot with his Kodak and gave the order to fire.

As the smoke cleared, they saw the monster writhing in the throes of death. “But he died hard.” His tail took down a tree and snicked off the leg of a former section hand from the Iron Mountain railroad.

While he regretted the death of what was most likely the last of its kind, Miller had made arrangements to ship its bones to the Smithsonian.

Over ensuing weeks and years, readers and other newspapers mocked and embroidered upon the Green Gowrow. The original was perpetrated, Allsopp wrote, by editor J.N. Smithee’s son Elbert Smithee. Elmer Burrus’s illustration of the pachyderm-hyaenidae/rhinocerotidae hybrid — “based on a photograph” — was an especially deft touch. 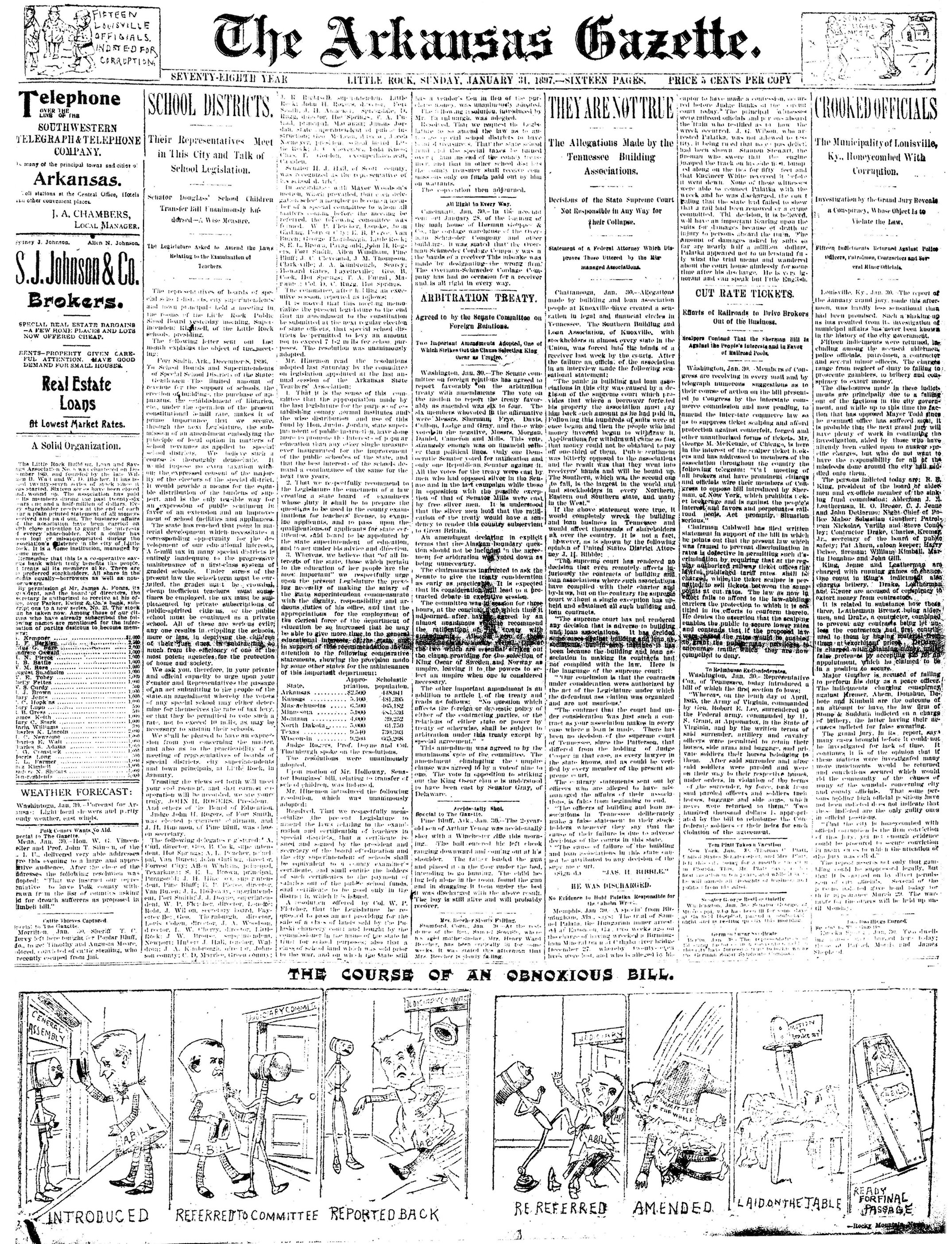 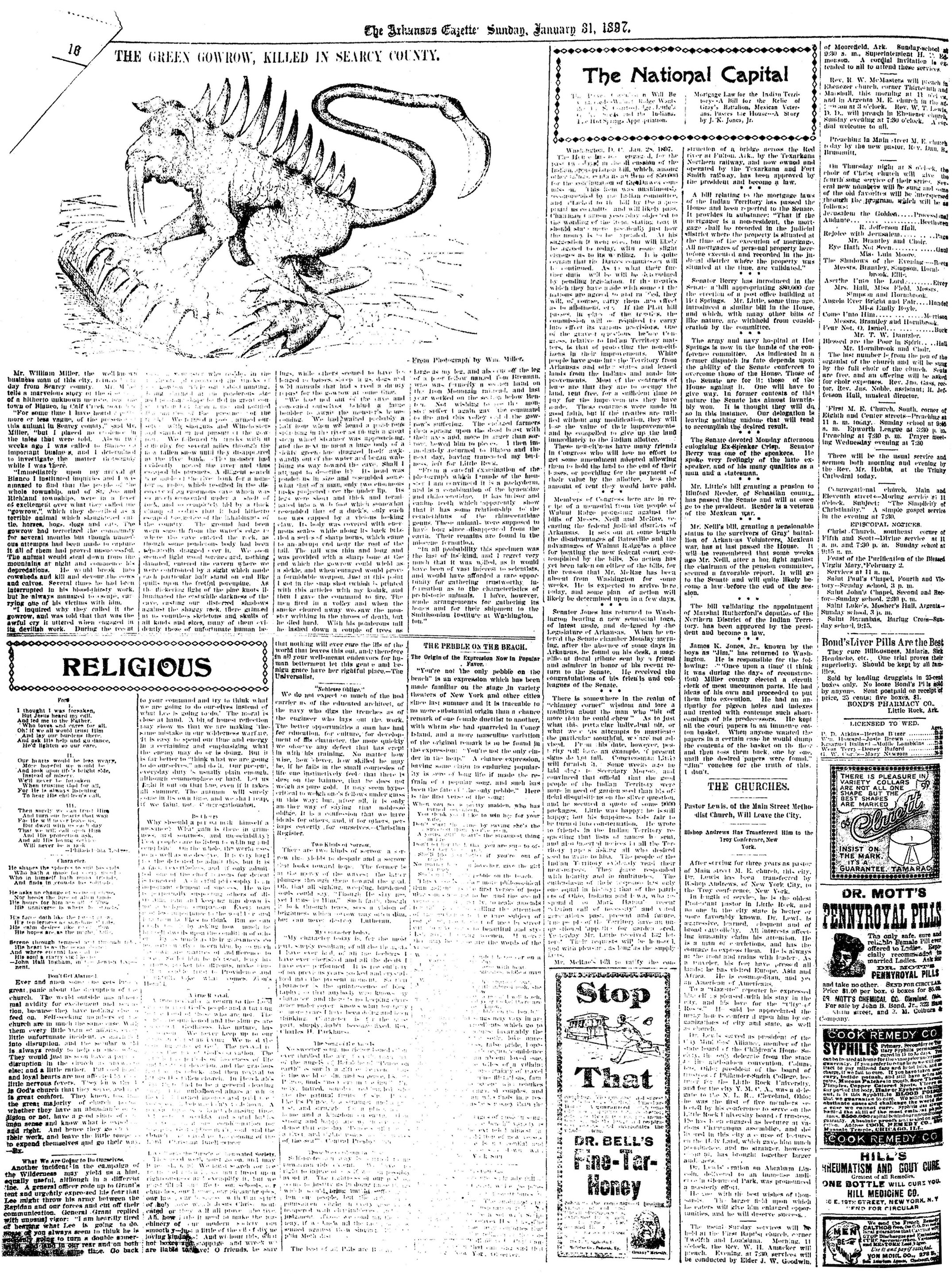