The United States declared war on Spain in April 1898, after mounting tensions exploded, as did an American battleship in Havana Harbor.

The Cuban people had been fighting for their freedom from Spain since 1895 and the USS Maine was sent to Cuba after anti-Spanish riots in Havana, to protect Americans living in the vicinity.

The battleship was at anchor on Feb. 15 when an explosion sank her, ripping through from port to starboard and ultimately tearing out the bottom of the ship. It was reported that two-thirds of the crew were killed, more than 260 souls. Two hundred bodies were found, but only 75 were identified.

Though it was never proved exactly how the Maine was destroyed or who was responsible, the front page of this Feb. 24, 1898, edition of The Arkansas Gazette labels it “The Crime of Spaniards.”

The Gazette’s report states that the American officials in Cuba did not believe Gen. Ramon Blanco or other Spanish officials knew anything of a plot to blow up the ship, but it was believed junior Spanish officers, who were “more conversant with modern explosives,” might have been responsible for the destruction, “if there were any outside agencies.”

In March, the U.S. Naval Court of Inquiry found that the ship had been blown up by a mine, but did not specifically name Spain. However, when added to the American people’s sentiments against Spanish brutality in dealing with the Cuban rebels, public opinion laid the blame squarely on the Spaniards.

The United States formally declared war April 25, Spain having done so one day before.

The Spanish-American War was fought in Cuba and the Philippines, one of the most famous battles being the Battle of San Juan Hill. Theodore Roosevelt and his “Rough Riders,” officially known as the 1st U.S. Volunteer Cavalry, were part of the invasion of San Juan Heights above the city of Santiago, Cuba, on July 1. Both Kettle Hill and San Juan Hill were objectives to be taken during the battle, and a group of soldiers that included the Rough Riders and black soldiers from the 9th and 10th cavalries were the first to top Kettle Hill.

Spain surrendered Cuba to the United States on July 17.

The short-lived conflict ended when an official truce was called in August 1898; the Treaty of Paris was signed Dec. 12, although the United States wouldn’t ratify it until the following February. The agreement ended the war and granted possession of the Spanish holdings of the Philippines, Guam and Puerto Rico to the United States. Cuba gained independence. 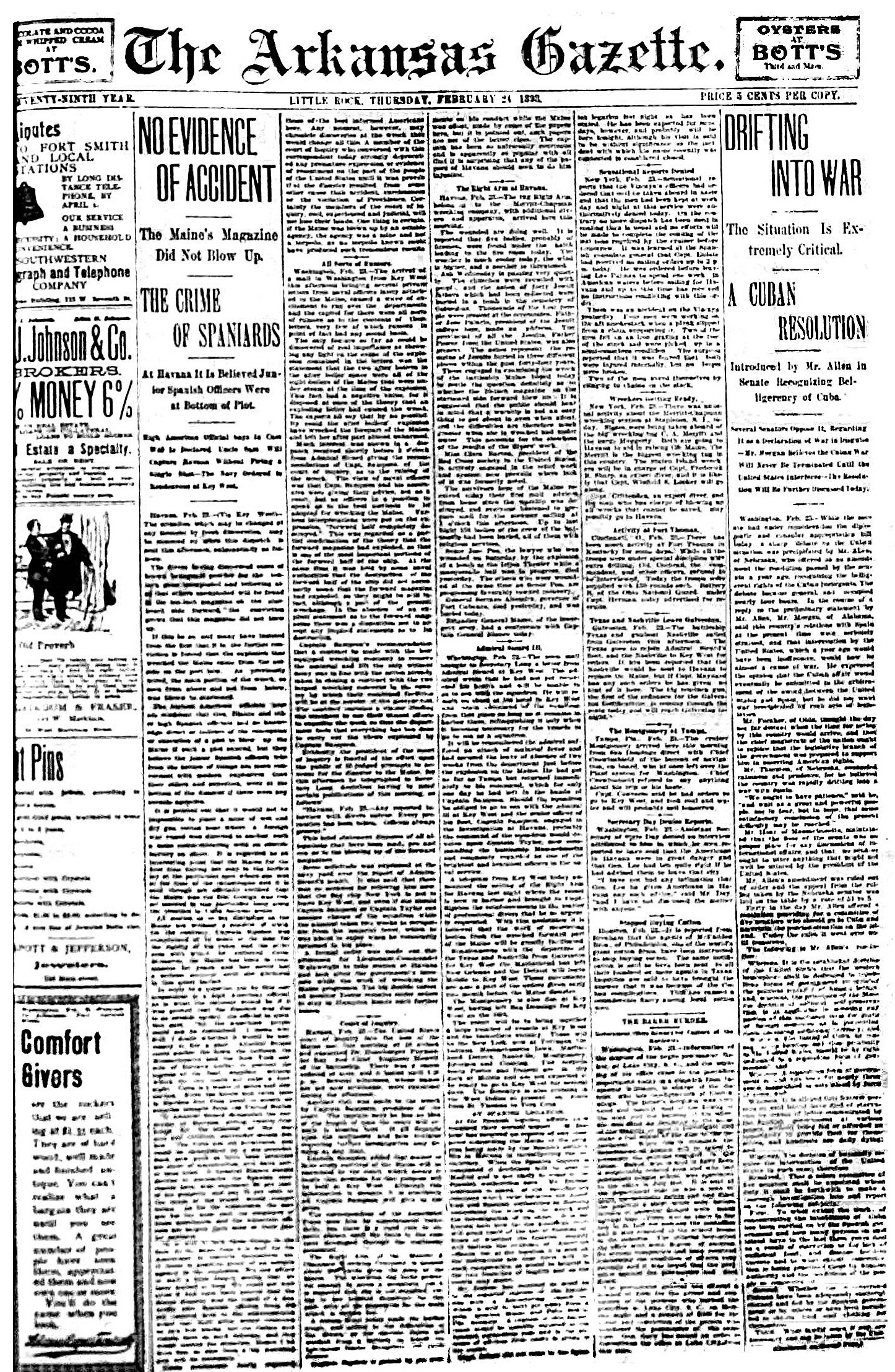