On Feb. 6, 1899, The Treaty of Paris was ratified by the U.S. Senate amidst increasing concerns over how the country would interact with the Philippines, newly acquired by the United States under the treaty’s terms.

The Philippines, like Cuba, had been fighting for independence from Spain but instead traded Spanish control for American.

This Page 1 of the Feb. 7, 1899, edition of The Arkansas Gazette gives the particulars of the Senate debate over whether the treaty would bring the United States into an even more costly conflict, this time with the Philippines. Citing a recent Filipino attack on American soldiers, Democratic Sen. Arthur Pue Gorman of Maryland argued that ratification of the treaty would cause “the beginning of a war which would cost us thousands of lives and millions upon millions of treasure.” In the ensuing conflict with the Philippines, 10 times more American soldiers would die than died fighting against Spain.

Arkansas involvement in the war had been minimal, though two regiments of 1,000 volunteers each were mustered into service in May 1898 — the First Arkansas Volunteer Infantry under the leadership of Col. Elias Chandler and the Second Volunteer Infantry under Col. Virgil Cook. The war ended before either regiment was sent to Cuba and, except for one training accident, all Arkansas casualties were due to disease.

Though conflict remained in the Philippines, the close of the war with Spain seemed to signal a new era in the United States. The Encyclopedia of Arkansas notes that an “interesting effect” of the war was the lessening of tensions that remained between North and South after the Civil War. “The Spanish-American War was a major opportunity for citizens of the former Confederacy to show loyalty to the Union. In the Second Arkansas Volunteer Infantry alone, ninety-six percent of the men were descendants of Confederate veterans.” 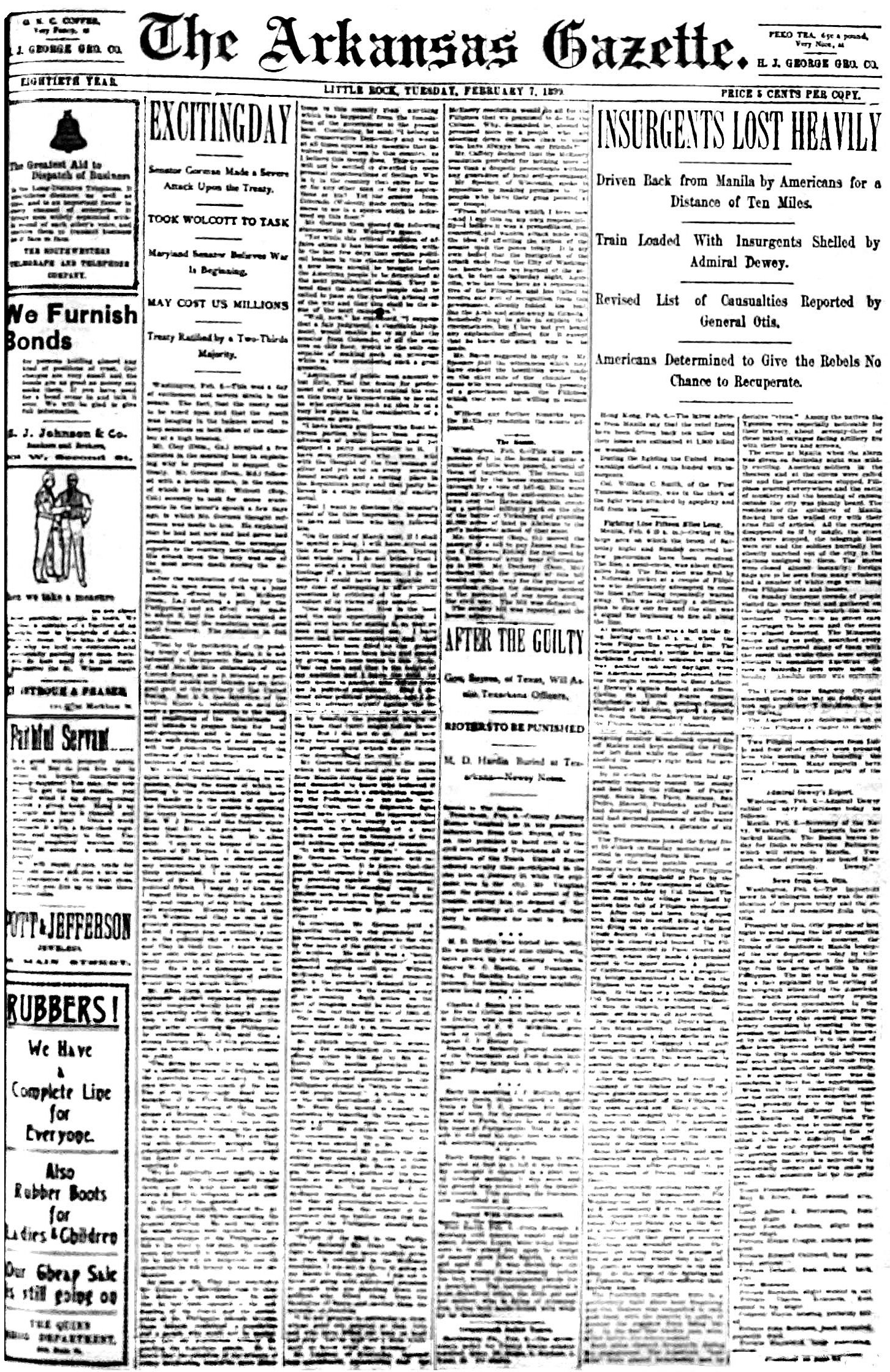