Little Rock’s first skyscraper, initially christened the Southern Trust Building and today known as Pyramid Place, entered construction in May 1906 and was almost complete Aug. 11, 1907, when this Page 11 appeared in The Arkansas Gazette. The architect was George R. Mann, who had designed the Arkansas Capitol. Caldwell & Drake were the skyscraper’s contracting firm.

The Gazette feature opens with an account of William Le Baron Jenney, widely known as the father of the American skyscraper, who had died just two months earlier. The report tracked the rise of the skyscraper throughout America, before adding, “last, but not least, even Little Rock has awakened from her lethargy and through the instrumentality of the Southern Construction Company of this city, in about a month, there will be completed a building of ten stories, 131 feet in height and occupying a grand space of 93 feet on West Second street and 100 feet on Center.”

The building’s interior held space for nearly 300 offices. The Gazette marveled: “The view from the roof of this lofty and towering structure is indeed sublime,” featuring a glimpse of “the sinuous Arkansas river,” mountain peaks and “the homes of the citizens of the City of Roses.”

While the skyscraper provided stunning views and possessed some interior embellishments, function was the ultimate goal in its construction. According to the Central Arkansas Library System Encyclopedia of Arkansas, “The company boasted of the building’s burglar proof, fireproof, and mobproof vaults.” The Southern Trust Building also included electric-powered elevators and a steel skeleton structure, cutting-edge features for the beginning of the 20th century.

The structure’s name changed over the years. The property was purchased by First Pyramid Life Insurance in 1938 and was designated the First Pyramid Building. It underwent several renovations and updates in the following decades. And, during renovations in 1982, the skyscraper was renamed Pyramid Place.

As the Gazette reported in 1907, “the object of the contractors seems to have been to create a landmark of stability and endurance, rather than one of beauty. This they have succeeded in doing.”

The Gazette predicted, “It will remain for years to come a monument to … enterprise.” 106 years later on Sept. 26, 2013, Pyramid Place was added to the National Register of Historic Places, attesting to and ensuring its longevity and fulfilling the Gazette’s prediction. 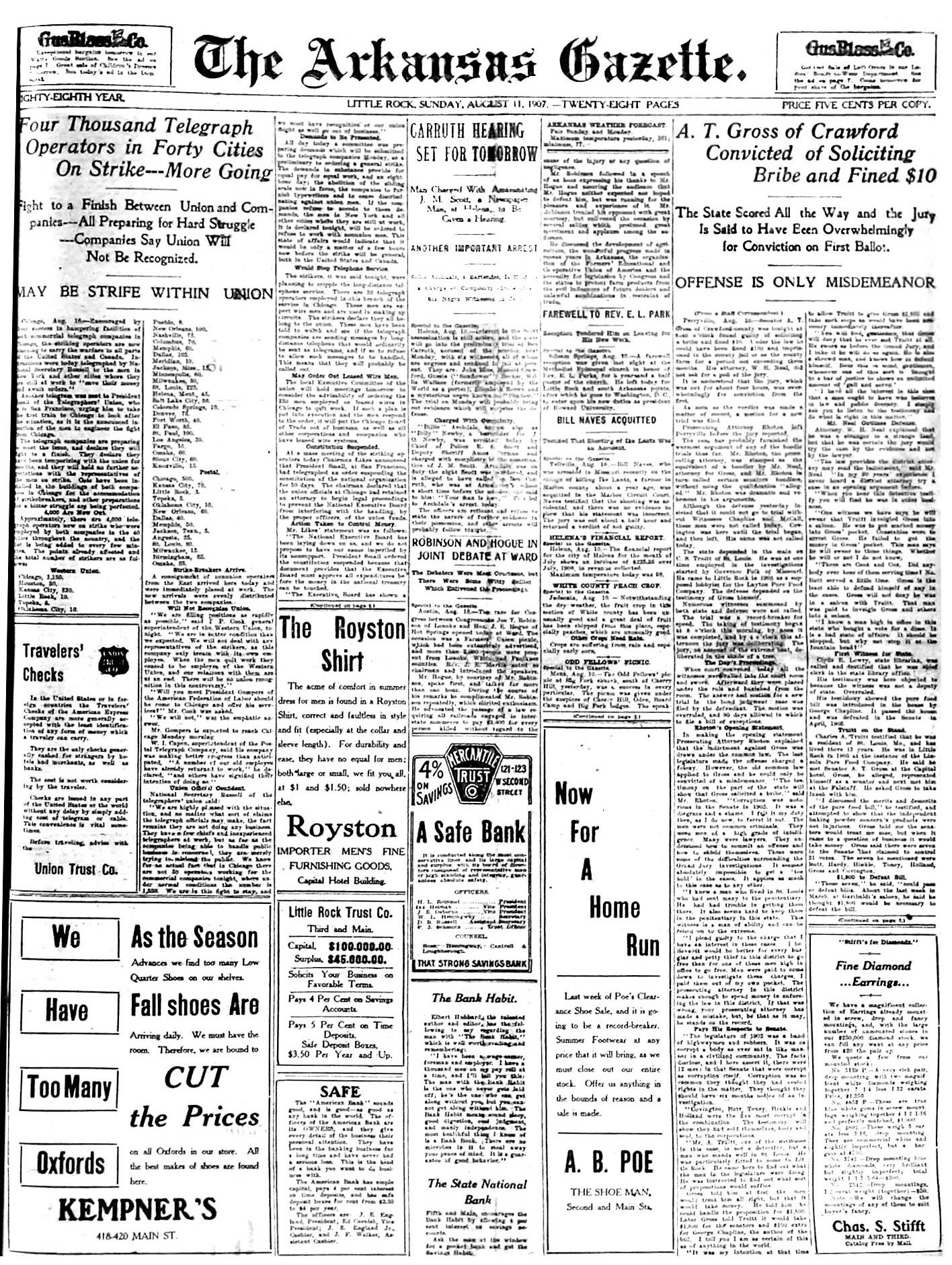 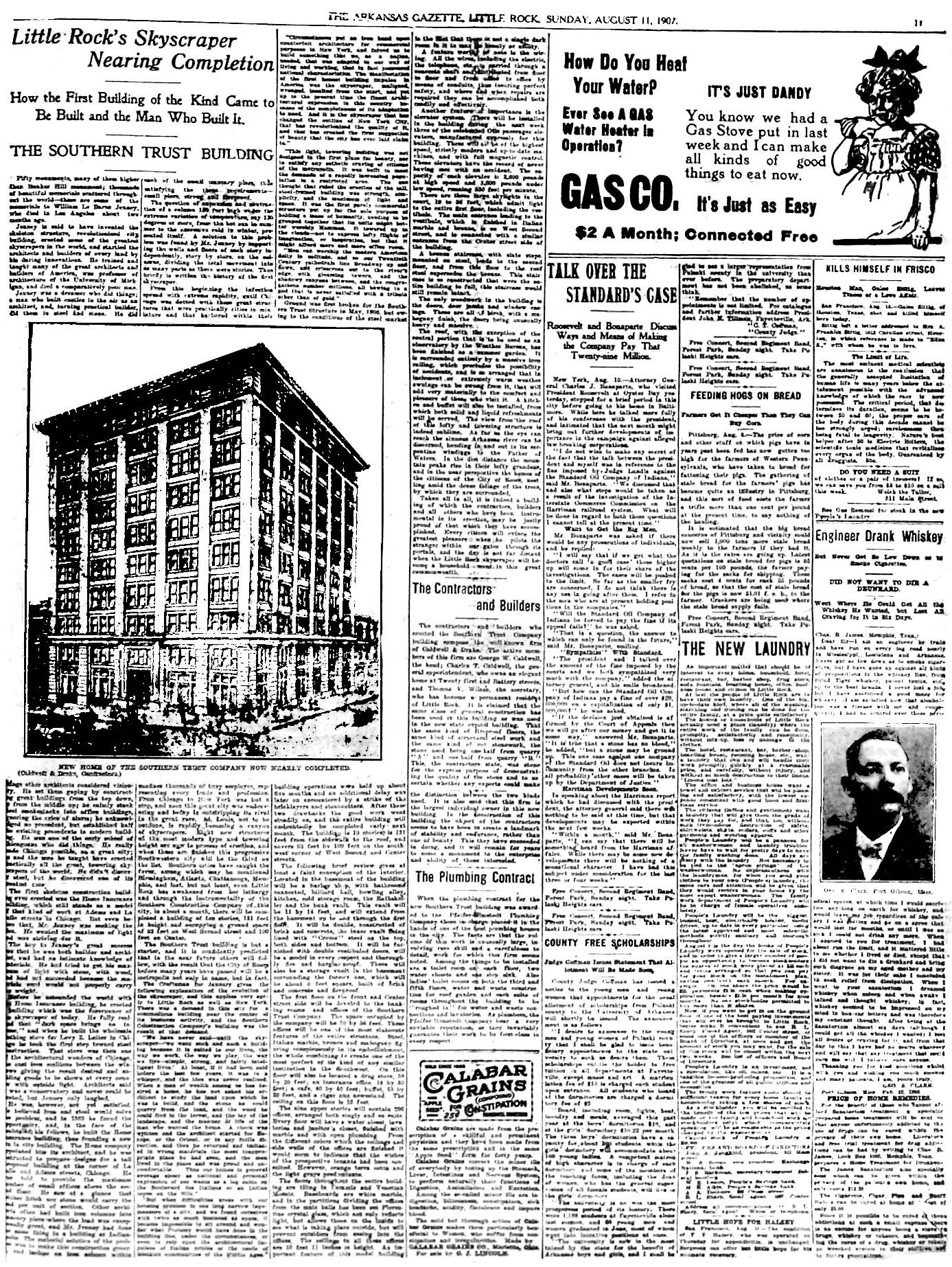