Page 1 of the April 7, 1917, Arkansas Gazette reported the United States had declared war on Germany.

This was not a surprise. Banner headlines the day before reported Congress had passed a war resolution and President Woodrow Wilson would sign it; the United States had seized and disabled about 100 German merchant ships docked at U.S. ports; the Arkansas Guard had begun to mobilize March 31; and for weeks, businesses had been lining up to compete for what were expected to be big military contracts. For instance, U.S. Sen. Morris Sheppard (D-Texas) conveyed to the War Department an offer from the Texarkana Casket Co. to make military coffins at cost, and this was reported in the Gazette.

For a year or more, editors and home economy experts had beaten the drum for “readiness” even though the nation’s official posture was neutrality. Public sentiment was divided about which side were the good guys when the Great War began in 1914; but in February and March 1917, a sharp escalation in German U boat depredations on civilian ships caused a sea change in attitude.

The European conflict had stalemated on land, and with Germany’s navy trapped in port by a British blockade and its food situation desperate, Kaiser Wilhelm listened to advisers who had been urging him to resume unrestricted submarine warfare. The kaiser had held back from targeting civilian and neutral ships since the torpedoing of RMS Lusitania with almost 2,000 passengers on board, including 128 U.S. citizens, in 1915.

But now some U-boat captains didn’t even give their targets time to abandon ship.

But also there were milk and fuel shortages, mandatory blackouts and legal restrictions on what and how much food could be bought or sold. There were isolated attacks on religious objectors and German Americans.

About 600 Arkansans refused to register for the draft, and some were hunted down as criminals. But the vast majority stepped forward, and according to the Central Arkansas Library System Encyclopedia of Arkansas, 199,857 Arkansans ultimately registered. In all, 71,862 Arkansans served in the Armed Forces; 2,183 died, and 1,751 were injured. 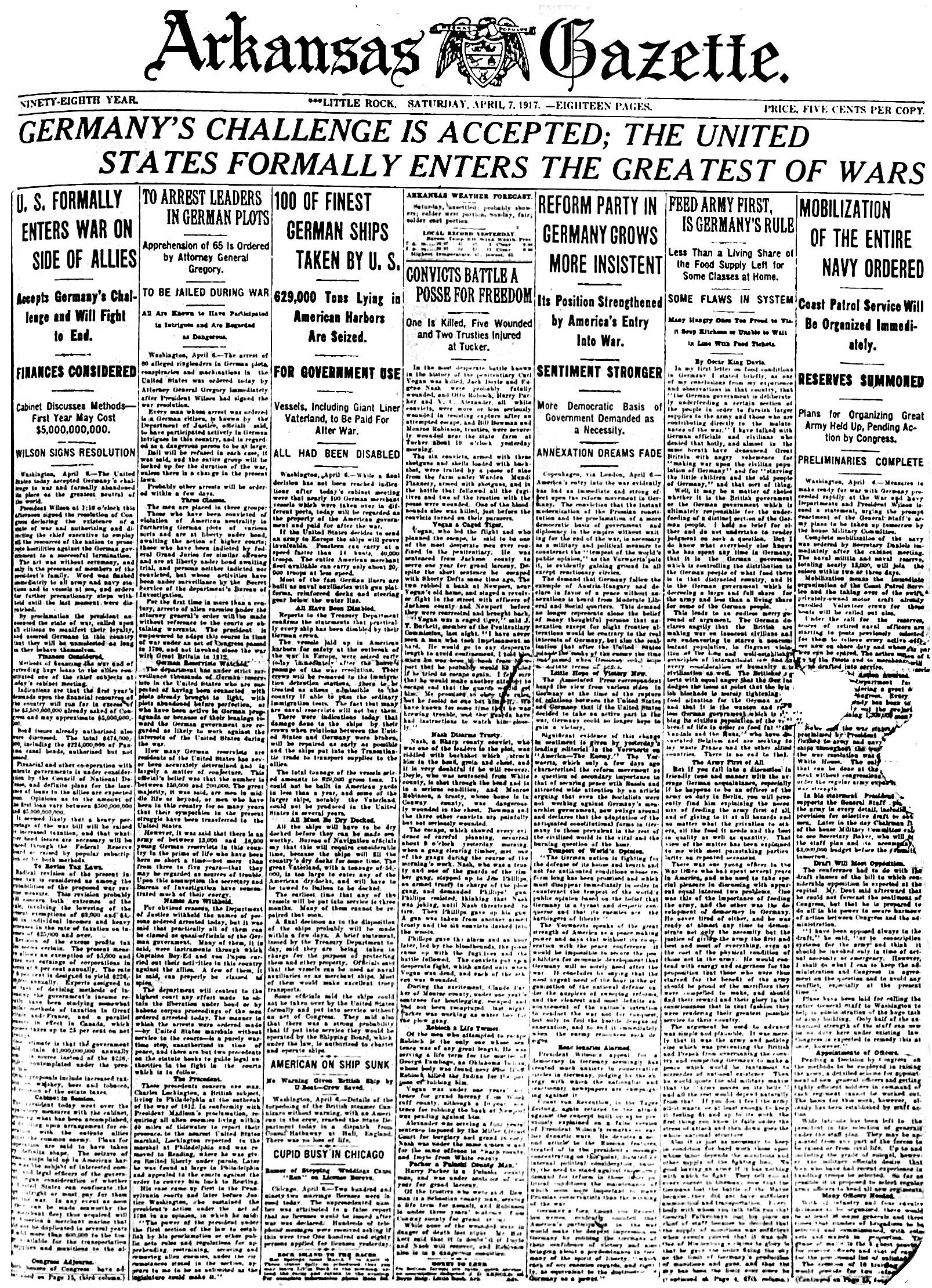