1918 was the year that Arkansas women took their new, limited right to vote and did something big with it.

Under Act 186 of 1917, the Legislature had granted suffrage to women age 21 or older — but only in party primaries. Suffragists were thrilled, though. It was a step toward universal suffrage; Arkansas was the first Southern state to take that step; and considering that the Democratic Party dominated all levels of government, primaries presented a powerful opportunity.

Suffragists reorganized themselves into the Arkansas Equal Suffrage Central Committee and lined up activists within the Democratic Party’s wards and precincts. These influencers recruited other women while doing civic volunteer work approved in all quarters as “womanly” — promoting the sale of war bonds and stamps, campaigning for food conservation, rolling bandages and knitting for the Red Cross.

Women cast their earliest votes in city primaries in November and December 1917; and then in May 1918, more than 40,000 women turned out to vote in the statewide primaries, which didn’t merely select nominees for public office but also chose party leaders.

In result, when the Democrats convened July 10 at Liberty Hall in Little Rock, more than 50 female delegates came with them, eager to do a good job. This was a first, and the Arkansas Gazette covered it on Page 1 July 11.

The Gazette reporter observed that male gallantry slipped a bit when out of earshot of the ladies:

“It was a rare treat to watch some of the old-time politicians of the male sex. They realize which way the wind is blowing and they could never be persuaded to express their real views, but in closely guarded conversations with trusted friends they all but sobbed their disgust.”

“They wailed that the women insisted on having every little detail explained to them and that the fair ones constantly were on the alert for fear that something might be put over on them in their unfamiliarity with the wiles of the politicians.”

Women attended every minor meeting, in force, and “controlled the actions of some of these committees.”

The first woman elected to the party’s steering committee — by caucus during the convention — was Mrs. Stella Brizzolara, a widow from Sebastian County. Her husband had been mayor of Fort Smith, and she was a suffragist active in the drive for food conservation. The Gazette published her portrait atop its front page July 12, with her quote:

“One of the finest things about the convention, to my mind, was the consideration and gallantry shown the women members by the men.” 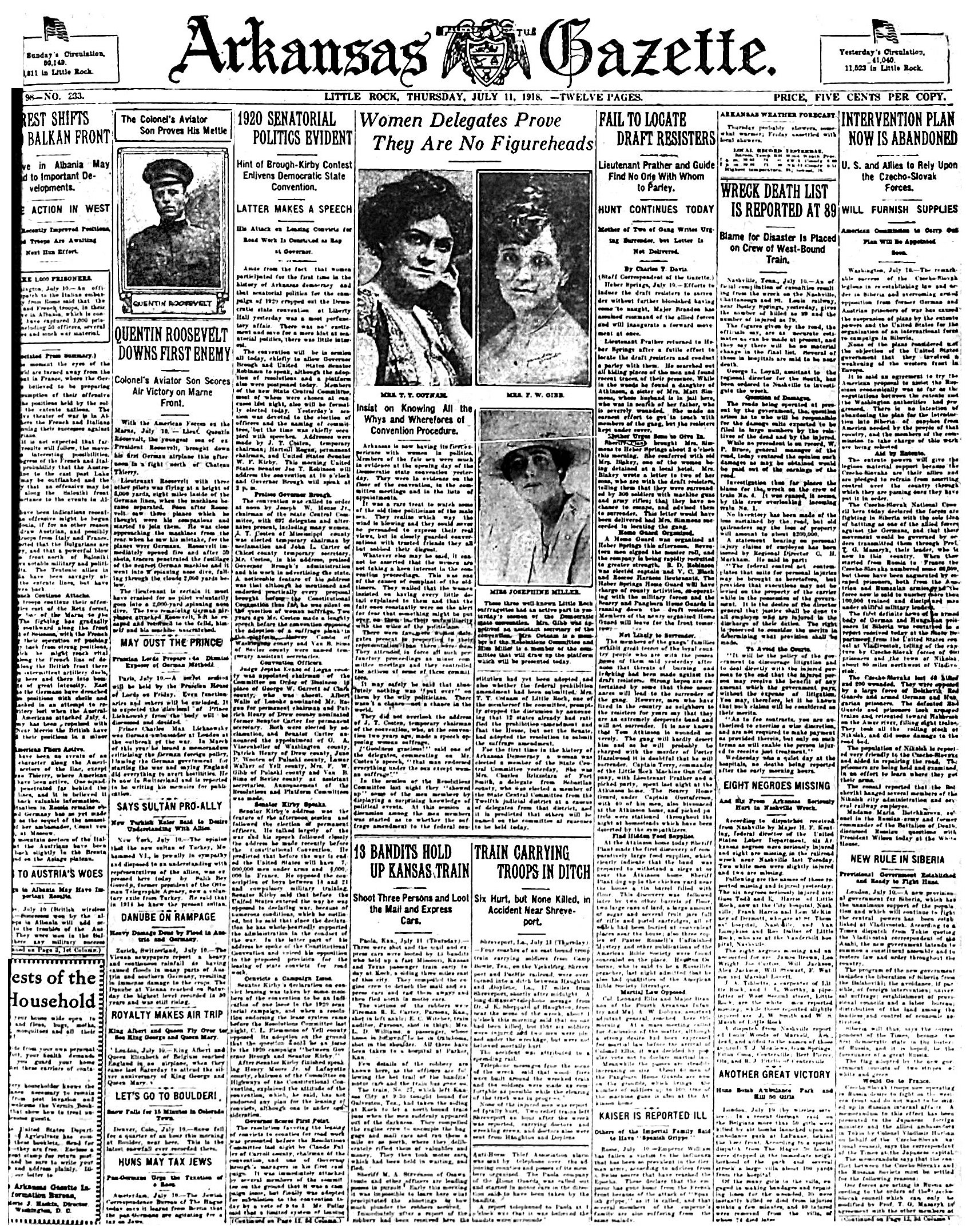