On May 25, 1926, President Calvin Coolidge signed HR 12020 into law, designating Mammoth Cave in central Kentucky as a national park. Mammoth Cave National Park’s website says the “National Park Idea” was first considered at the turn of the 20th century, but it took the introduction of three bills and a quarter of a century for the idea to become law: “It would take Stephen Mather himself, the first Director of the National Park Service, to give the project the final push.”

The director’s annual report in 1923 urged the Secretary of the Interior to designate Mammoth Cave a national park due to its “distinguished examples of … world architecture.”

On this Page 10 of the Arkansas Gazette’s July 4, 1926, issue The Associated Press reports that the cave’s updated status could lead to discoveries. Dr. W.R. Jillson, Kentucky’s state geologist, told the AP that even though about 150 miles of the cave had been explored, “it is quite probable that new caves will continue to be opened during the next 50 or 100 years.”

Jillson’s prediction proved correct. Several passageways and caves have been discovered since the park opened, including Roppel Cave in 1976 and the Hoover Entrance, a new opening into that cave, in 2003. According to National Geographic,“Mammoth Cave National Park is the world’s longest known cave system, with more than 400 miles explored.”

The 1926 article concluded by mentioning an oddity of the cave that was both a natural mystery and a clue to the Echo River’s route beneath the cave — eyeless fish.

The same page of the Gazette has ads offering options for vacationing closer to home, such as Eureka Springs, dubbed “Vacation-Land,” and Hot Springs “after the week’s grind.”

Also featured is the story of a reunion between Arkansas brothers separated during the Civil War. H.P. Bearden, the eldest, left home in Grant County to serve in the war, while “J.J., too young to fight, was left at home” to help their parents and younger siblings. The family moved to Homer, La., for the duration.

After the war, H.P. returned home to an empty homestead and assumed his family had died. He moved to Benton, where he sired 19 children in four marriages.

Meanwhile, J.J. and his parents returned to Grant County. J.J. married and became a minister. He moved to Oklahoma after his parents and siblings all died. Each brother believed the other was dead.

In 1926, “the army lure” drew the son of one brother and the grandson of the other to the same camp in California, and both answered the same name at roll call. They discovered their kinship and from there facilitated the brothers’ reunion after 51 years of separation. 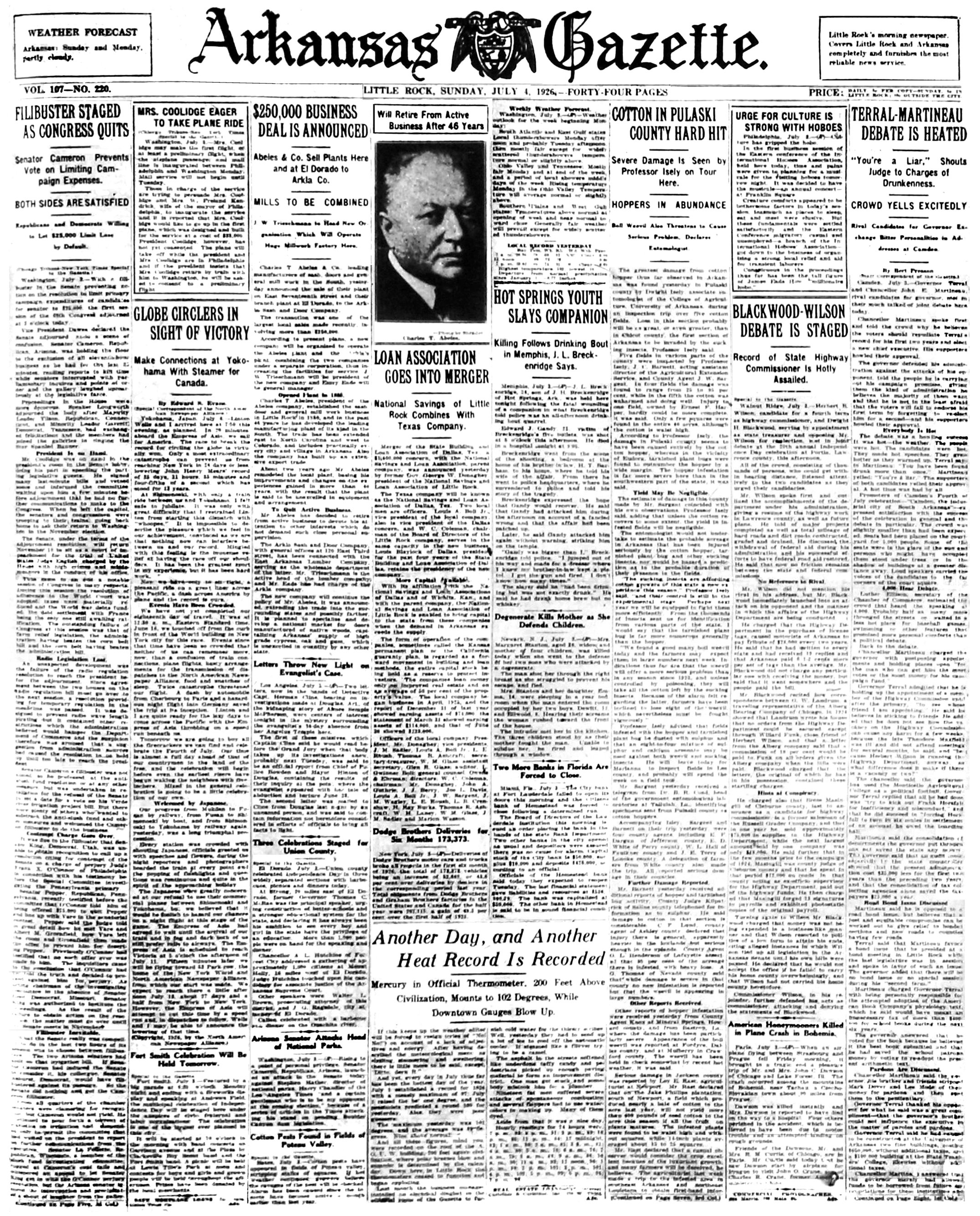 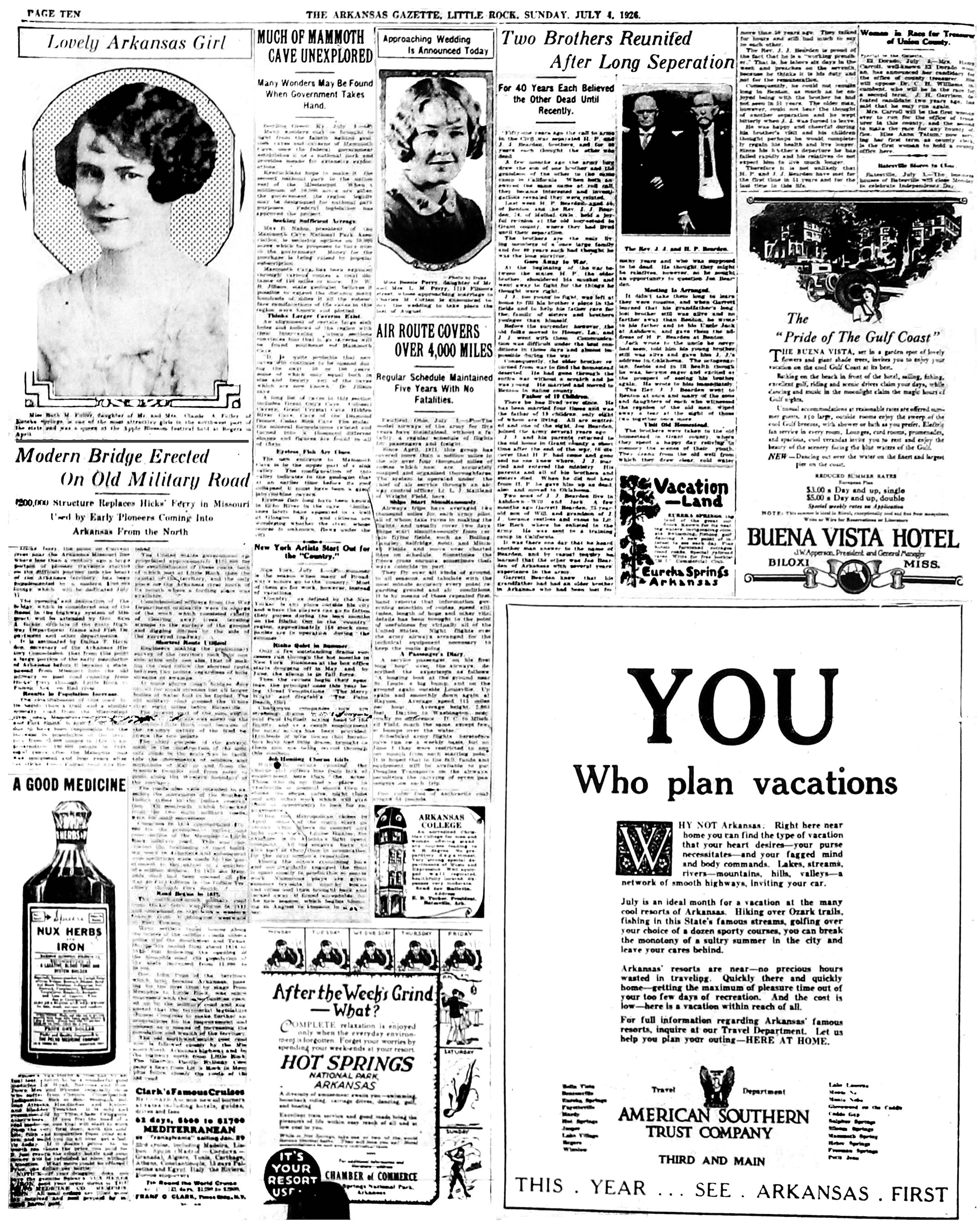