Arkansas was greatly depressed well ahead of the Great Depression.

Historians date the depression’s starting point as the Great Stock Market Crash of October 1929 — but with an asterisk, because that credit-investment debacle didn’t turn America’s breadbasket into the Dust Bowl all by itself or cause the shortages, unemployment, hunger and mass migrations that ensued.

Arkansas ranked among the most impoverished states. Writing for the Central Arkansas Library System Encyclopedia of Arkansas, Nancy Hendricks notes that in the 1920s, while the stock market was gradually accelerating toward giddy and giddier heights, Arkansas led the nation in per capita indebtedness: “As an agricultural state, Arkansas was affected by low crop prices, which left people unable to pay taxes. Schools and roads deteriorated. Without funding for road construction, some towns found themselves isolated and cut off from the rest of the state.”

Arkansas had its small urban middle class who “roared” in the ’20s, a decade of excitement over a fancier standard of living and of buying things on credit.

But then came the Great Flood of 1927, washing out roads, bridges, homes and fortunes, and setting the stage for malaria, typhoid and the insidious nutritional malady pellagra. Perversely, an epic drought followed in 1930 and ’31, desiccating 23 states, with Arkansas among the driest.

This Page 1 of the Aug. 3, 1930, Arkansas Gazette complains that Little Rock had endured its 71st day without significant rain — “and that chronological number was all that distinguished it from the majority of its predecessors.” According to historic weather records, the entire state went 33 days without any rain from July to August and some counties baked at 113 degrees.

As Cal Ledbetter explains in a biography of Sen. Thaddeus Caraway published in 2005 by the Arkansas Historical Quarterly, 30% to 50% of crops failed. By January 1931, more than 500,000 Arkansans were receiving financial aid from the American Red Cross.

Democratic senators, like Arkansas’ Caraway and Joe T. Robinson, saw Red Cross funds as inadequate to feed the poor and unevenly distributed; they passed a federal relief bill. But the bill was revised in a House dominated by Republicans who, like President Herbert Hoover, Ledbetter explains, were “devoted to the values of self-help and believed that communities and private charities, and not the federal government, should be primarily responsible for relief.”

In December 1930, Ledbetter writes, Congress appropriated and Hoover approved $60 million in federal loans to drought-state farmers. The money could be used for seed, feed, fertilizer, fuel — but not food for people. 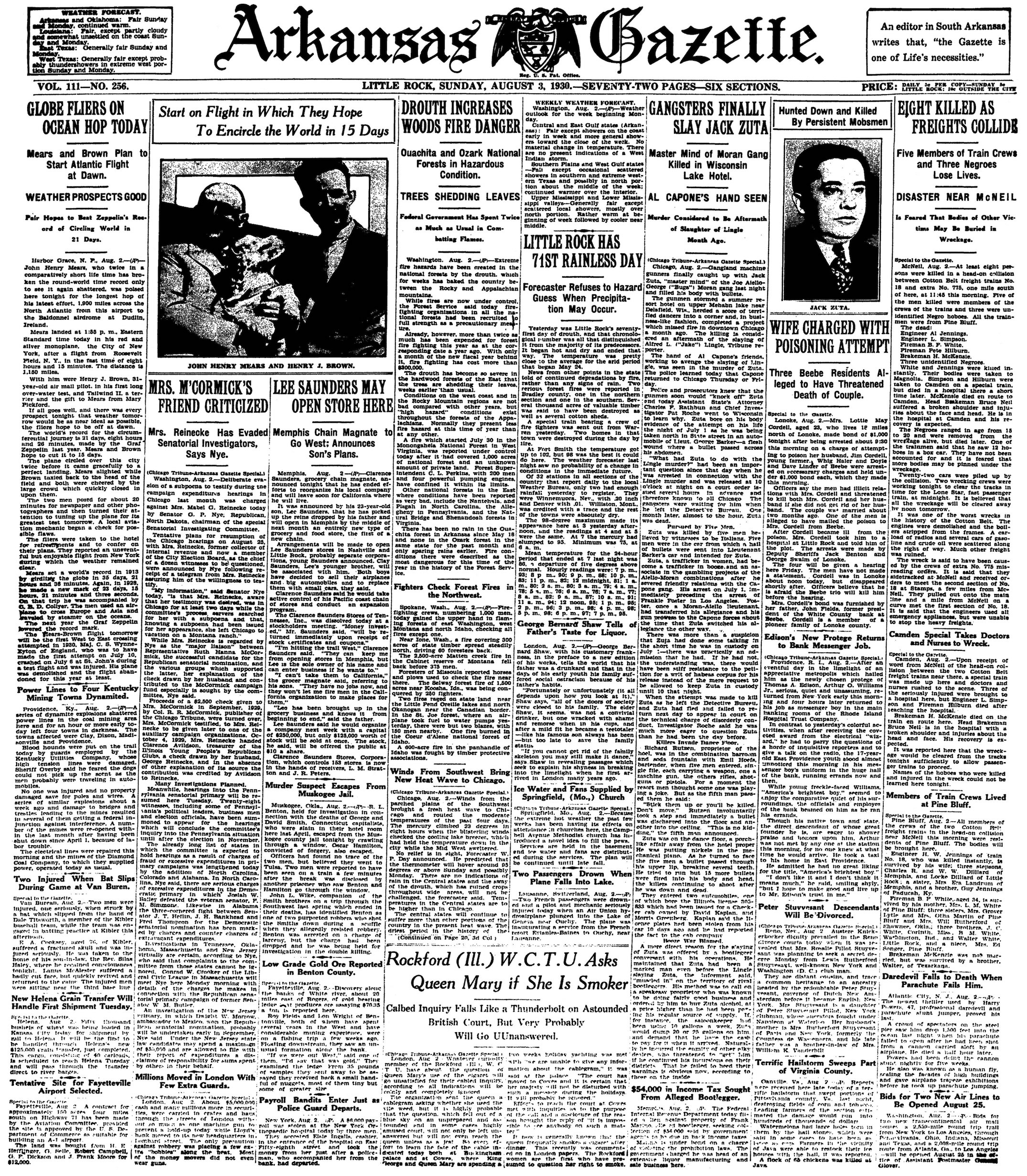