War had arrived, but not for the United States. German planes bombed Krakow and three other cities after Poland refused Germany’s demand for the return of Danzig, Page 1 of the Sept. 1, 1939, Arkansas Gazette reported. Moscow’s parliament ratified a non-aggression pact with the Nazi government after Molotov (spelled with two f’s in 1939) explained the Germans had offered “the most favorable trade treaty ever made at a time when other countries plotted to involve us in a war.”

In another two days, Britain and France would declare war on Germany.

There were no words from President Franklin D. Roosevelt or any other U.S. official. The only attempt at any explanation of the far-off gunfire’s relevance here was a United States map with European capitals superimposed so that Arkansans could see, for example, that Berlin and Warsaw were closer together than Des Moines and Indianapolis.

The inside pages offered a few obliquely patriotic references. Agronomists opined that the Reich Food Ministry feared the mighty American potato bug — a stowaway to Germany in World War I doughboys’ rations — more than any other foreign invader. And the Loyal Order of the Moose struck the word “dictator” from its rituals and replaced it with “governor.”

Union veterans of the Civil War were awed in Pittsburgh by a demonstration of the Army’s newest machine guns and wished they’d had one at Gettysburg. In Boston, however, the Veterans of Foreign Wars cheered the call from Marine Gen. Smedley Butler and Sen. Henry Cabot Lodge to stay out of the war.

Beyond the front page, war was a long way from Arkansas, with people down the road seeming scarier than those across the sea. Tennessee Ball, a spinster, received a year in prison for trying to serve two girls poisoned blackberries. Samuel Odis Hankins, 24 and recently pardoned from the penitentiary for killing his father at the age of 12, confessed to two robberies in Pine Bluff.

Life was still a struggle — always had been, Pages 4 and 5 showed. “Despondent” farmer B.C. Kendrick, 41, bought a bottle of carbolic acid from a store in Sherrill and finished it off on the 2-mile drive home, where his family found him dying. Mr. and Mrs. Marvin Whitley of Newport lost their second toddler son in five days to colitis. Charles Boshers, 40, of Clarendon spent the morning hauling hay before falling off the truck as his father drove. He left a wife and two sons.

The paper showed, though, that life still had its pleasant surprises, like the Sunday drive a drunken woman in the Thomasville, Ala., jail received when her shouts disrupted services at the church next door. Town Marshal O.G. Wilson returned her to her cell after the benediction. 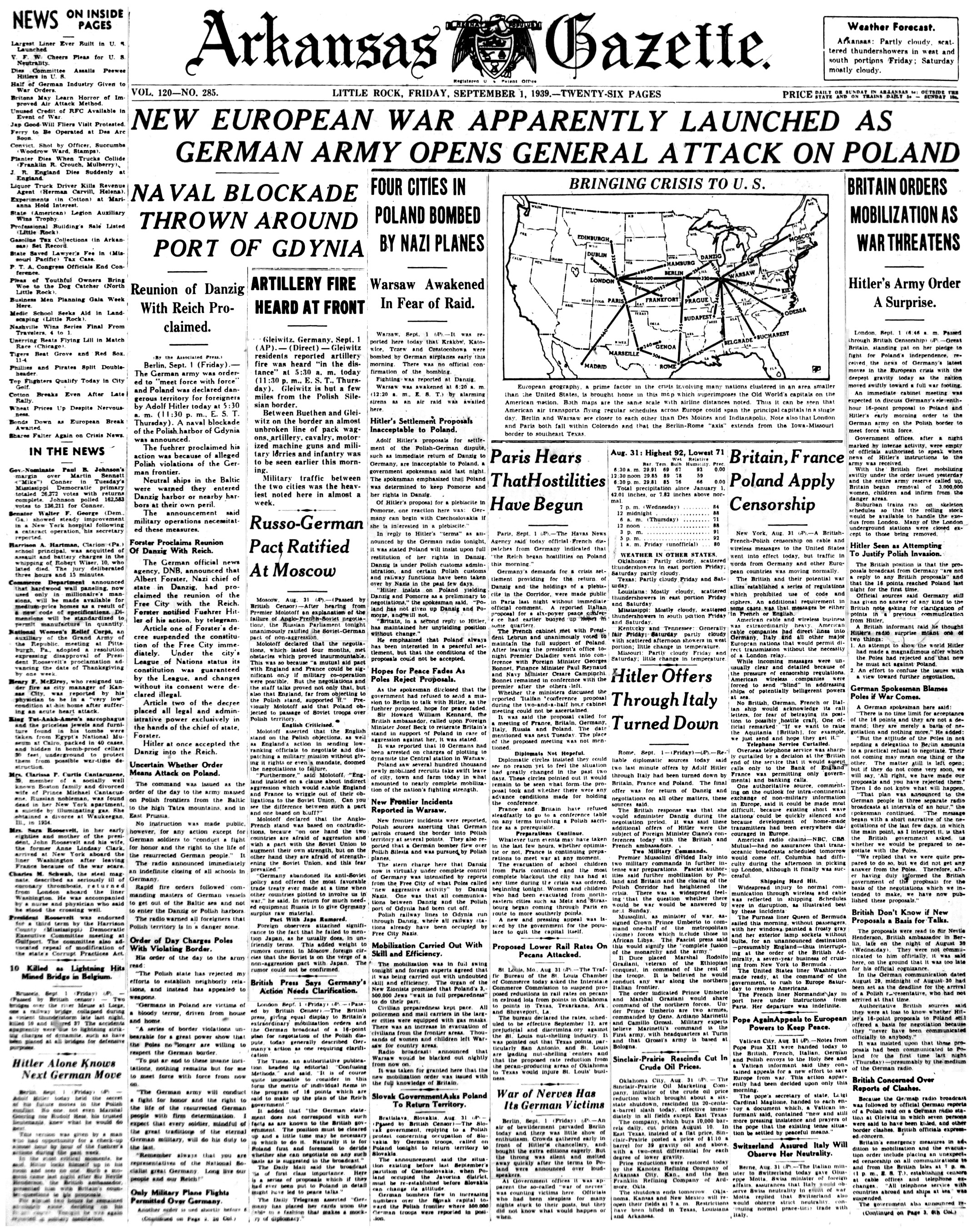