D-Day, June 6, 1944, was a very bad day for the Axis powers of Germany, Japan and Italy. Rome had fallen, and the Allies began a western offensive that would squeeze Germany in a vise as Russia advanced and held its eastern battle lines.

The beaches of Normandy were inundated with Allied forces, catching German forces off-guard and leading the U.K.’s Prime Minister Winston Churchill to report fewer losses than expected. More than 160,000 Allied troops landed on a 50-mile stretch of beach, supported by 5,000 vessels and 13,000 aircraft, according to the U.S. Army website.

The USS Arkansas was 4,000 yards off the shore of Omaha Beach, repelling German batteries and air attacks, according to the Central Arkansas Library System Encyclopedia of Arkansas. The ship was among a fleet that, as reported in the June 7 issue of the Arkansas Gazette, included a destroyer whose crew fought off boarding Germans with everything at hand, including coffee cups.

U.S. President Franklin Delano Roosevelt declared, after Rome was sacked, “one up and two to go.” He further explained, according to this June 6 Arkansas Gazette, that the Allies were focused on driving Germany “to the point where she will be unable to recommence world conquest a generation hence.”

On Page 2, a tail gunner from Arkansas is reported missing, last seen in the skies over France on May 11.

Page 3 carries a story about a ceremony for Capt. “Footsie” Maurice Britt, an Arkansan awarded the Medal of Honor for his efforts in Europe. “Almost single-handedly” he held crucial ground in Italy for Allied troops against superior, and more numerous, German troops. He and his small platoon held out long enough for American reinforcements to buttress them. Surely use of the phrase “single-handed” was merely a case of poor diction, for in another battle Britt had lost an arm. He was the first soldier in U.S. history to receive all of the army’s top awards, according to the encyclopedia.

Britt had been a star football player at the University of Arkansas who went on to the NFL. He was playing for the Detroit Lions when the United States entered WWII, according to the encyclopedia. As a Republican, he was elected lieutenant governor to Gov. Winthrop Rockefeller in 1966, serving two terms. For more on this extraordinary Arkansan visit arkansasonline.com/200/1944bonus/.

Bonus from the Past: Click here to read more about Maurice L. “Footsie” Britt. 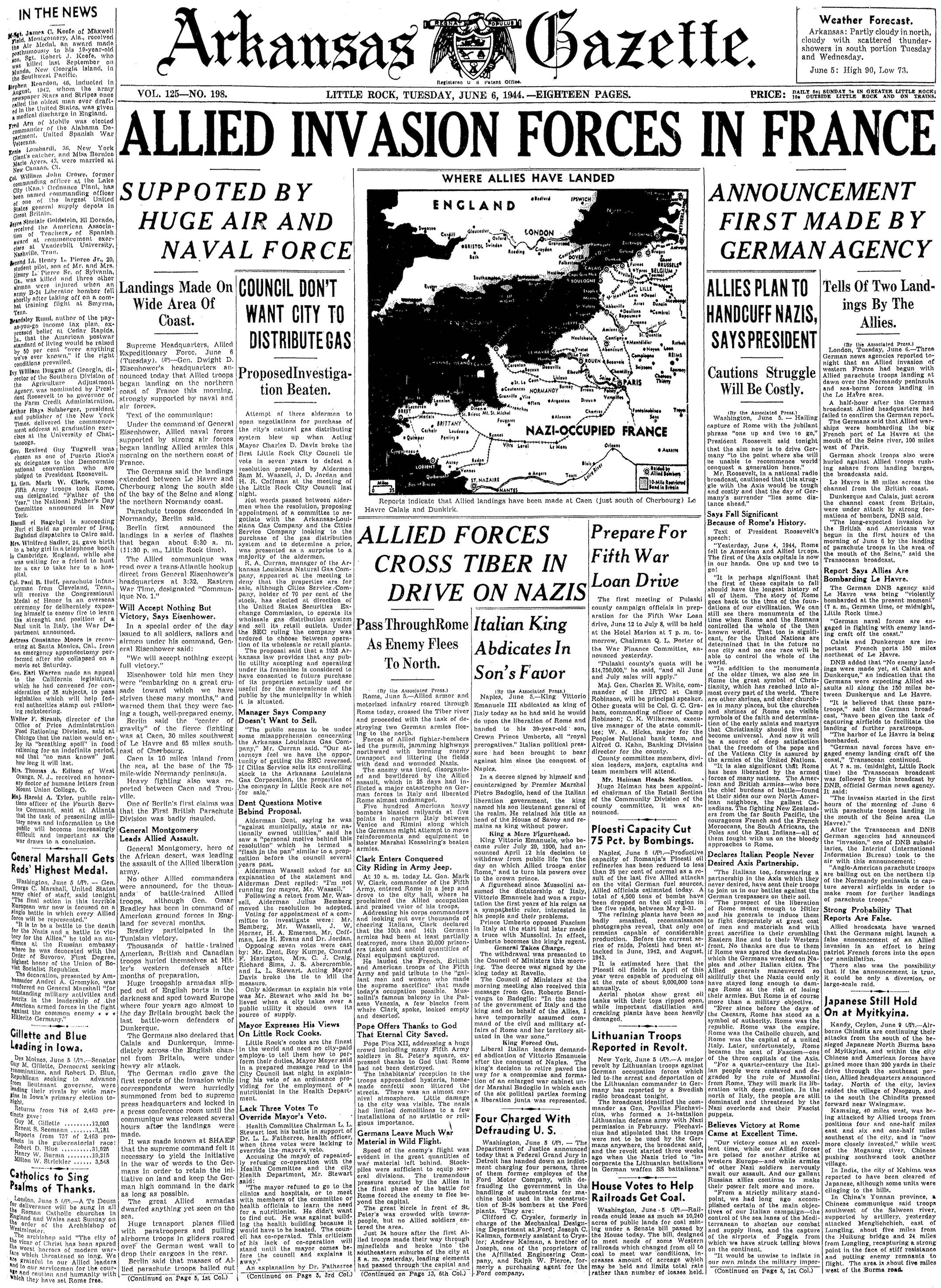