Page 1 of the Jan. 21, 1949, Arkansas Gazette reports an event that, as former Gov. Sidney McMath once joked, nobody saw coming except Harry S. Truman: Truman’s inauguration as a duly elected president. And he had already been president for three years, nine months and eight days.

President Franklin Delano Roosevelt had died in April 1945 early in his fourth term, and Vice President Truman ascended to the Oval Office with 87% public approval, according to a Gallup poll. One year later, that rating hit 32%.

But first, he dropped atomic bombs on Hiroshima and Nagasaki, achieving Japan’s abject surrender and the end of World War II. With famine devouring survivors in the battleground nations, Truman asked Americans to eat 40% less flour and meat, to free up food to aid Europe and Asia.

Truman asked Congress for power to draft striking rail workers into the Army. The Senate said no. He fought with his Commerce secretary, who resigned. His wrangles over price caps with anti-price-control Republicans in Congress backfired so that Truman took the blame for lifting price caps — beef prices jumped over the moon. As housewives lined up to buy hamburger, comedians mocked “Horsemeat Harry.”

Republicans swept the House and Senate in the 1946 midterms.

Sen. J. William Fulbright of Fayetteville, a Democrat, suggested that, since there was no vice president, Truman should appoint a Republican secretary of state and resign. Truman thereafter referred to Fulbright as “Senator Halfbright.”

Democratic parties in Southern states including Arkansas opposed Truman’s opposition to Jim Crow laws. He sent Congress a 10-point plan that would have outlawed lynching and poll taxes, and set up a civil rights commission — had it passed.

At the Democratic National Convention in July, three dozen Southern delegates led by Arkansas’ outgoing Gov. Ben Laney walked out when they weren’t able to strip civil rights planks from the platform. These “Dixiecrats” held their own convention as the States’ Rights Democratic Party and, after Laney demurred, nominated South Carolina Gov. Strom Thurmond for president.

Truman spoke at the opening session of the 80th Congress on July 26. He asked for bills on housing, price controls and civil rights. Then he issued executive orders desegregating the Armed Forces and the Civil Service.

The state of Louisiana took his name off the ballot.

As Congress overrode his vetoes on bills that antagonized labor, farmers and Westerners, Truman campaigned against the “do-nothing” Congress.

McMath, the Democratic nominee for governor in Arkansas, blocked Dixiecrats in his state party. “As soon as I was nominated in ’48 … I feel that the most important thing I did was start campaigning for President Truman,” he recalled in 2002. “All the polls indicated that Truman would be defeated, and no one thought he would win except Harry Truman, and we were able to carry Arkansas by a real good vote, a majority vote.”

Truman took all nine of Arkansas’ electoral votes with 61.72% of the popular vote. 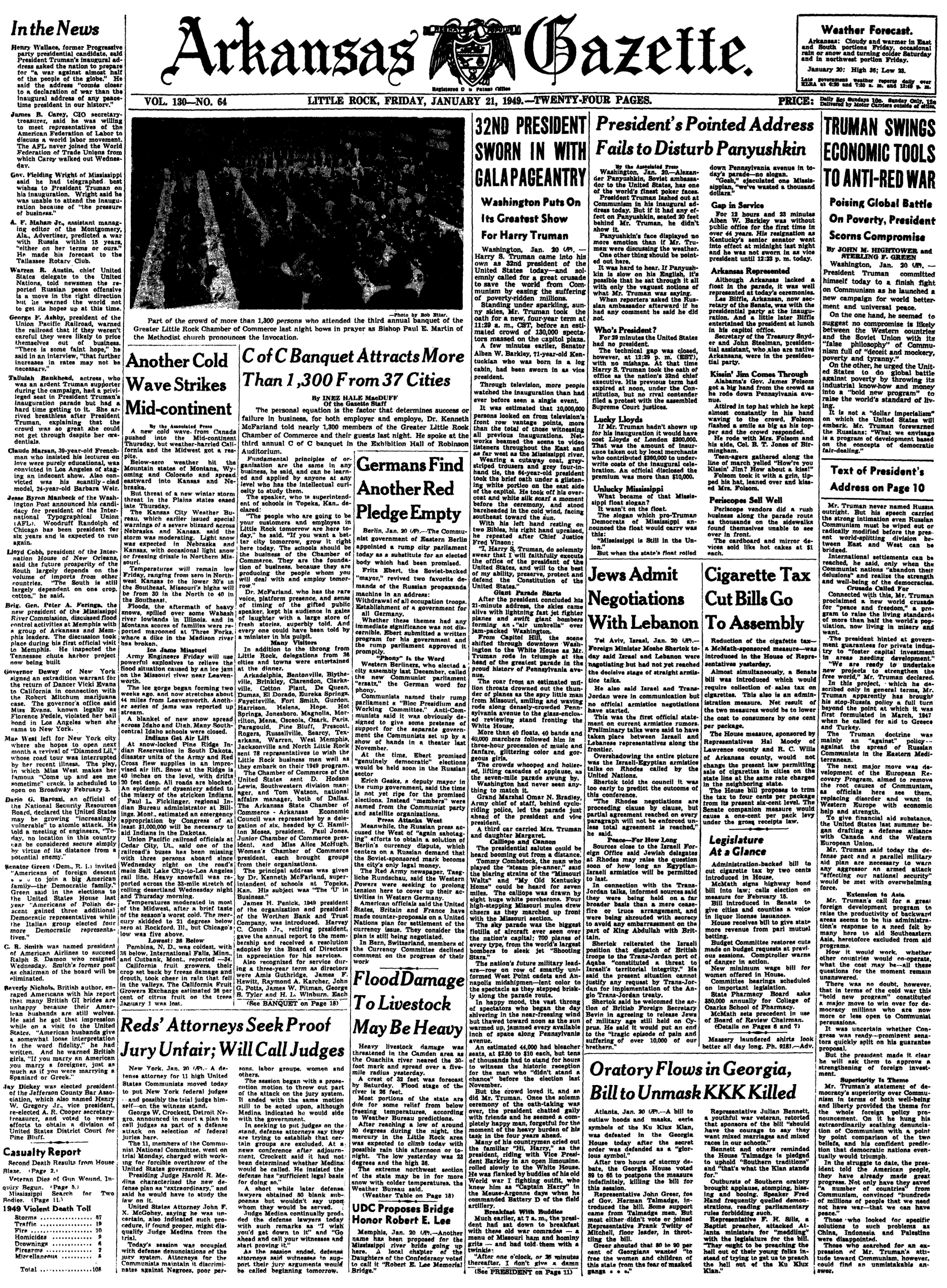