He did it! On a February morning 57 years ago, Lt. John H. Glenn successfully orbited the Earth three times in a little under five hours in the Mercury Friendship 7. As wire service reports on this Page 1 of the Feb. 21, 1962, Arkansas Gazetteput it, “the flight gave the United States, by any standard, its greatest day in space.”

The Gazette reported, “Glenn’s daring flight was considered by most observers to have gone a long way toward erasing this nation’s ‘second best’ look in the space race. It was only a modest early step in the program aimed at putting a three man expedition on the moon within this decade. But it raised hopes, as nothing before has that the United States has a chance to reach the moon before a Russian expedition.”

Under a translucent blue sky, almost 100,000 people crowded the beaches surrounding Cape Canaveral, Fla., that morning. More than 15,000 men were on standby for recovery and rescue operations.

The Gazette noted that, unexpectedly, Soviets cheered behind the Iron Curtain listening to Voice of America, Radio Liberty and Radio Free Europe. Regular television programming in Moscow was suspended to broadcast the flight, and radio frequencies had not been jammed by officials that morning.

President John F. Kennedy had been “fixated” on the mission since 6:15 that morning. “President Kennedy stepped out on the lawn behind his office when Glenn was plucked from the sea and expressed the nation’s “great happiness and thanksgiving,” the paper reported. After that, the president spoke with the astronaut by radio-telephone.

Glenn later would famously say, “I guess the question I’m asked the most often is: ‘When you were sitting in that capsule listening to the countdown, how did you feel?’ Well the answer to that one is easy. I felt exactly how you would feel if you were getting ready to launch and knew you were sitting on top of 2 million parts — all built by the lowest bidder on a government contract.”

The mission became bittersweet for Glenn. After his success, NASA and Kennedy decided that putting him in space again was too much of a risk. He was too valuable as a hero.

Eventually, his chance came again. Glenn bridged two eras of NASA history, when, at age 77, he became the oldest person to travel in space. Then a U.S. senator, Glenn was assigned as a payload specialist for the Oct. 29, 1998, launch of the Space Shuttle Discovery’s 25th mission. Glenn was the only member of the original class of astronauts selected in 1959 who flew on the Space Shuttle. 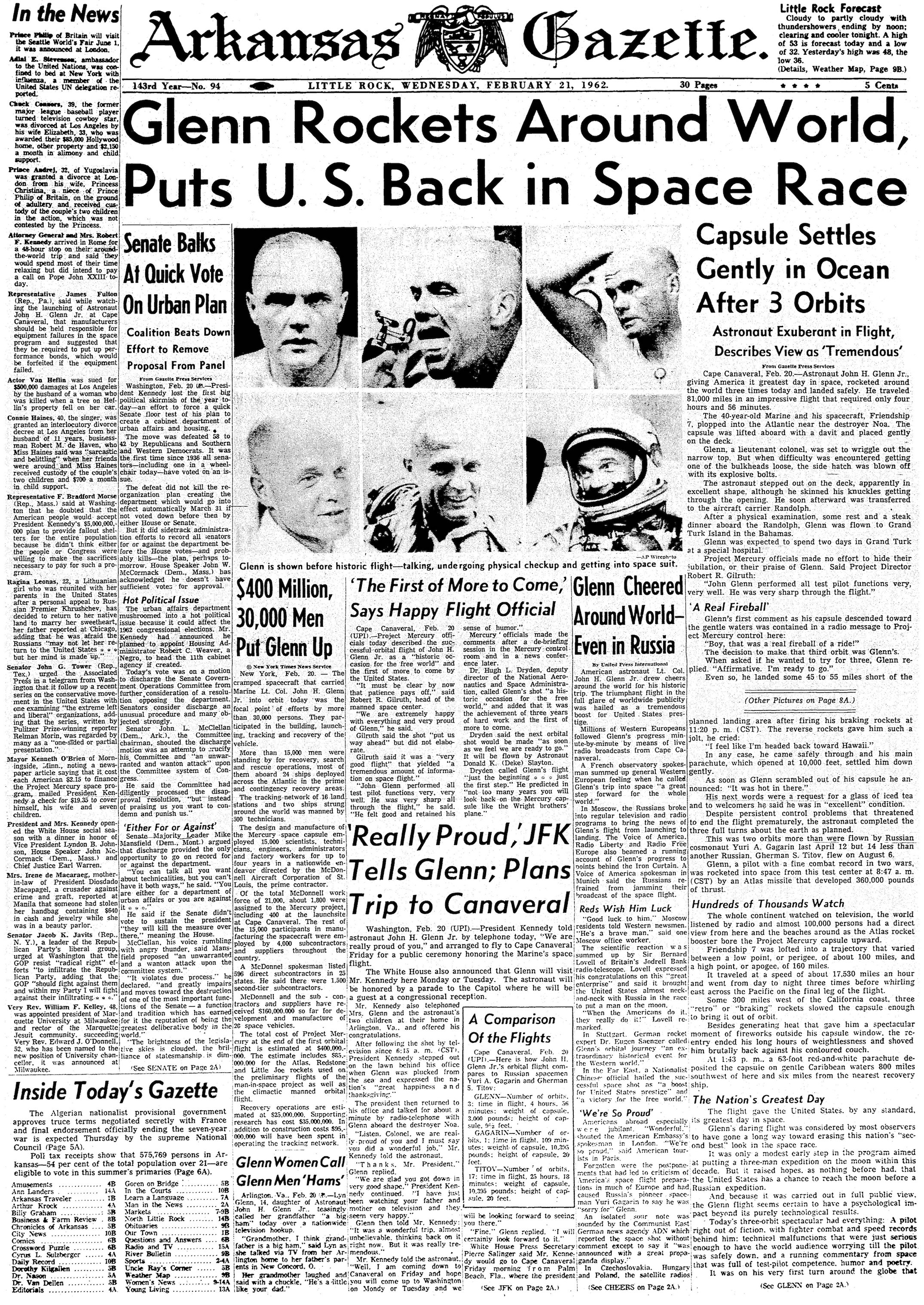